The Rocketeer doesn’t get enough love. The 1991 film from director Joe Johnston celebrated its 30th anniversary earlier this year. It put the comic book character the Rocketeer, also known as Cliff Secord, on the silver screen. Set in Los Angeles in the late ’30s, the film has a beautiful art deco look. And that style is making the leap to tabletop games with Funko Games’ The Rocketeer: Fate of the Future. Inspired by the Disney film, the board game puts players alongside Cliff to try to stop Hollywood actor Neville Sinclair. 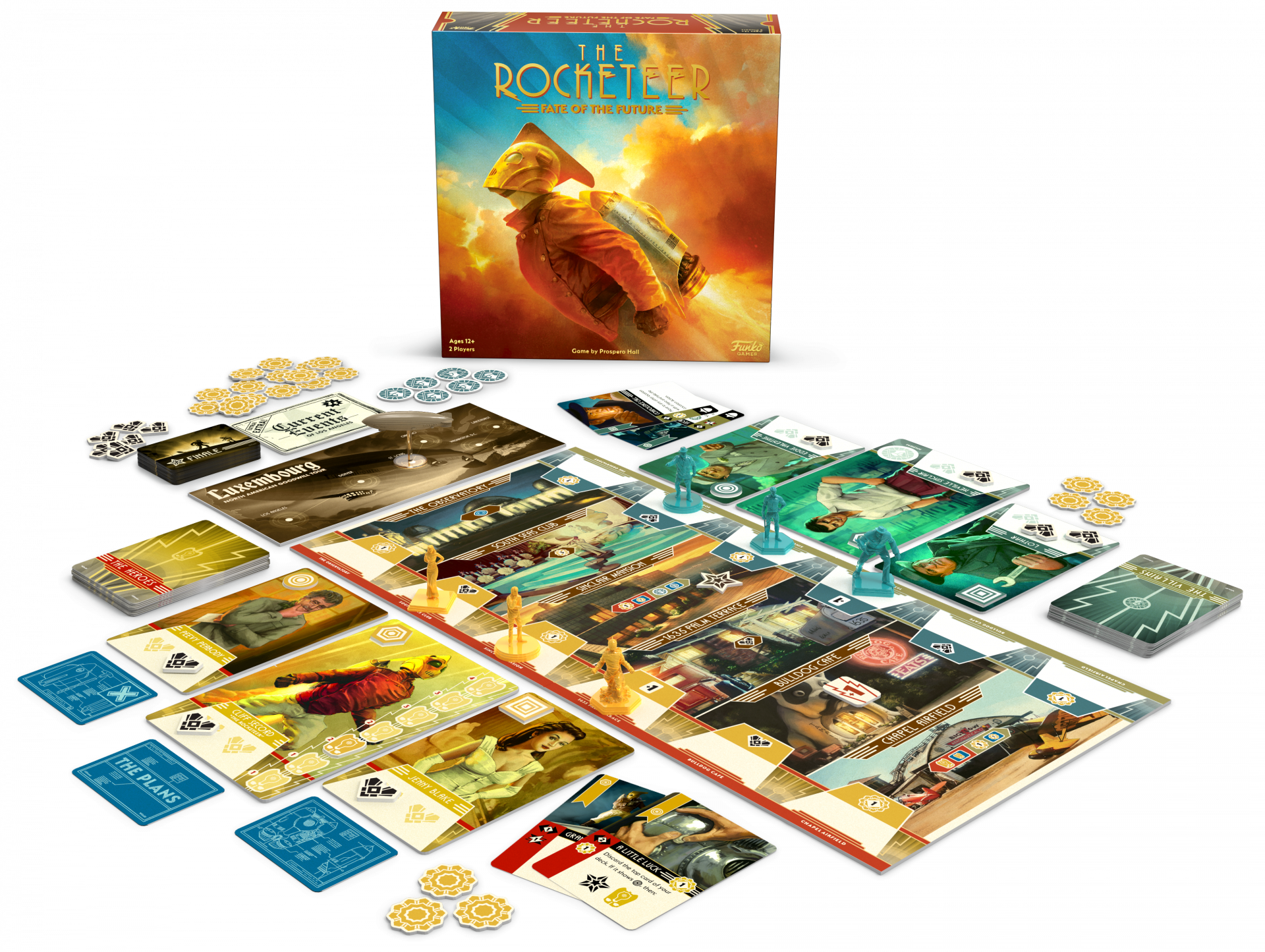 The nefarious Sinclair is scheming to steal the blueprints of the Rocketeer’s jet-pack. And because he’s nefarious, Sinclair plans to use the ingenious device for war. In this two-player strategy game, you can play as the heroes (Cliff and his allies) or the villains (Neville and his thugs). The game’s design will put you right into Hollywood’s Golden Age with gorgeous illustrations. I just want to set up the game to admire the art, even if I don’t have time to play. 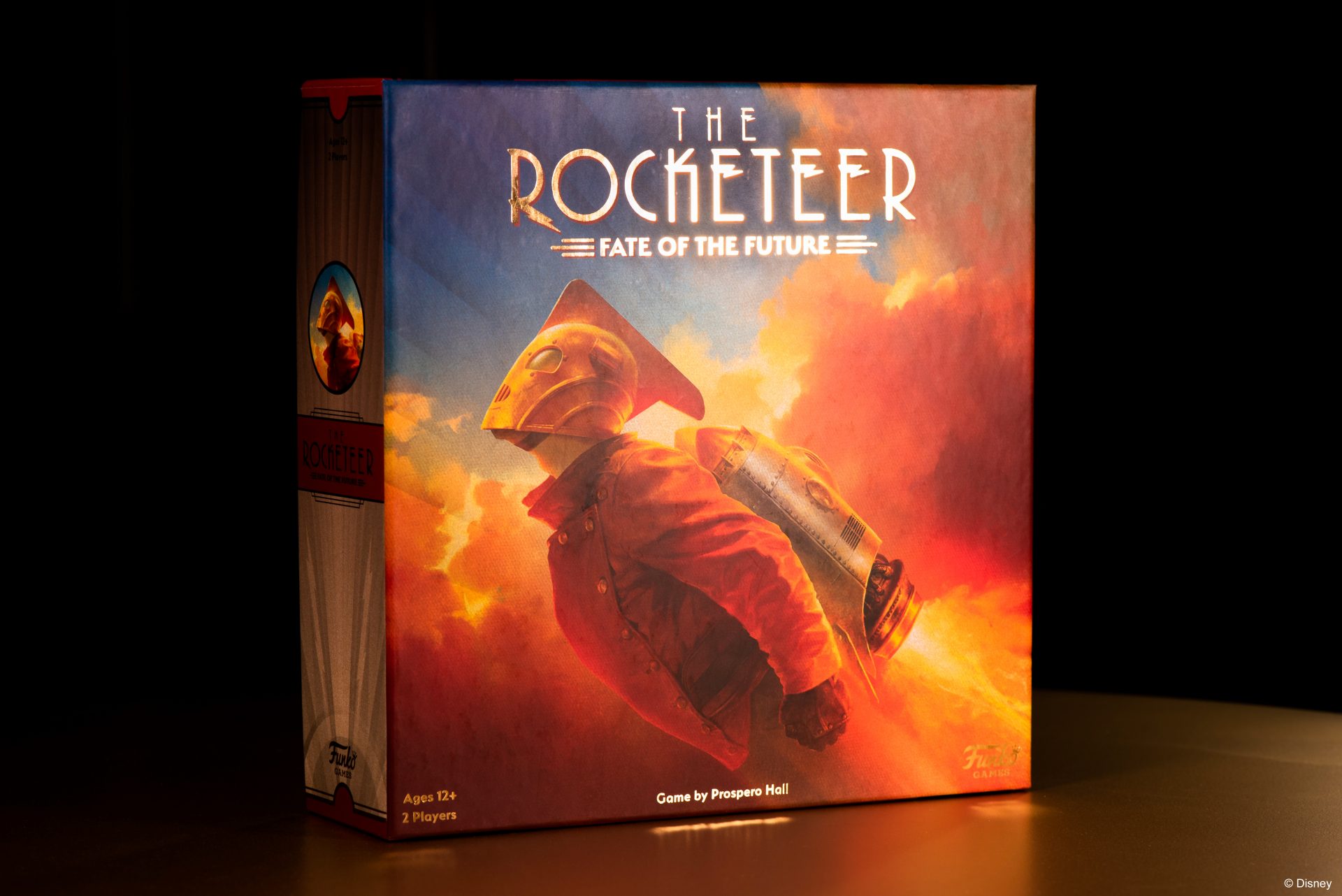 The Rocketeer: Fate of the Future comes with seven sculpted miniatures depicting the Rocketeer, Jenny, Peevy, Sinclair, Lothar, Valentine, and the Luxembourg, a high-flying zeppelin. The gameplay is cat-and-mouse style; you have to acquire the rocket plans and keep them hidden from your opponent. Special cards for heroes, villains, current events, and plans help players along their journey. What will you do to keep the rocket plans safe? Your actions could determine the fate of the future.

The Rocketeer: Fate of the Future will be available for purchase from Funko Games at Gen Con in September. You’ll find it on game store shelves in late fall of this year.