If there’s one thing we adult lovers of LEGO know it’s that builders who dabble with motors and Technic pieces are truly in their own class. (Also that spaceship sets are the best sets.) In a new video, YouTuber and LEGO aficionado Brick Science demonstrates this phenomenon perfectly with his robotic LEGO coffee machine. Which is completely superfluous, but would still be a treat to watch in the morning.

Brick Science—a.k.a. Riley—recently posted the above video to his YouTube channel. Apparently Riley loves to stay up late as well as wake up late, which leaves him in a lurch when going for his morning cup of Joe. His LEGO robotic coffee maker is a solve for that problem using his beloved buildable bricks. 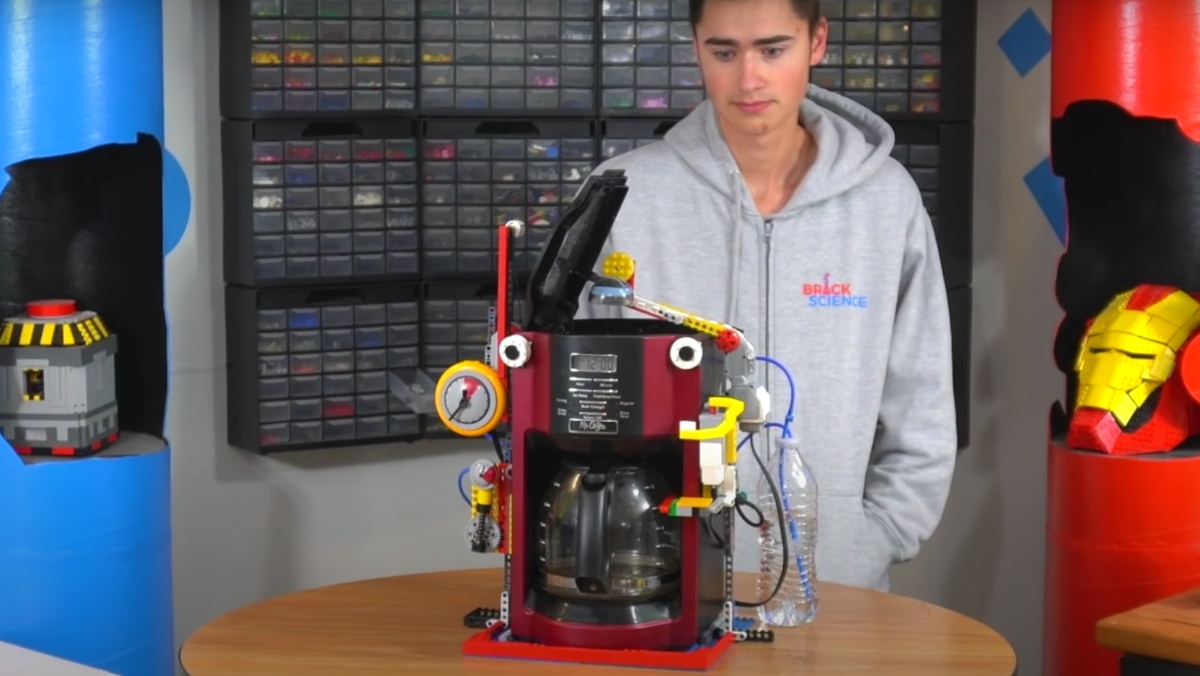 In the video Riley shows how he built the automatic LEGO coffee maker. As the YouTuber notes, his LEGO coffee-machine exoskeleton (our term) consists of four LEGO Technic motors. Including one to open the top lid of the coffee maker; one to fill it with water; one to scoop in coffee grounds, and, finally, one to press the button that turns the maker on.

Riley shows how he needed to come up with several clever ideas to make the contraption work. A motorized pump, for example, pulls water out of a bottle and into the coffee maker’s tank. The motorized mechanism that pours the coffee grounds into the filter is also brilliant; utilizing a “gyroscope thing” that allows the pouring arm to remain face-up until it’s time to dump the grounds. (This is a massive time saver because of all the messes avoided.) 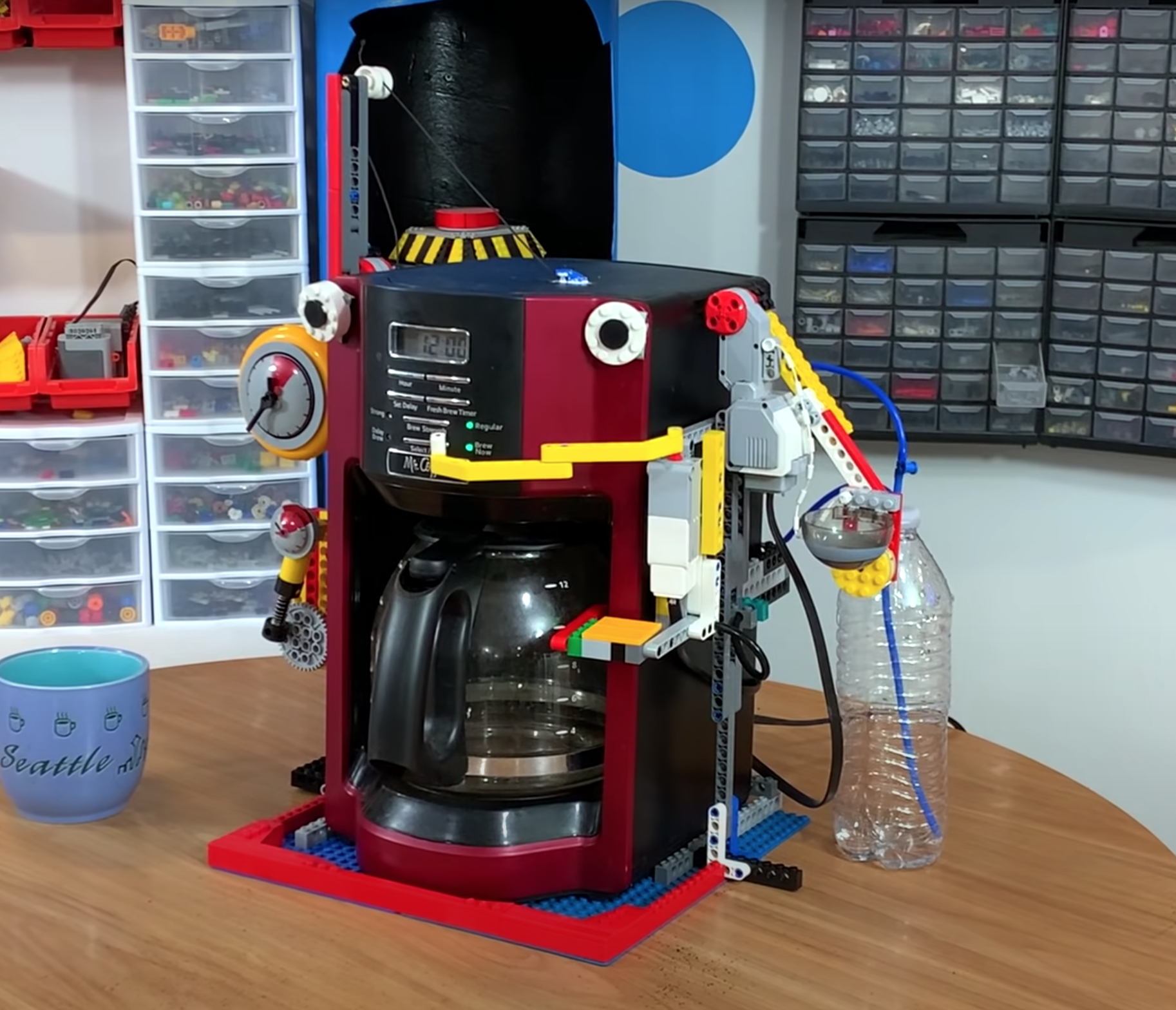 Riley reveals the final build around seven minutes into the video. And he looks like he legitimately just got out of bed when he does so. Regardless, the machine works flawlessly and makes coffee that “tastes like coffee,” which, let’s be honest, is often the best coffee gets. We would, however, like to see the builder add on automated sugar and cream functions. And maybe a couple of spaceships.