Although there are plenty of superheroes inspired by animals—e.g. the Tick, Ant-Man, some other ones that aren’t bugs—the kangaroo has, at least for the most part, been left out. And that’s really a shame, because kangaroos can fight. A fact evidenced, in slow motion, in the up-close video below of two of the marsupials duking it out.

John Downer Productions, a UK-based company, is behind the footage, and captured it with its so-called RoboSpy Kangaroo. The animatronic bot is just one of the many “Spy Creatures” Downer and his team have released into the wild before for the series, Spy in the Wild. The company’s RoboSpy Hummingbird, for example, was able to fly within a kaleidoscope of 500,000 butterflies.

In the clip, Downer’s RoboSpy Kangaroo spies on a group (or mob) of kangaroos in Australia. The first half or so of the video is dedicated to the adorable spy bot, and the bond a joey creates with it. Or at least attempts to create with it, as the RoboSpy Kangaroo offers nothing for the joey to suckle. 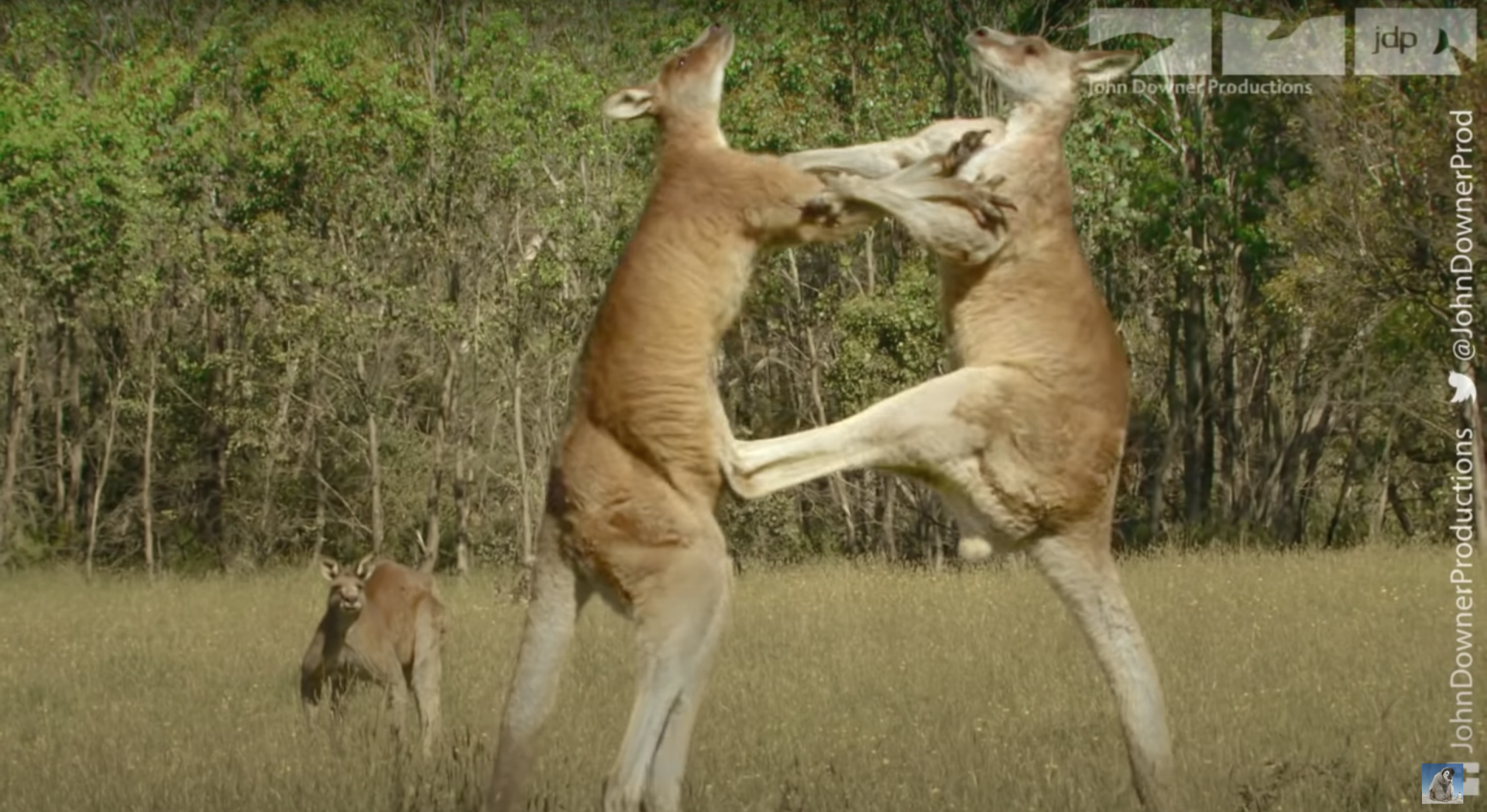 Then, about half way into the clip, the fight between a pair of competing males begins. The showdown’s kicked off when an outsider male approaches another one hanging with his mob. The outsider starts things off with what looks like a very constricting shoulder massage, but things quickly escalate.

Moments later—after a chase, which Downer and co. likely shot with a drone—the ‘roos box it out. Although, while the blows from their fists look bad enough, and quite scratchy, it’s when they begin to use their huge legs that things become downright brutal. Especially considering how compact the kangaroos are at roughly five feet tall, and somewhere between 120 and 200 pounds in weight. 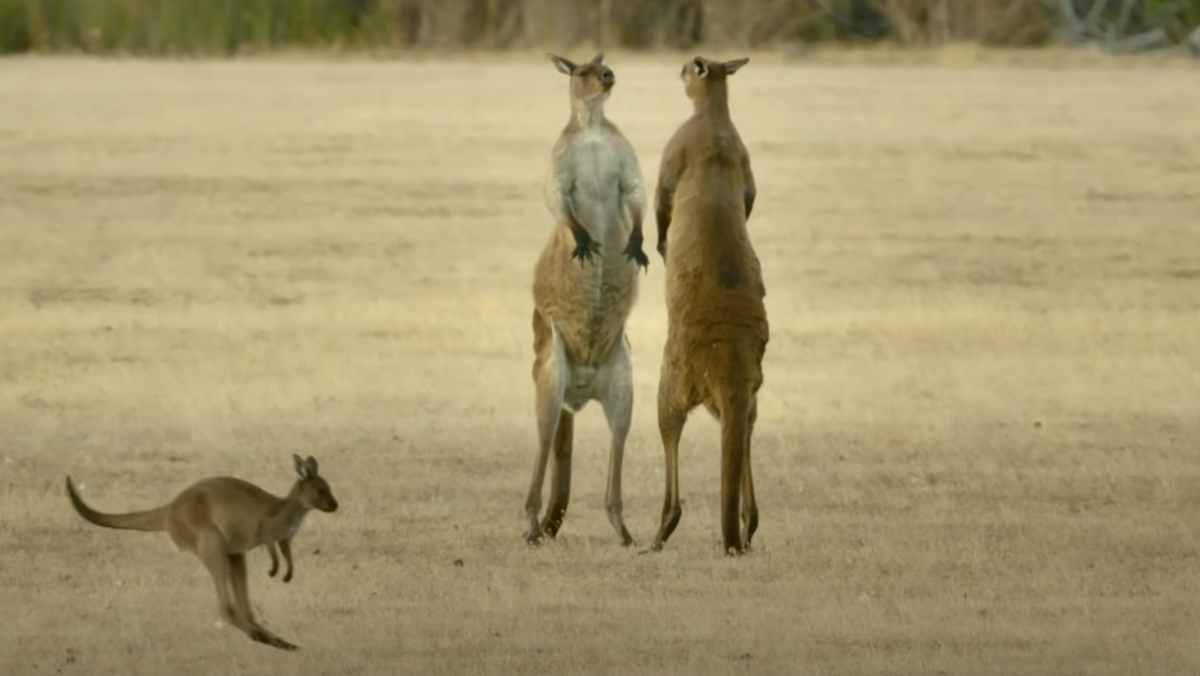 After a few incredibly nasty blows, a couple of which look like they’d liquify a liver, the fight’s over. The defending kangaroo thwarts the competition, and the two go their separate ways; the intruder, obviously in intense pain. Which, again, illustrates why a kangaroo hero would be so great. It could have some kind of ultra kick, and the ability to leap over buildings. Plus, it could have a utility pouch, and that alone is worth three movies and a two-season Netflix series.