Bring Home Itchy and Scratchy with This Vinyl Figure Set

The Simpsons have now been on the air for more than three decades. Another beloved cartoon has been around much, much longer though. In the world of Springfield, USA Itchy and Scratchy first appeared together in 1928. And since then they have redefined cartoon violence for generations. Now a new vinyl figure set will commemorate one of their most infamous, heartfelt moments. And we do mean heartfelt. It features the classic moment when Itchy gave Scratchy his own beating heart for Valentine’s Day. 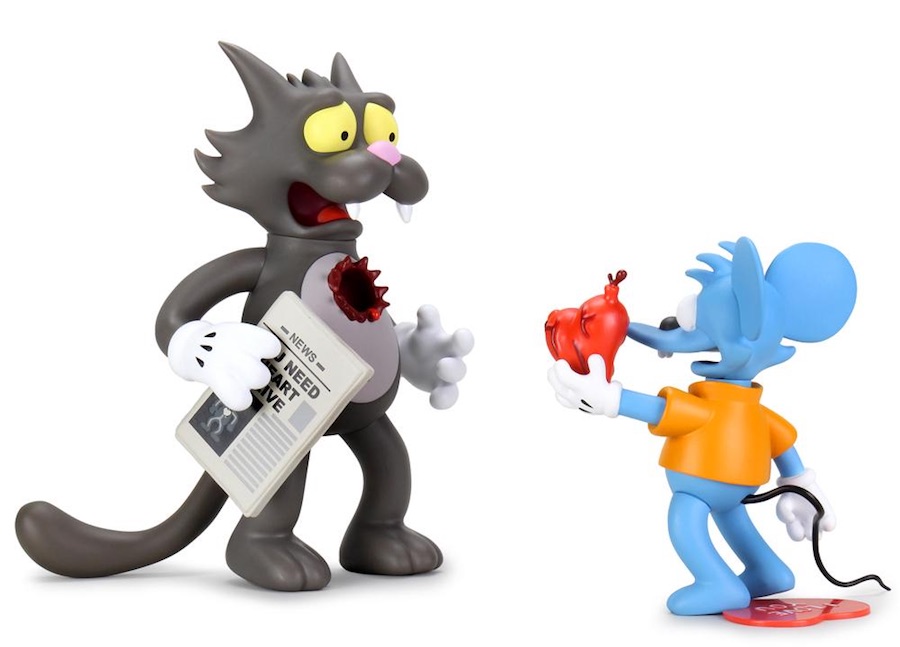 Kidrobot‘s newest The Simpsons collectible celebrates The Itchy and Scratchy Show‘s classic vignette “My Bloody Valentine.” It appeared in the (real) show’s season four episode “I Love Lisa.” The episode is best remembered for Ralph Wiggum’s own heart breaking live on The Krusty the Clown Show.

The set includes a shocked, screaming Scratchy with his ticker plucked from his open chest. He’s also holding a newspaper that says, “You Need a Heart to Live.” (Fact.) A smiling Itchy, standing on a small heart base, is next to him proudly holding up Scratchy’s heart. 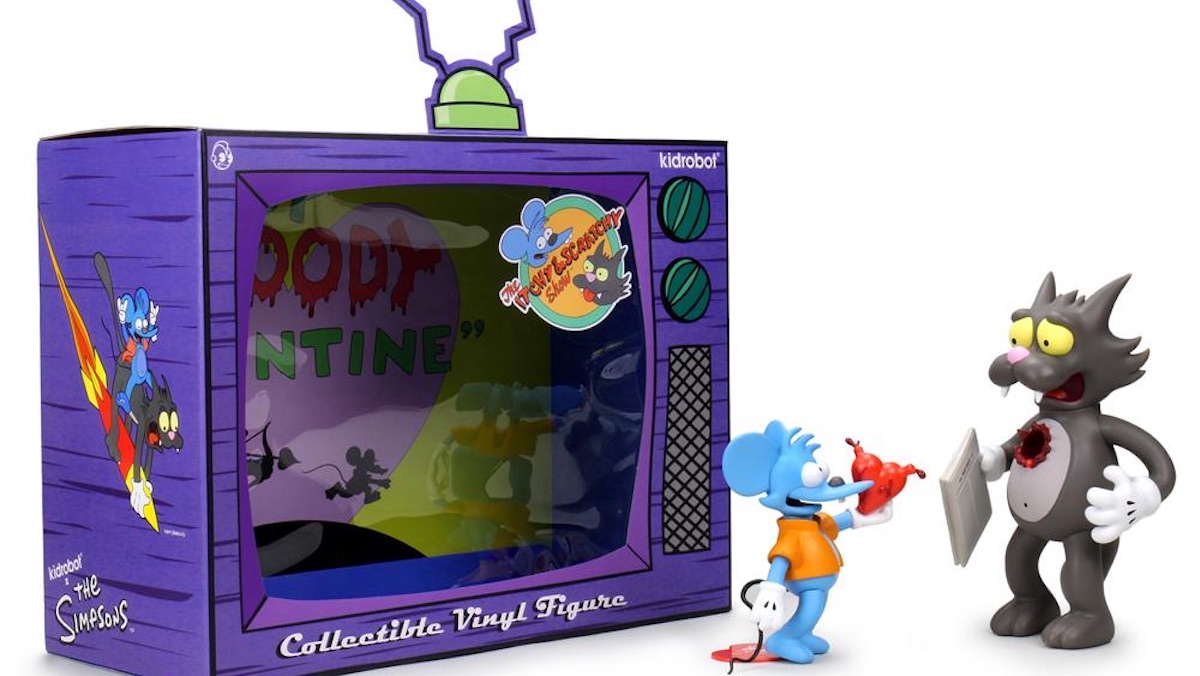 The figures also come in a purple box designed to look like the Simpson family’s television. It’s adorned with images from the actual cartoon, and also doubles as a nice display backdrop.

In addition to the full-color version of the figures, Kidrobot also has an exclusive, limited edition “Vintage” variant. It features the iconic cat and mouse duo in mostly black and white tones. Scratchy’s removed heart is still a bloody red though. It’s a throwback to the pair’s early days when Roger Meyers, Sr. was living comfortably off the stolen work of others. 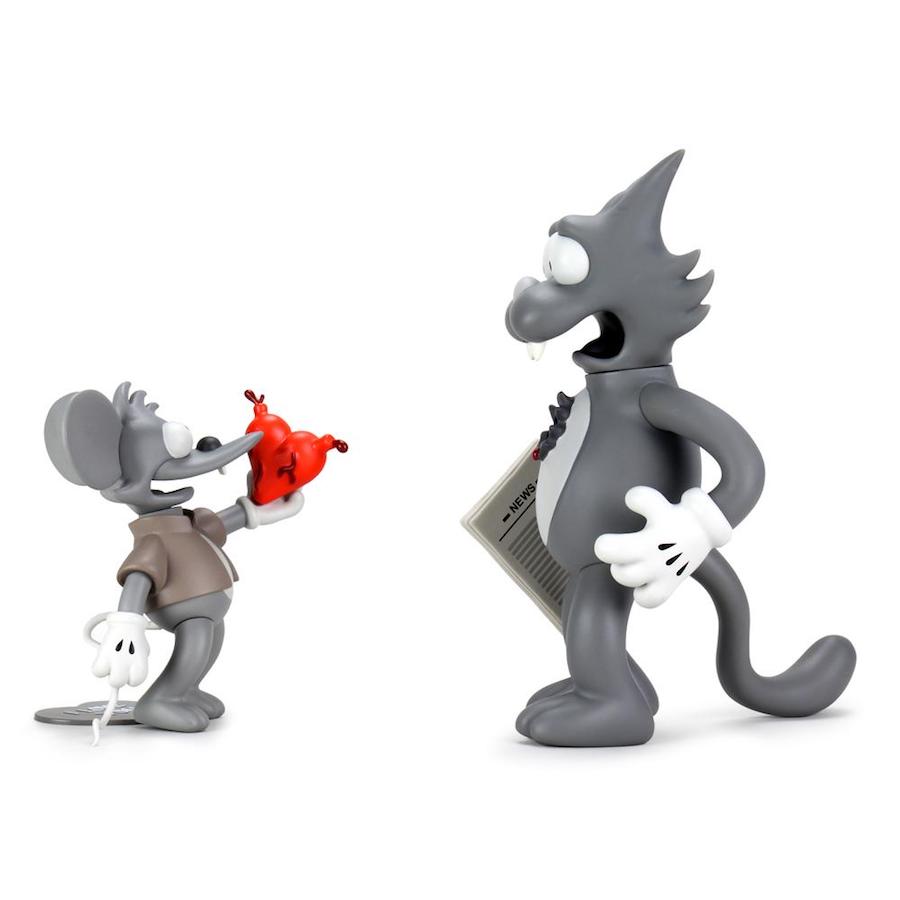 Both versions ($59.99) are available to order “while supplies last.”

So even if you plan to give this as a Valentine’s Day gift you probably don’t want to wait to order one. Itchy and Scratchy have been around forever. But we doubt these figures will be.

TAGGED: Itchy and Scratchy, The Simpsons