Ride Or Die: Turning Botches Into Wins With These GM Tips

GM Tips is our series to help Storytellers and Game Masters improve their craft and create memorable roleplaying experiences. Last week, we talked about fun dynamic encounters to run, and this week we talk about players who should never go gambling.

Let’s set the scene: The Icepick Kuklinski sat in his 1970s beater with multiple DEA agents bearing down on the party. A suspicious package from an unsavory source had just been dropped in the trunk, and in an attempt to avoid arrest, the Icepick hits the gas and slams face first into the nearest SUV. I botched.

We didn’t just botch once mind you, it felt as if we had multiple successive botches that led to this scenario our heroines found themselves in. Contemplating an entirely lethal shootout we stared down the barrel of the total-party-kill when our storyteller remarked that he’s never known any group of players to give up. Everyone rides or dies.

The statement was a simple truth, one I’ve witnessed time-and-time again with players, and I’m sure every GM has seen at least once. When the chips are down and the critical fails have come, characters become berserker heros ready to sacrifice themselves in the name of their gods (like Jeff the God of Biscuits). Perhaps it’s the separation between player and character, or the solemn realization that their end may be at hand, but they suddenly push forward into the craziest actions regardless of consequences.

So, what’s a storyteller to do when faced with cursed dice? How do we handle a sequence of botches that you can’t hide behind a GM screen? Here are some GM tips for these scenarios.

Sometimes, a character just needs to be maimed. You’ve got a choice when a PC botches on how badly the scenario unfolds and if it’s a lethal case—remove an eye. Getting a hand chopped off in a trap or having their membership card to a faction revoked for a social faux pas are fair play for player botches. These arguably, are no different from any GM would already do, but it’s always worth mentioning again. Every roll of the dice should always enhance the story; for better or worse. Rather than default to the “you shoot your friend” again, have the bow string snap and break a few fingers instead.

If you really want to take it home, tell the player their action succeeds and carry on with the scene, treating the critical fail as a success. The player will know there is a pendulum hanging and the ever mounting sense of dread will begin to creep in. This is particularly effective when the botch happens on something like a perception check, or a knowledge check. Surely nothing can go wrong when you botch your knowledge nature check! When the disease hits a few days later… the players know why and you’ve got a new story to tell.

Another way to “let them off the hook” without feeling like a big major NPC came to save the day is to let them fail the adventure. Instead of letting their bodies pile up in the dungeon though, make it clear they’ve to run and escape—and they aren’t coming back. Turning the adventure on its head and having the monsters then hunt and chase the players looking to loot THEM can continue for many game sessions on end. After a string of critical botches, players tend to expect that they will take some hit point damage or face some death—but they’ve gotten smug and soft over the years thanks to resurrection spells and healing magic.

Use the critical botches as an excuse to strip those abilities away… like they dropped their material components down an infinite hole. Let the bad luck pile up and then turn your adventure around. Hijinks will ensue as the characters race to escape the encounter with their lives—and we don’t stop there. Chase them for days, weeks, on end. Make it an almost act of comedy that some kobold or low level cop is putting a warrant and bounty out for their arrest. The Absurd Escape is a particularly effective method for social botches in court when someone critically fails that all-too-important diplomacy check.

Take It All The Way 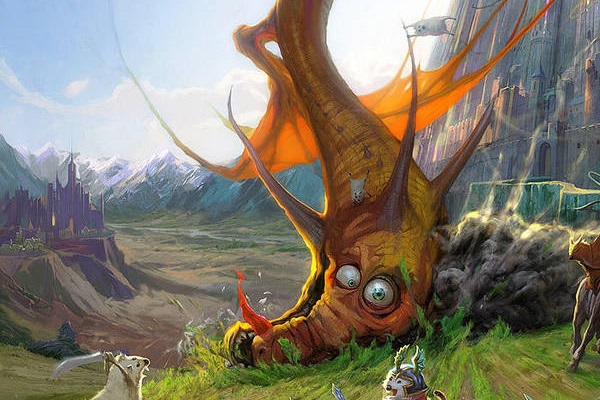 At the end, if your players are just cursed (not the characters, the players) to always botch every critical die roll you’ve got no choice as a GM. Remember Rule #1: Your players are the protagonists. Somehow, someway, they’ve got to win the fight. They may lose a few limbs, their best friend may die, and they may end up in crippling debt to the nearest archmage but dang it—victory is theirs. A string of bad luck should not be a reason to tank your story and start a new campaign, it should unfold new stories.

Gamers may cringe when storytellers put a little fiat in to save the players at the last minute, so there are other ways to ride botch-streaks till the end. Have the villain or antagonist take something important rather than kill them, or perhaps the monster decides to lay eggs in the characters after knocking them out. The dice giveth, and the dice taketh. After they’ve survived their botch streak (with your help of course) let them panic to undo what happened and—reward them gloriously when they get a crit streak. It’s bound to happen someday, and if we want to have fun when they botch, we’ve gotta be equally ham to re-balance the scales when they crit.

Someone here has to have an epic botch streak story! Let us know in the comments below!

Featured Image by: Metallic Dragons by Ralph Horsely for Wizards of the Coast

Image Credits: Spell Contortion by Wayne Reynolds for Wizards Of The Coast, Dragon Crash by Grafitart