RICK AND MORTY Is Pointing Towards a Darker Future for Rick

Rick and Morty‘s Thanksgiving special was a normal day for the Smith family. Rick turned himself into a turkey, again, to get a covert pardon from the President. Things then went horribly wrong for both men, resulting in the destruction of Washington DC and the deaths of many soldiers and giant mutant birds. Exactly the type of holiday disaster we expect from the smartest man in the universe. It’s also what we have come to expect from season five. “Rick and Morty’s Thanksploitation Spectacular” was the latest episode to serve Rick a cold dish of consequences. As his past mistakes continue to reap problems for him and his family now. All while pointing to far worse issues to come. 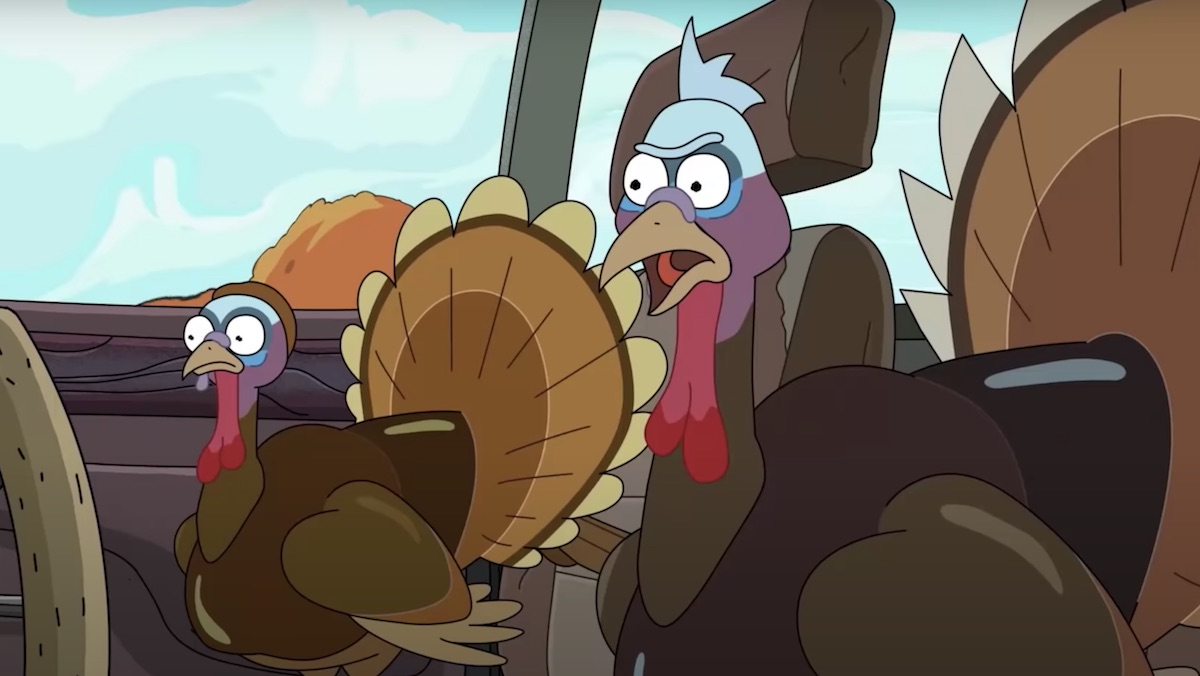 Rick’s history as a selfish, awful person intent on living in the moment has been the driving force of season five. In the premiere, he dealt with the fallout of a former friend turned enemy. As Mr. Nimbus forced his sworn enemy to make restitution for transgressions both old and new. In the next episode, Rick’s arrogance—passed on to his copies and his copies’ copies—led to an all-out decoy war. Decoys he had to make as a warning signal against the many foes who want him dead. And in episode five, “Amortycan Grickfitti,” Rick needlessly conning demons in a business deal resulted in his family having to escape literal Hell.

In an episode where Rick almost died because he had sex with a horse/human hybrid princess. Something he did despite though knowing the problems that affair would cause. Which ultimately included fathering a horse son and the birth of his grandkid’s accidental incest baby. (Side note: Imagine explaining any of this to a non-viewer?) 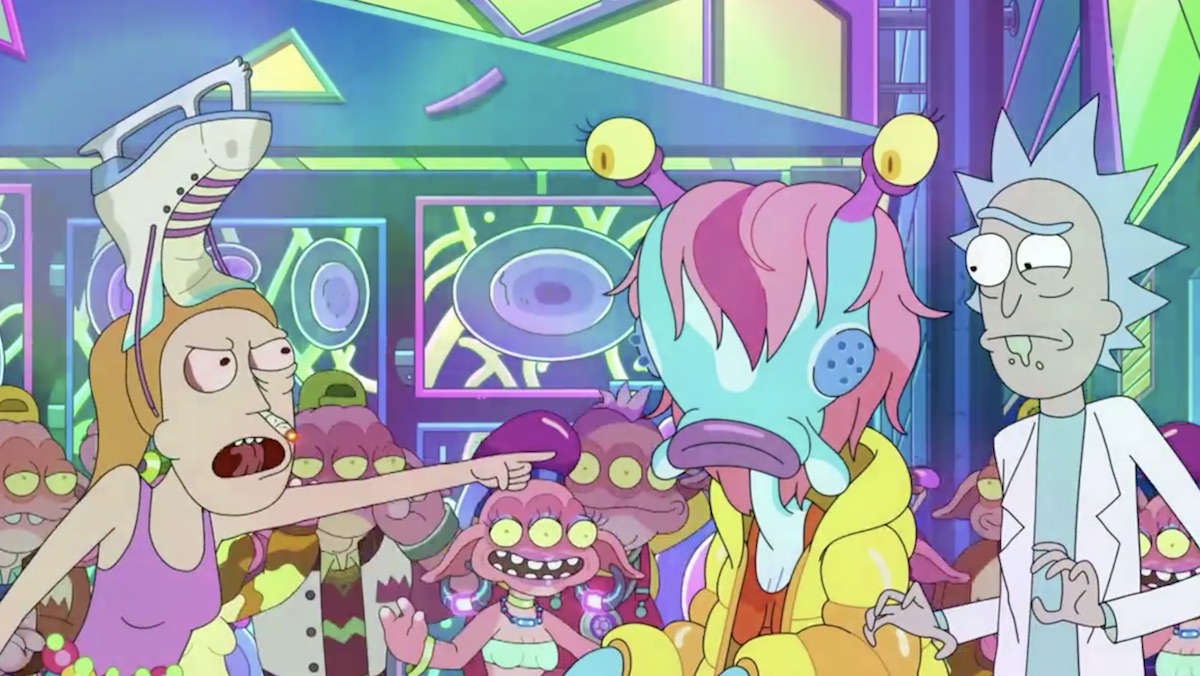 Rick’s previous transgressions have caused him problems before. Like the entire Galactic Federation hunting him down. But no other season has ever made his old mistakes a focal point of every plot. Oftentimes Rick’s new adventures result in new problems. Dealing with the past is the overarching theme of the season thus far. One with an obvious meaning: the bill always comes due.

What we put out into the universe will make its way back to us. A lifetime of selfish behavior, without thought or concern for others, will result in a lifetime of resentment. And that resentment will find you, the same way it keeps finding Rick all these years later. When you keep antagonizing a President—who’d rather be your ally—for no other reason than because you can, eventually he’s going to also turn himself into a turkey so he can stop you. You can foster so much hatred that a man dedicated to protecting the United States will let a giant French Trojan horse robot take New York rather than let you best him again. Almost resulting in Spider FDR eating you and your grandson. 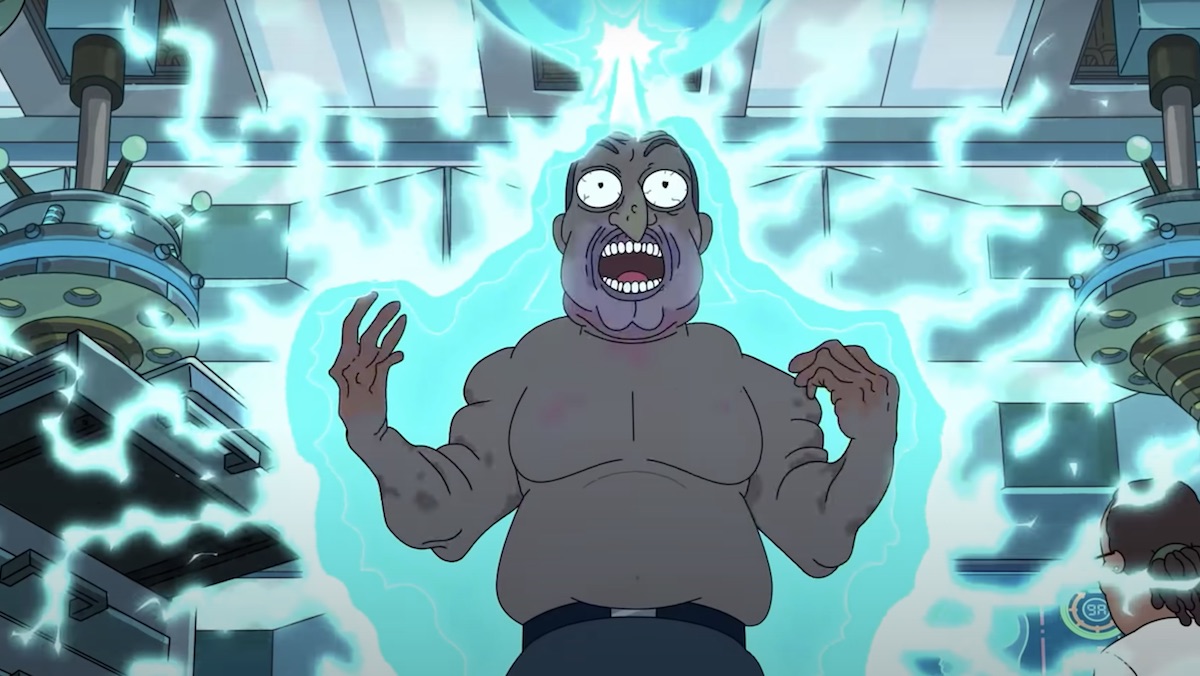 But this continuous buffet of consequences is more than just the show’s creators telling us, yet again, Rick is a terrible person we shouldn’t admire or emulate. The new season continues to build on season four’s finale. That’s when the family learned Rick didn’t even know which of his daughters is real, Home Beth or Space Beth. In that episode, where Rick realized his love doesn’t outweigh his own failings, the rest of the family realized they no longer want to deal with his crap. “Yeah grandpa Rick, don’t drag us into your bulls*** just because you’re losing control,” Summer said. They care about him and want him around. But even they got wise to his act. His continued selfishness was finally too much for even the few people who care about him.

Without any of the love they feel for him, Rick might now be on his own entirely. Living alone in a universe that hates him. A universe that season five has shown is no longer willing to put up with him. One ready to make him pay for all the pain he has caused. And he has caused a lot of pain. 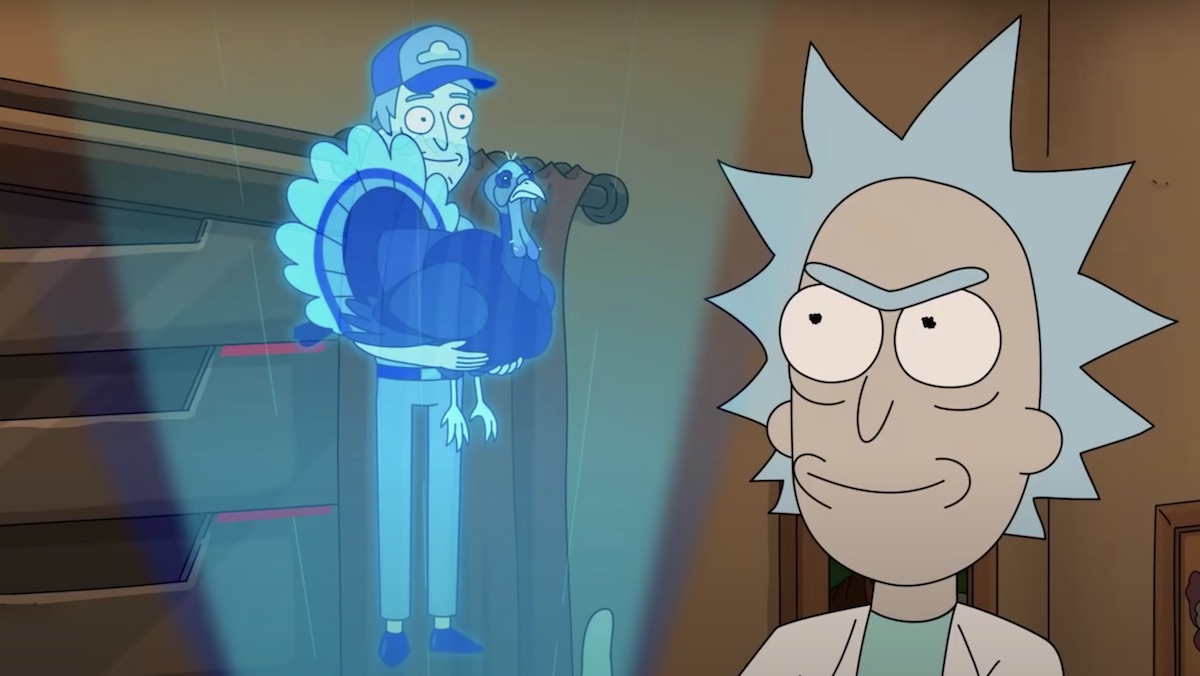 That’s what should really worry Rick. Aggrieved demons, a pissed-off President, an angry King of the Ocean, and his own decoys aren’t the culmination of Rick’s many past mistakes. They’re just the beginning. With four episodes left, season five has plenty of time to serve Rick more fallout. And with the way the show has ended the majority of seasons, with finales that have weakened the control he has over his family, or resulted in him in handcuffs, his biggest past mistakes could soon make for a dark future on Rick and Morty. And unlike turkey meat, the darkest parts won’t be the tastiest.