RICK AND MORTY Get Real Weird in New Trailer and Short

This is weird, right? We don’t have two wait two-plus years for new episodes of  Rick and Morty. Season five will debut on Adult Swim June 20, just 13 months after season four ended. This is almost like being a fan of a normal TV show. Of course, “normal” is not a word we should ever use about the adventures of the smartest man in the infinite universes. And if there was any doubt about that, the show’s latest trailer is one of the strangest, most absurd in series history. However, it’s not even as ridiculous as a new 17-minute short done in the style of a ’90s scrolling arcade game.

Rick and Morty are back in the latest season five trailer for the hit animated series. And there’s a whole lot going on. That includes the Smith family going full Voltron to try and stop a giant bug from destroying the Golden Gate Bridge. A massive hologram Rick challenging an entire planet. Everyone going all “Cyberpunk birds.” Rick performing brain surgery on himself. And Morty possibly hitting on a female Captain Planet.

Plus there’s more of Rick’s nemesis of the seas. And maybe the most unlikely development of them all: Rick thinking his family is cool. 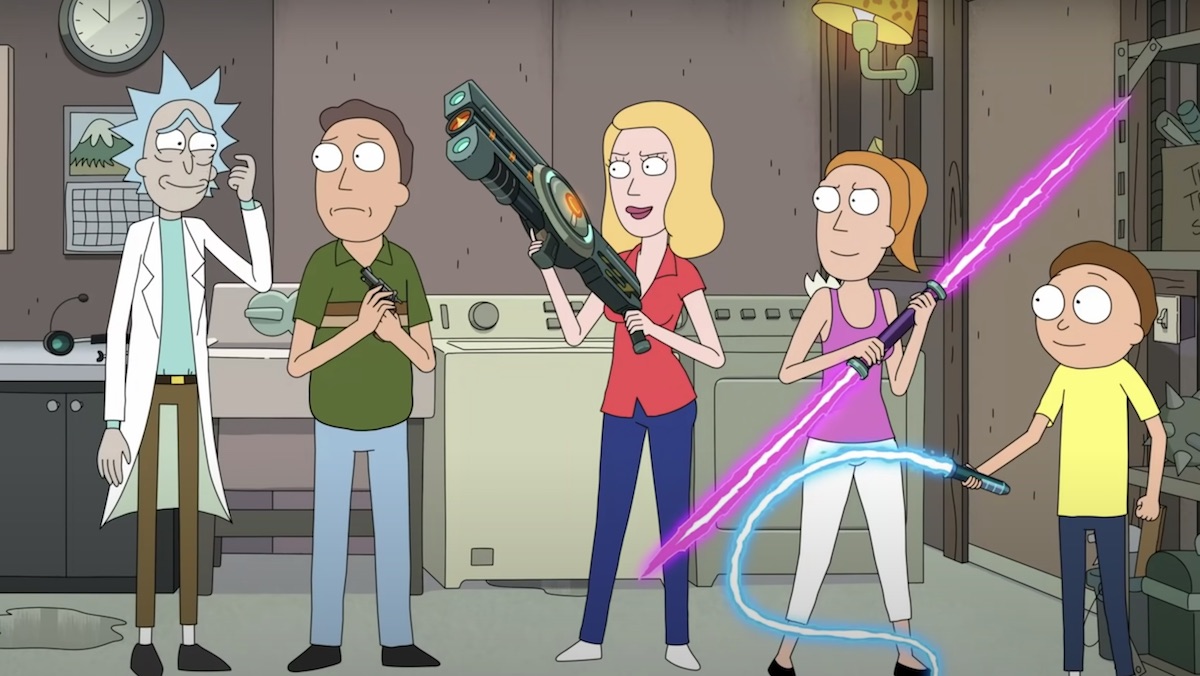 We didn’t even really need a new season five trailer. Just knowing the show will be back soon is enough. But Adult Swim gave us much more than that. The network also released a new short, “Rick and Morty in the Eternal Nightmare Machine” from animator Paul Robertson. He previously created “ Mr. Poopybutthole’s Beautiful Day.” This time he turned his pixelated video game aesthetic into an exploration of Rick and Morty‘s past, with a side-scrolling adventure about a failed simulation.

We don’t want to think about how many quarters we would have pumped into this machine as kids. Mainly because we would pump in the same amount right now as adults.

It’s really for the best this game doesn’t exist. But only because Rick and Morty will premiere new episodes soon. Normally we’d need something to pass the time between seasons.