RICK AND MORTY Teams With Wrangler Again for New Collection

After Wrangler jeans saved Earth on Rick and Morty it only made sense for the denim company to team up with Adult Swim’s animated series for a line of clothing. Sure, Rick might hate the Federation and authority. But the smartest man in the infinite universes loves corporate crossovers. And once that partnership was a huge success it really made sense for them to do it again. So Wrangler is back with a second Rick and Morty collection. 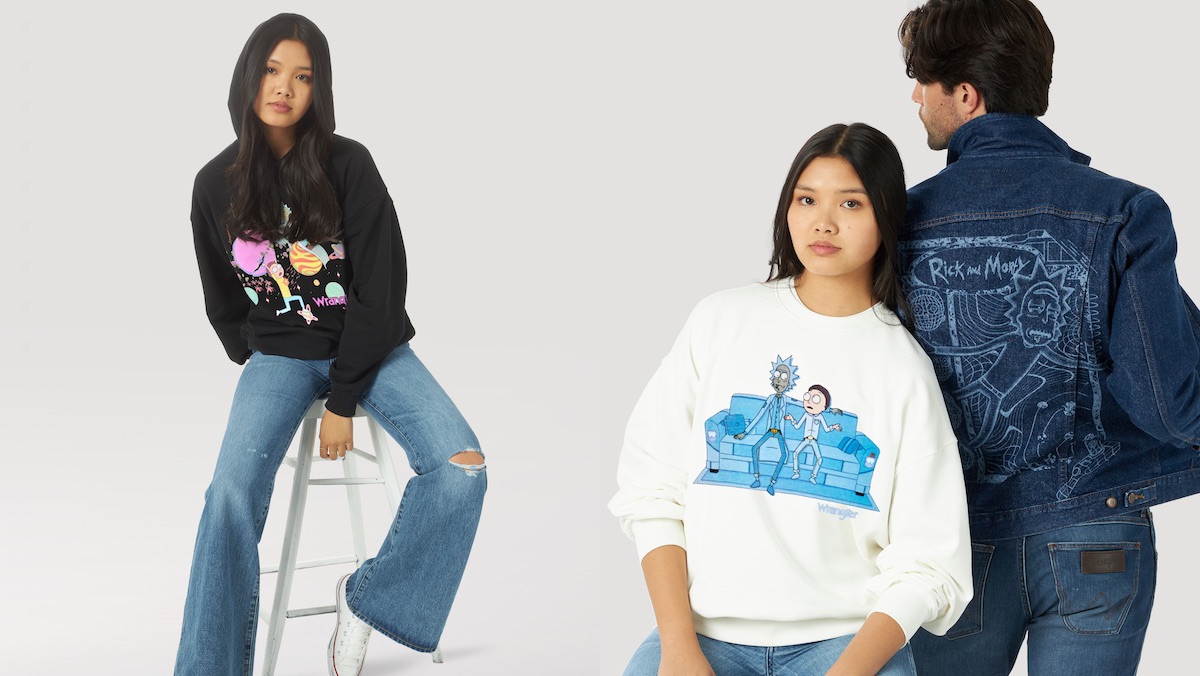 Last year Wrangler’s line of Rick and Morty clothing sold out. Twice. With that kind of success it was all but inevitable another collection would follow. Now that second union is official. Wrangler has announced it’s once again teaming with Warner Bros. Consumer Products. This year fans can get four new pieces based on the show. The new collection includes “dual gender pieces,” each with an original design. There are two 100% cotton French terry crew neck sweatshirts, a 100% cotton French terry hoodie sweatshirt, and a denim jacket sporting “custom artwork lasered” onto the back.

“As an iconic heritage brand, Wrangler has a strong history in pop culture, and we love to embrace opportunities to reach new fans when we’re naturally integrated, including Adult Swim’s Rick and Morty and the organic mention of Wrangler denim being indestructible by the NX-5 Planet Remover in the show’s season 4 finale,” said Holly Wheeler, vice president of global brand marketing at Wrangler, in a statement. “Entering into our 75th anniversary celebration, we’ll be sharing even more exciting partnerships that will blend our western roots with modern culture, revealing where the brand is heading for the next 75 years.” 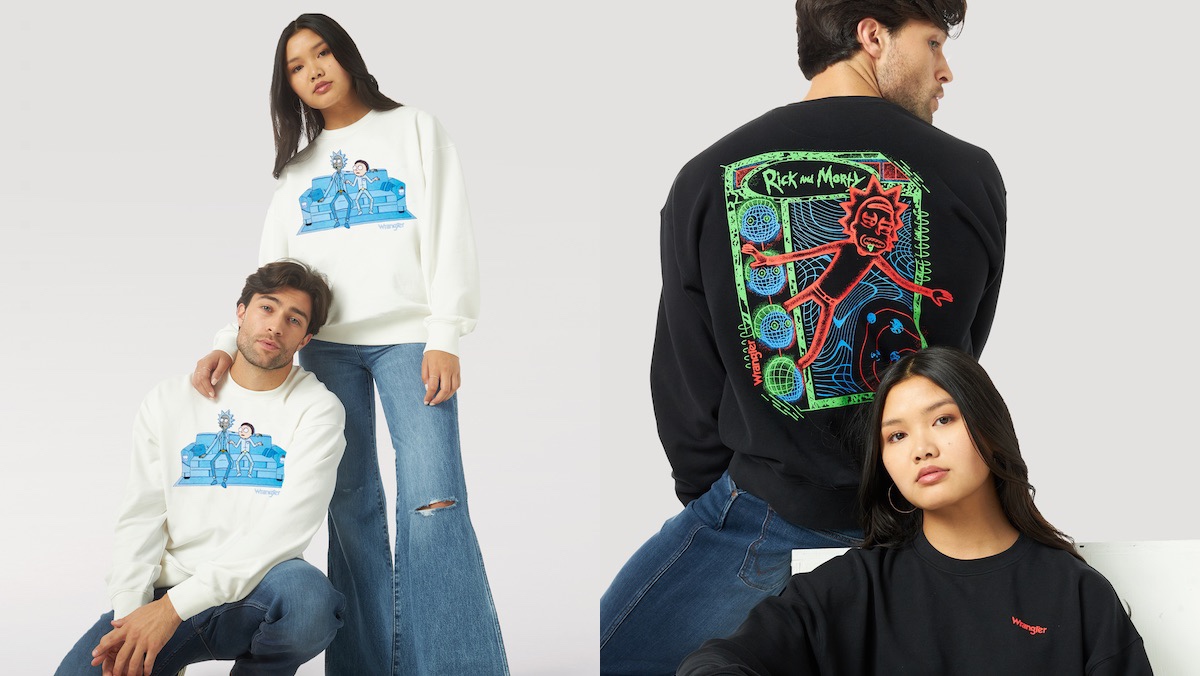 The Wrangler x Rick and Morty Collection is available only at Wrangler.com. Prices for the four pieces range from $59 to $79. And later this month fans of the show can also celebrate the series with the annual online Adult Swim Festival. It streams November 11-13 on Adult Swim’s YouTube channel.

Make sure you have some Wrangler jeans around just in case something goes wrong with the stream. We’ve seen that denim do amazing things when it comes to Rick and Morty.