For a show known for long interludes, there sure is a lot of Rick and Morty content for fans to enjoy these days. In addition to much shorter wait times between seasons, Adult Swim continuously puts out special shorts starring our favorite grandfather and grandson duo. And since the hit animated series takes place in an infinite universe, they’re technically all canon. So it’s fair to say the pair’s latest adventure, the anime short “The Great Yokai Battle of Akihabara,” is one of their most absurd yet. Rick’s quest to finish building a toaster leads to a massive showdown with a giant supernatural force. As an entire city faces annihilation over a single screw.

This short from director Masaru Matsumoto and Sola Entertainment packs a whole lot of story into less than half of the time of a regular Rick and Morty episode. (They fly through the dialogue. I had to pause it multiple times to catch up on the subtitles.) It features everything we’d expect from a normal installment of the show. Rick’s three decades long quest to make the least impressive toaster ever brings the pair into contact with an old forgotten rival and his supernatural forces. Fortunately, Rick has long been prepared for such a fight. He has a Pacific Rim-style Jaeger on hand. Along with his far more compatible toaster to operate it with.

In addition to lots of action and laughs, the short also includes commentary about Japan’s economy, gentrification, maid cafés, cosplay, and even Halloween. This is a full Rick and Morty entry. One with a style that looks more like the actual series’s animation than previous anime shorts for the show. 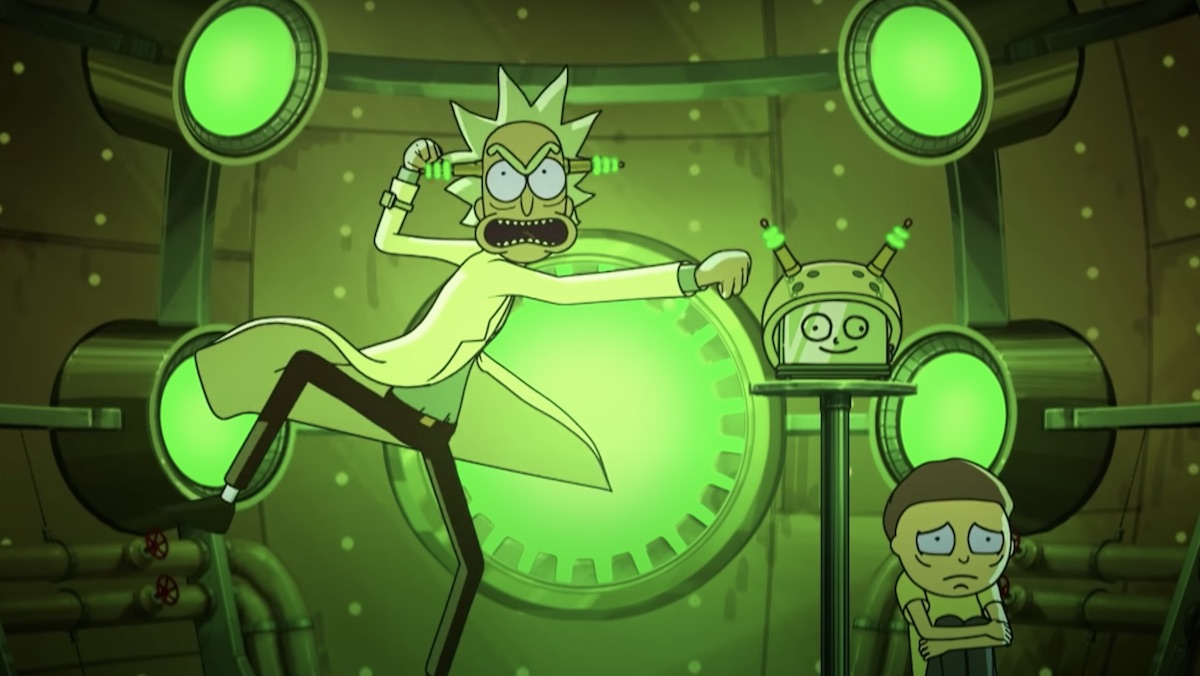 Would Rick risk an entire city’s fate over a single screw needed for a dumb toaster? Of course. And it’s now canon that he has.

The only surprising thing about this short is how often we get new Rick and Morty episodes.