Rian Johnson’s highly anticipated modern murder-mystery Knives Out has been garnering rave reviews on the festival circuit and just when we thought we couldn’t get any more excited he took to Twitter to breakdown some new character posters.

The director hit up the social media site to reveal the new posters and treat his followers to some exciting insight into the impressive cast of the upcoming crime thriller. He introduced the thread with an exciting introduction. “In the wake of our smashing Toronto debut the world is clamoring for some #KnivesOut character poster goodness? Alright FINE lemme see what I can do! In the style of those enticing character breakdowns that began Dame Agatha’s books, here we go…” 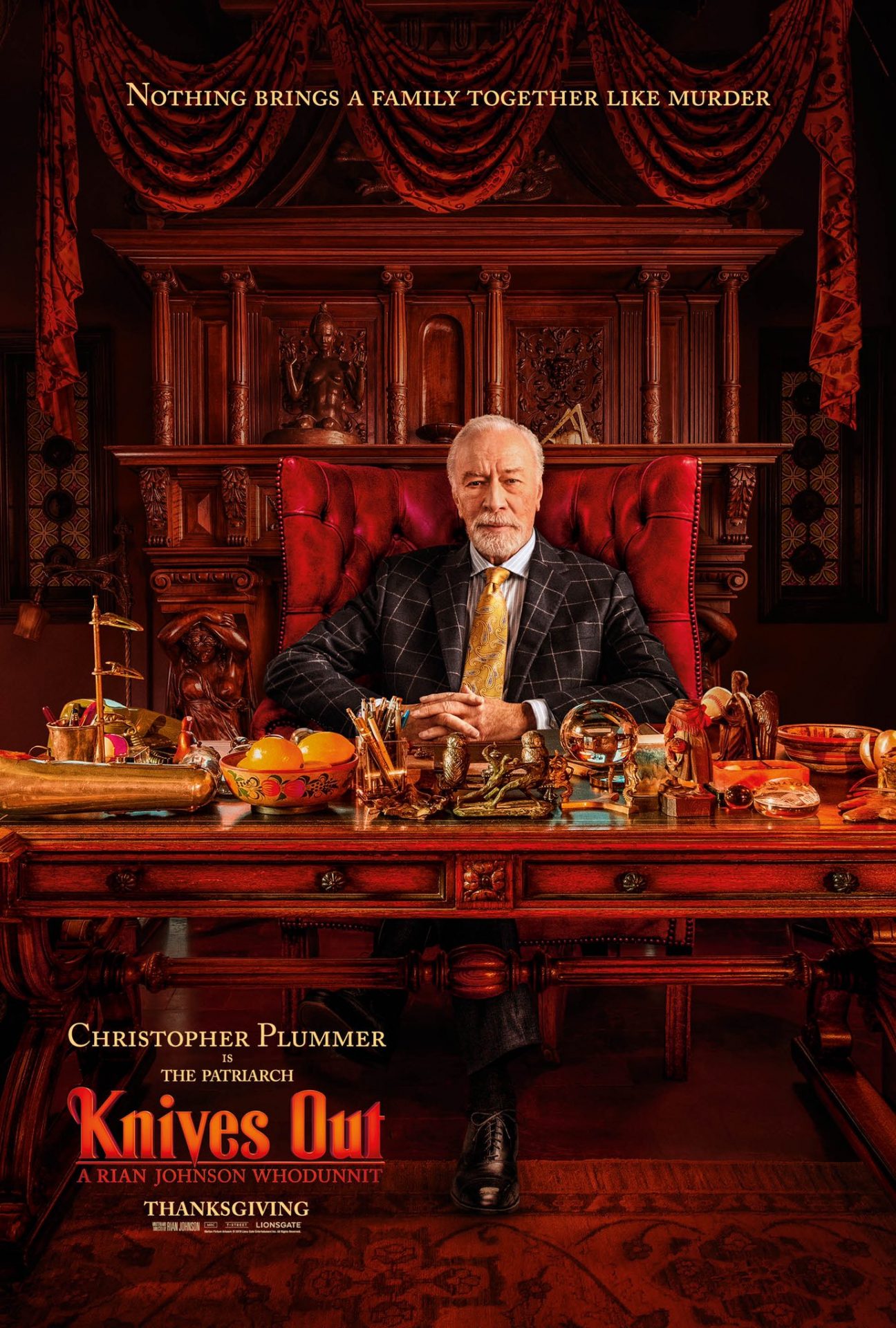 First up is Christopher Plummer’s Harlen Thrombey. According to Johnson, his death is the inciting incident for the dramatic events of the Agatha Christie inspired flick. “The world’s most successful mystery writer and the patriarch of this whole insidious clan. When he turns up dead under mysterious circumstances, the game is afoot…” 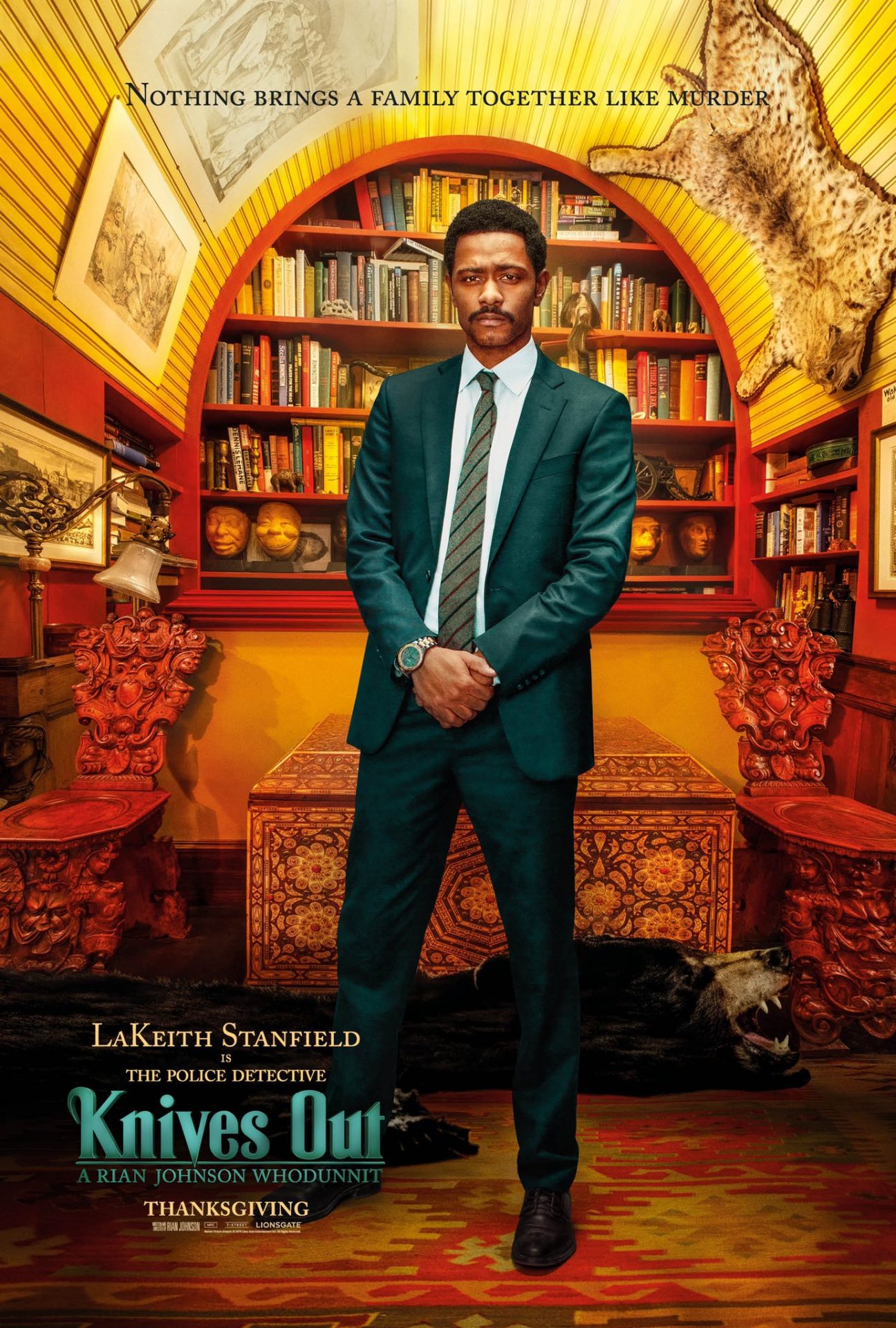 Next up is Sorry to Bother You and Atlanta star LaKeith Stanfield; he plays a cop whose expectations are turned upside down. “Detective Elliott. The cool-headed local police detective. He’s ready to rule Harlan’s death a suicide… but then the clues and motives start to surface, and suddenly he’s not so certain…” 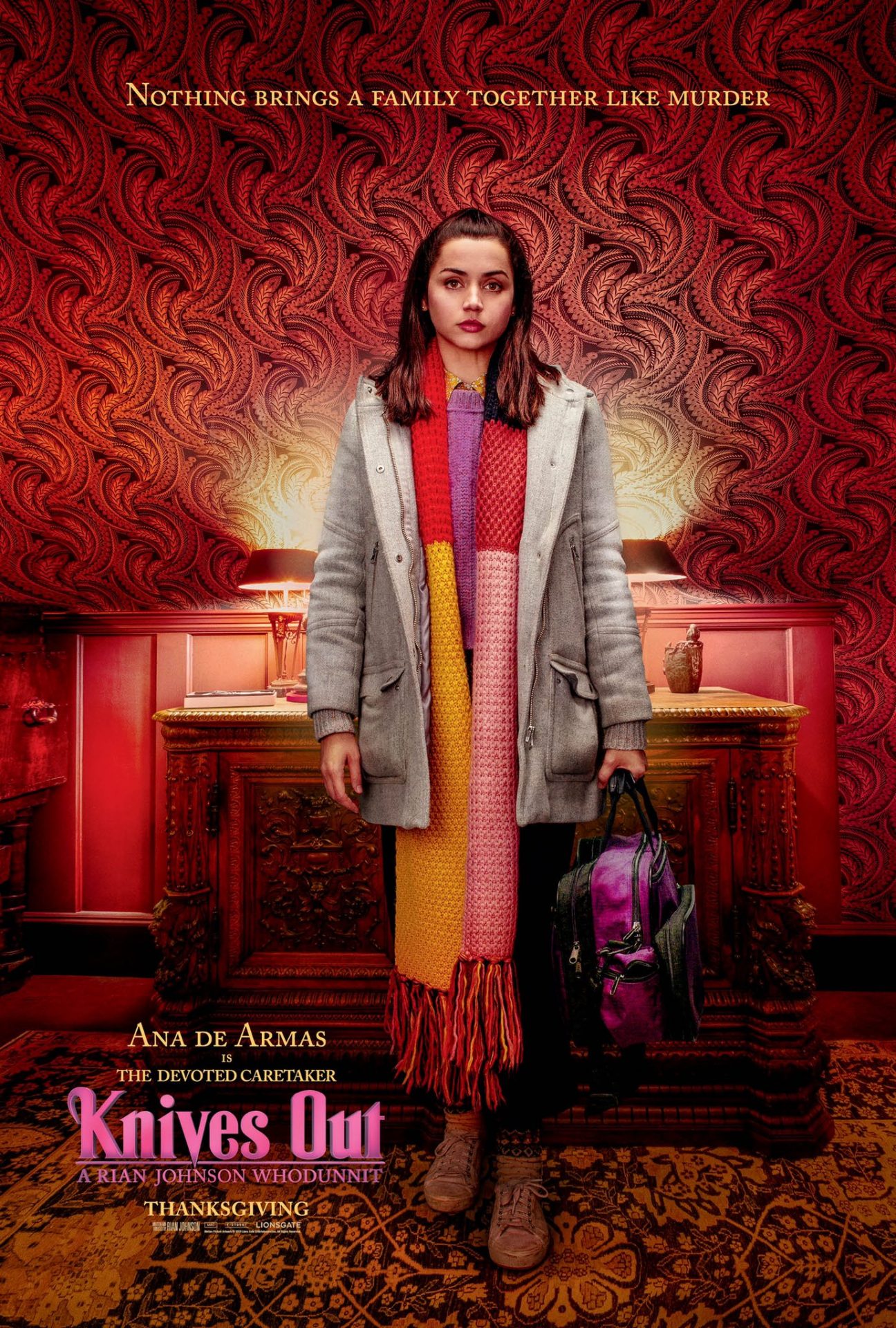 The third character poster Johnson revealed is of Ana De Armas’ mysterious carer. Johnson teased her thus, “Marta Cabrera, Harlan’s devoted caregiver. She was closest to Harlan, and has some secrets of her own to keep… secrets worth killing for?” 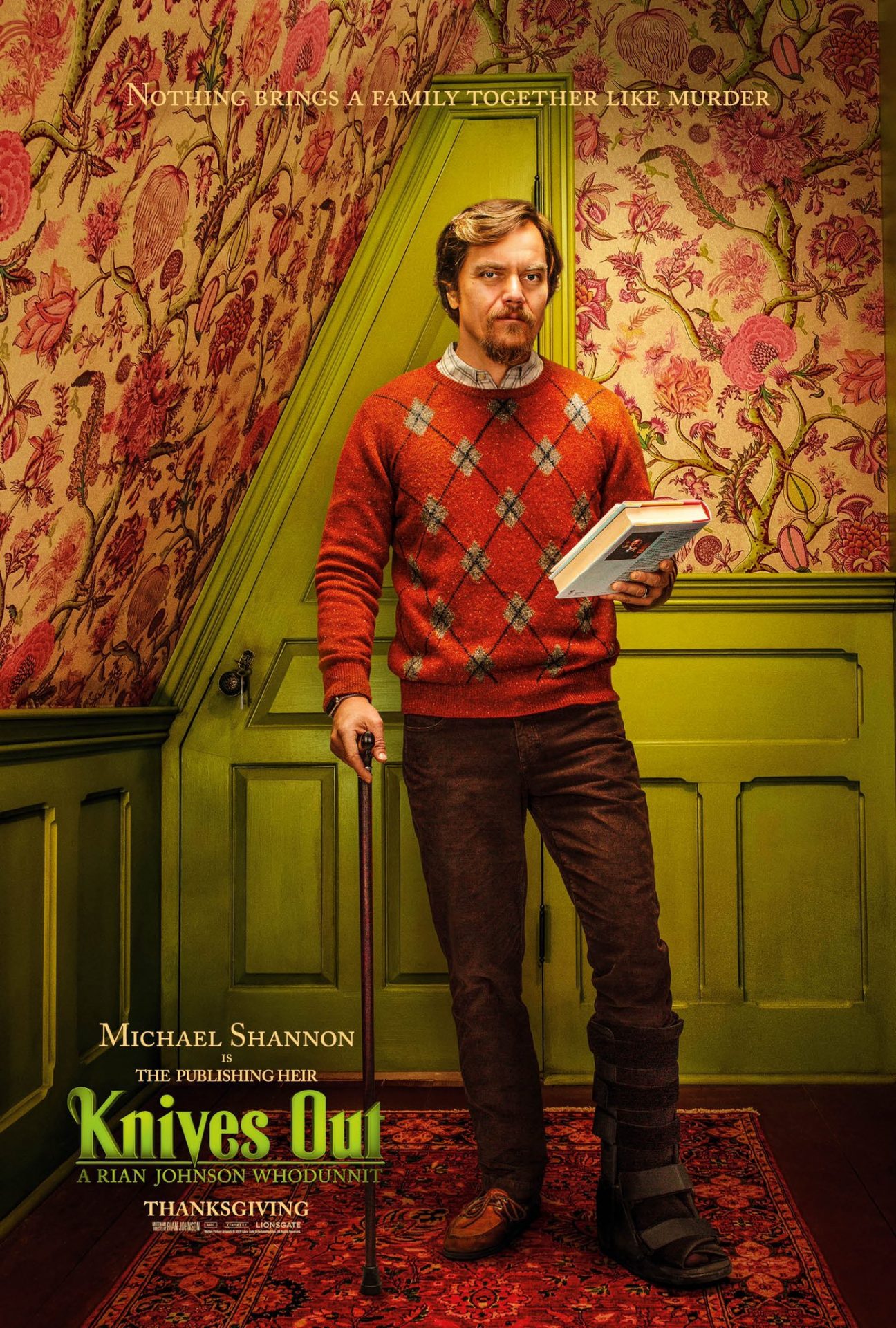 Who doesn’t love Michael Shannon? The answer is nobody because everyone loves him. Johnson is clearly part of that fan club and has brought the actor into the sprawling Thrombey family. He laid out the youngest Thrombey sibling’s potential motivation in his little Twitter blurb. “Walt Thrombey, Harlan’s youngest son. Walt runs the family publishing company, but his ambitions reach much farther. Would he… kill for them?” 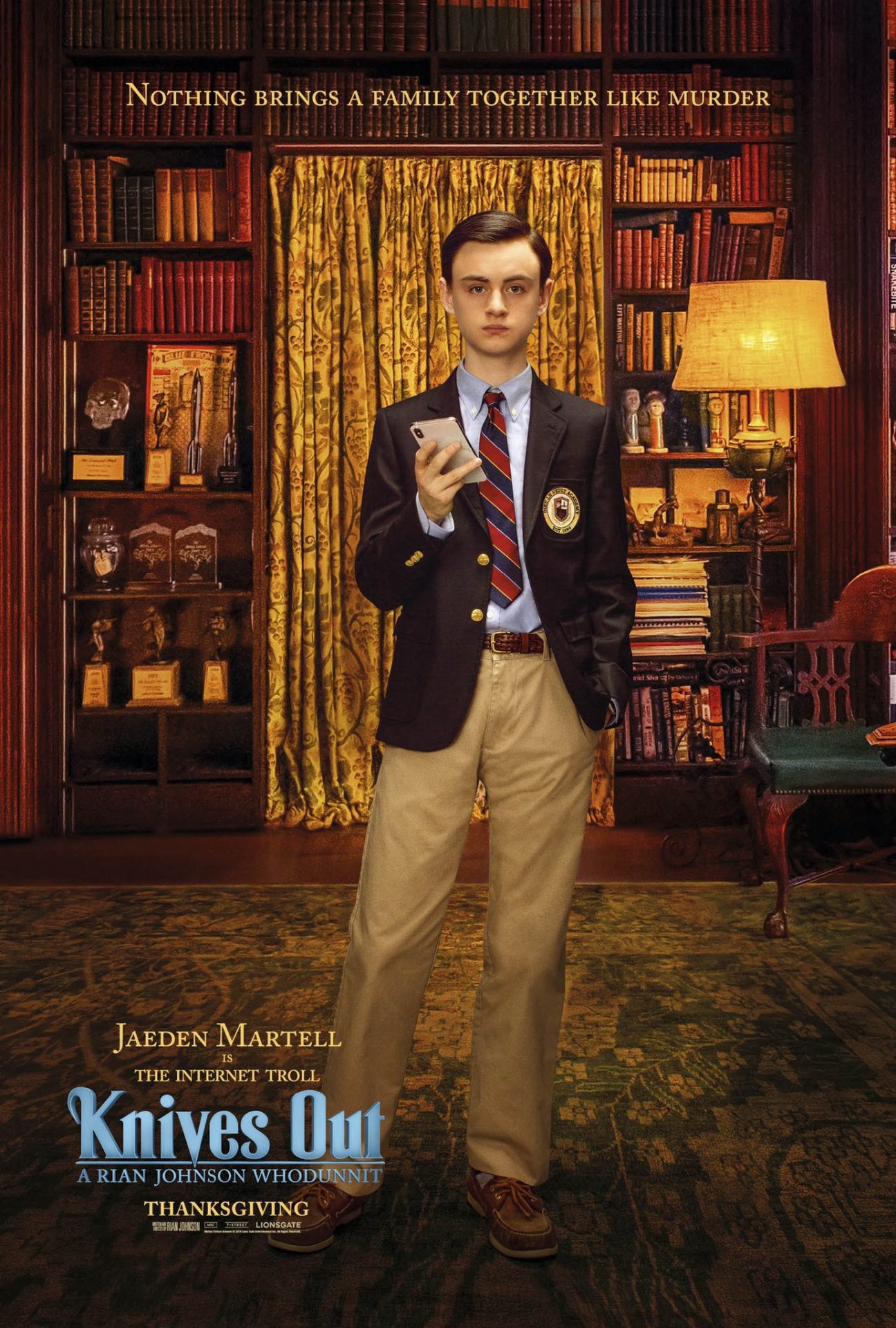 In a perfectly 2019 piece of character work, it looks like one of the suspects might be an internet troll played by Jaden Martell.  Johnson succinctly summed up the young would-be killer in the charming thread. “Jacob Thrombey, Walt’s son. He spends every moment of the day on his phone… could he have trolled his way into murder?” 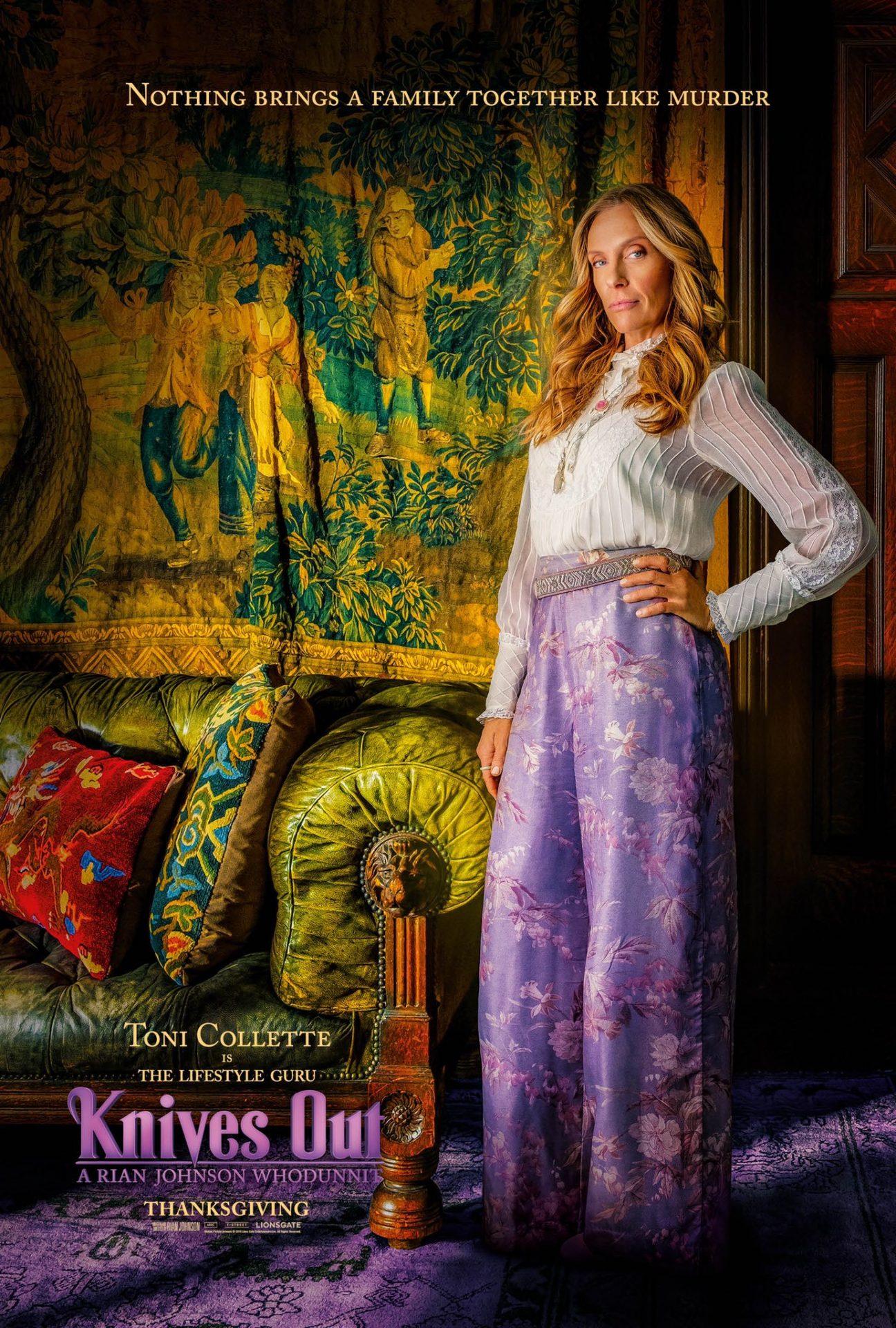 Toni Collette is nothing less than an icon and after showcasing her horror chops in Hereditary she’s headed into the dark comedic thriller territory of Knives Out. According to the director, the fashionista might have another more murderous hobby. “Joni Thrombey, Harlan’s daughter in law. She’s made a killing with her lifestyle brand Flam(R) … but if she was desperate enough, would she stop there?” 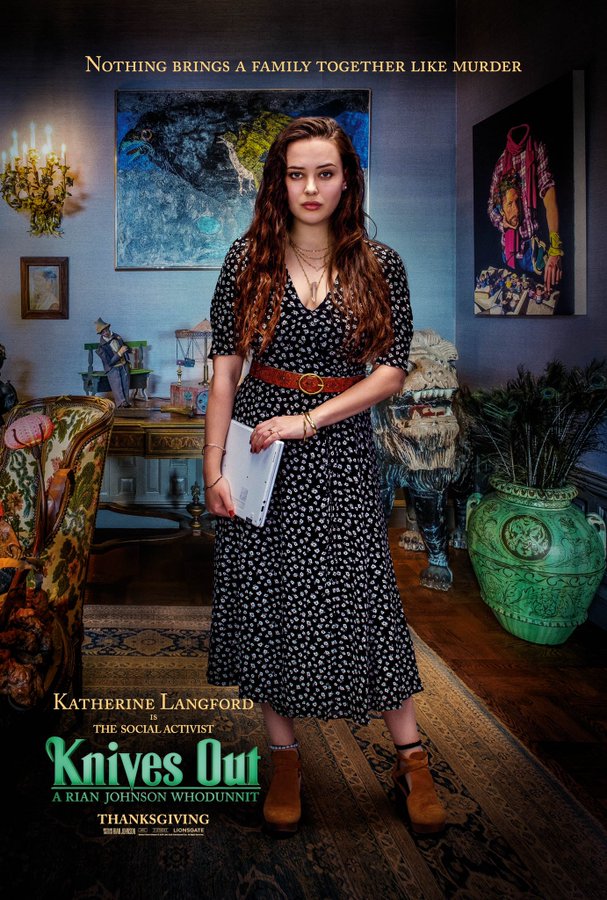 Like any good murder mystery, there are plenty of family members to put under the microscope, and one of them is Joni’s daughter who is being brought to life by Katherine Langford. According to Johnson, her Ivy League education might be the reason that she could have been the one holding the deadly weapon. “Meg Thrombey, Joni’s daughter. Well studied at the best liberal arts colleges in New England… but could her syllabus have included cutlery skills?” 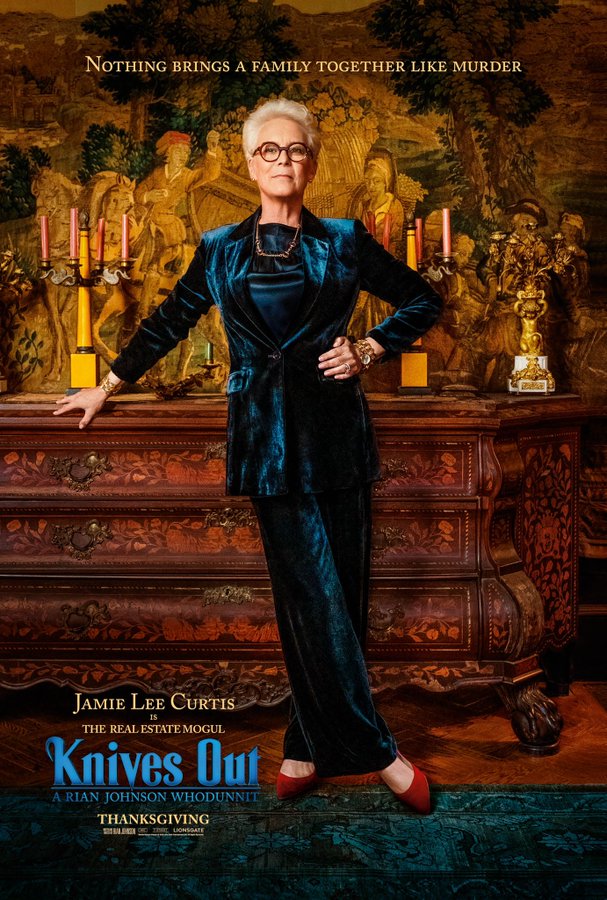 Jamie Lee Curtis is the ultimate screen queen, final girl, and icon of our hearts. We have a whole bunch of joy that she’s in the movie. Johnson kept it short and sweet when it came to Curtis’ character another of Harlen’s children. “Linda Thrombey, Harlan’s eldest daughter. She has a head for business… does she have a heart for homicide?” 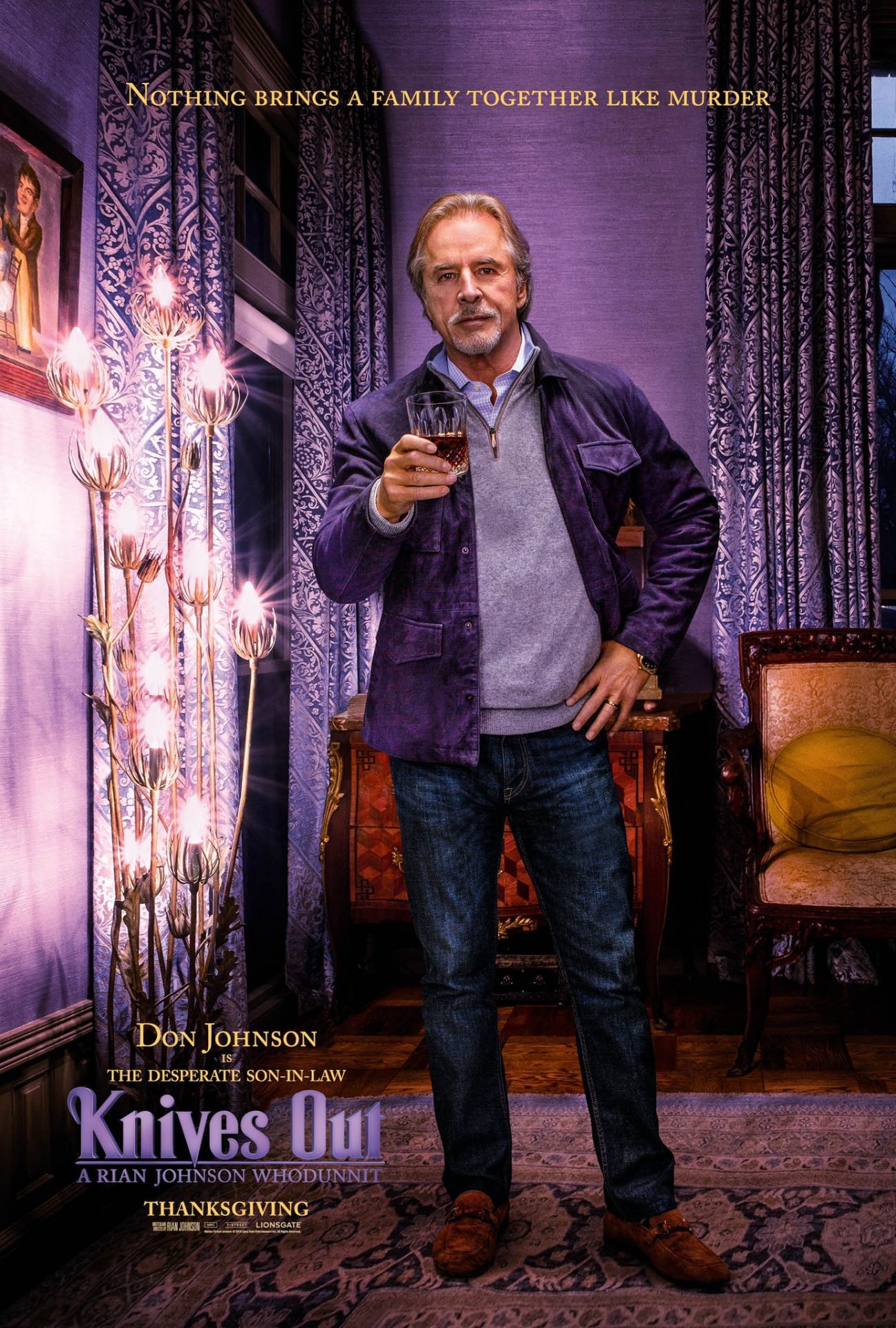 Johnson has paired up another icon with Curtis casting Don Johnson as her husband who the director describes as a man with many secrets. “Richard Thrombey, Linda’s husband. When his indiscretions catch up with him, who knows how far he’ll go to conceal the truth…” 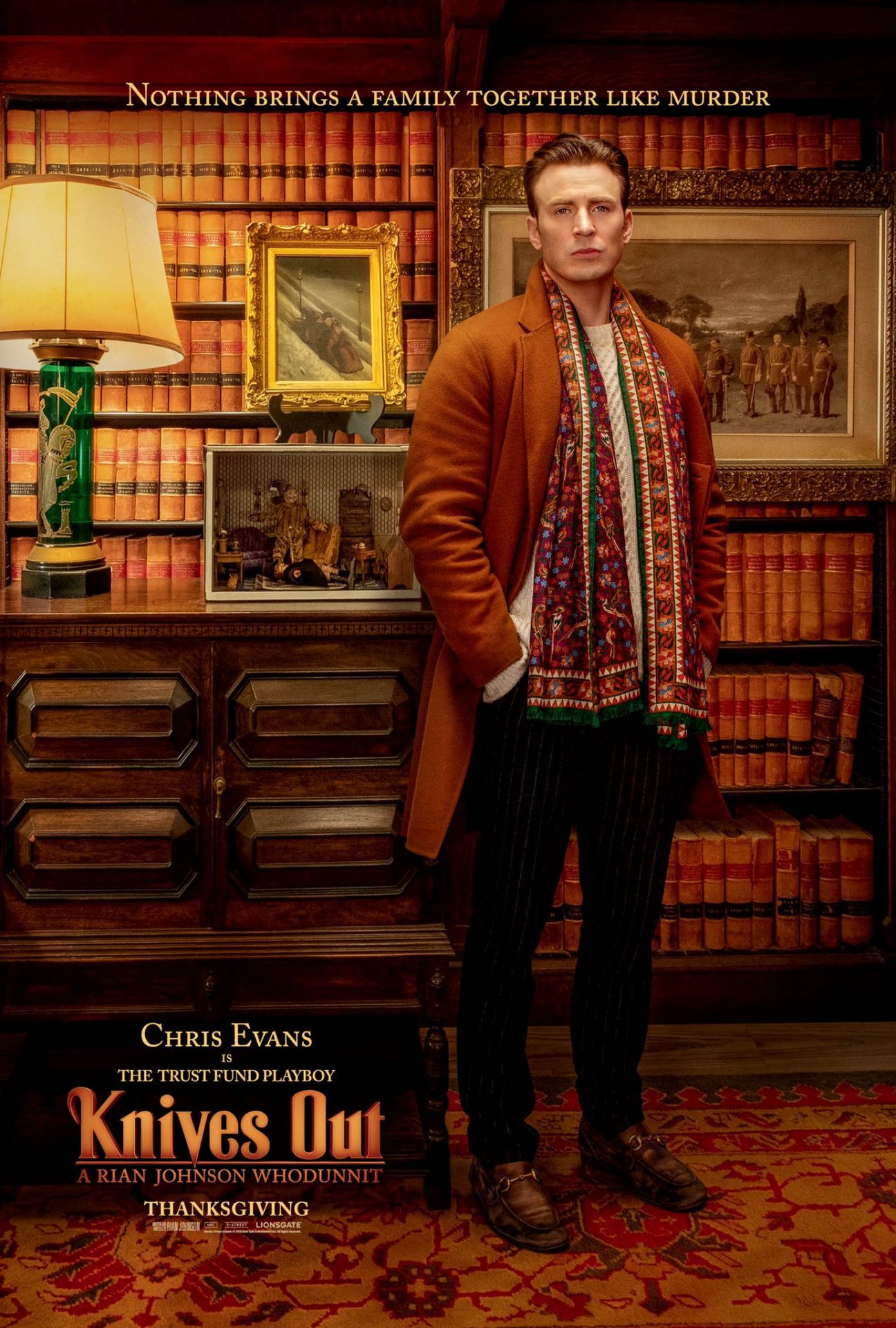 One of the biggest fan fave bits of casting here is Captain America himself, Chris Evans, who will be taking on the role of the spoilt son of the iconic pair. Johnson clearly wants fans to know he isn’t the type to turn away from murder. “Ransom Thrombey, Richard & Linda’s son. Born with a honeyed but forked tongue and a silver spoon in his mouth. A knife would complete the set…” 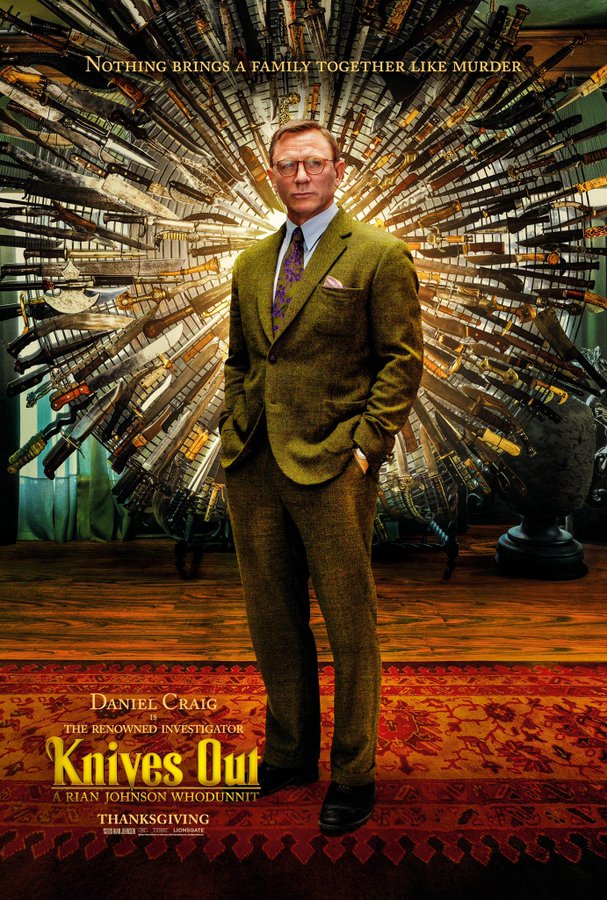 Last but definitely not least is Daniel Craig’s detective Benoit Blanc “a gentleman sleuth of great renown. Summoned to this nest of iniquity by mysterious means, it falls to the great detective to solve the case… before the murderer strikes again…”

Now that you know the crew, you only have to wait until Knives Out hits screens on November 27 to see them in action!