Nobody get carried way, now. This isn’t an academic declaration that retro gaming is objectively more challenging than the easy mode tricycle rides that pass for video games today. Rather, a handful of university researchers have found that levels in Super Mario Bros. can be configured to sufficiently challenge computers. Remember when the AlphaGo A.I. defeated some world-class board gamers? Well, according to this, it miiiiight have a harder time reaching Bowser’s castle and rescuing the princess.

What does the difficulty revolve around? This critter, believe it or not. Little Spiny. 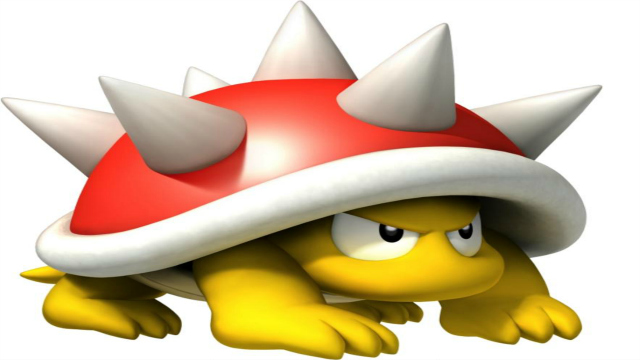 It’s all pretty complicated. So complicated, in fact, that MIT’s news blog’s attempt to explain it in Layman’s terms still couldn’t keep everything under 1,200 words. Those whose everyday conversations don’t typically cover “computational complexity theory” should just know that terms like “P”, “NP,” and “PSPACE” refer to problems of varying difficulty that can measure how fast and smart a computer is. Since computations can happen in milliseconds, scientists use these more relative measures that mark complexity instead of time. So, suffice it to say, when a paper intended for the International Conference on Fun with Algorithms states that Mario Bros. can be “NP,” it’s referring to a super high difficulty level.

There are a couple interesting wrinkles in how this conclusion was reached, too. Firstly, the level in question isn’t actually featured in a retail version of the game. You’d have to make it. Probably with Mario Maker. Secondly, Spiny is so crucial to all this because the researchers previously didn’t think Mario Bros could be “NP hard.” It seemed to lack any “locked doors,” and a series of locked doors is requisite for computational problems of this order. However, upon re-assessing that spiky-shelled turtle, the team realized he could serve as a door players “lock” or “unlock” by bumping over obstacles.

So, if artificial gamers like AlphaGo make us fearful of a future where machines easily beat our best at board games, then perhaps Mario Bros speed-runs like Darbian‘s here give humanity hope. Does it seem like Spiny is giving him much trouble? Let’s see a Turing machine try to clear this game in under five minutes.

If science determined what the hardest video game in existence was, what do you figure it’d be? Metroid? Ninja Gaiden II? The NES Ninja Turtles? Set the score straight in the talkback.