Researchers in Canada have just announced the identification of a malignant tumor on a dinosaur fossil, marking the first time cancer has ever been detected in one of the prehistoric beasts. The researchers say this not only stands as the first-ever case of dino cancer, but also helps to illuminate the underlying biology of cancer and disease in general.

Gizmodo reported on the finding, which was outlined in a paper recently published in The Lancet Oncology. The impetus for the study occurred when a pair of the study’s authors discussed cancer in dinosaurs and why it had still eluded detection.

“I said that our best shot to find dino cancer was to go to the Royal Tyrrell Museum collections and search through their large holdings of pathological dinosaur bones,” David Evans told Gizmodo. Evans is the the chair of vertebrate paleontology at the Royal Ontario Museum (ROM) and one of the co-authors of the study. 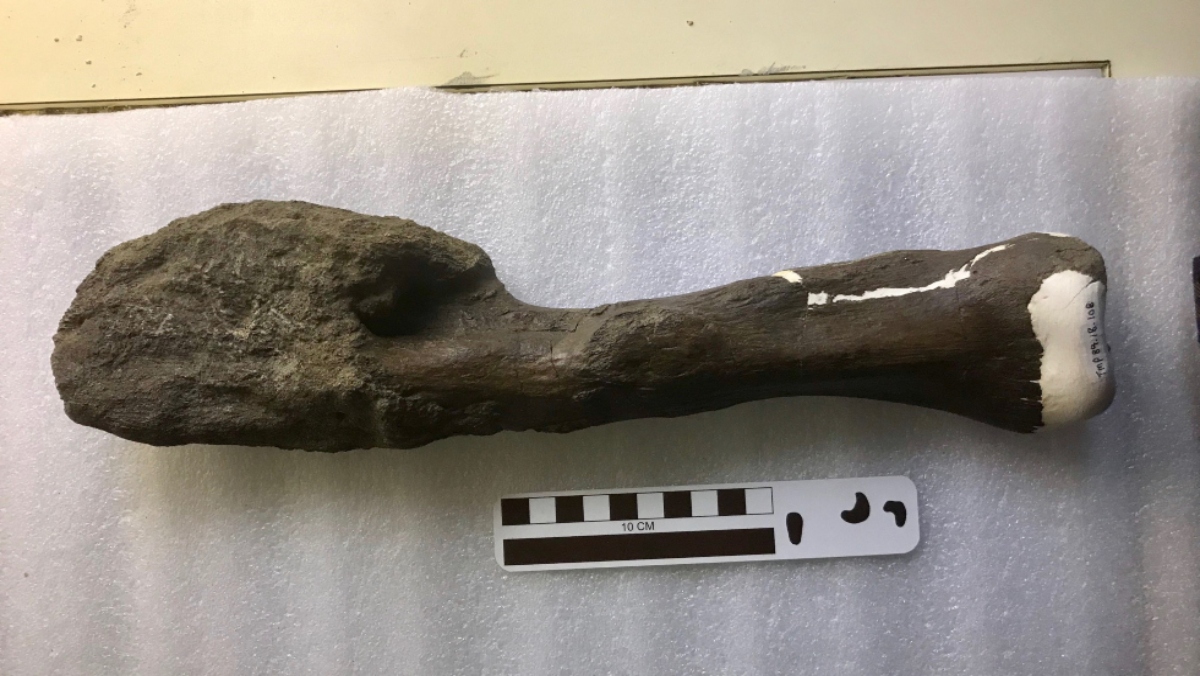 During their visit to Tyrrell, Evans and his colleagues analyzed an odd-looking fibula, or lower leg bone, from Centrosaurus apertus. (The horned dinosaur is illustrated in the picture immediately below.) “My team recognized that the malformed bone was unusual for a break and needed a closer look,” Evans told Gizmodo.

After finding the misshapen fibula, Evans et al. casted the bone, and visualized it using high-resolution computed tomography (CT) scans. The researchers then sliced off thin sections of the bone and examined them under a microscope. Then, using CT reconstruction tools, the researchers visualized the bone and concluded an osteosarcoma caused its malformation. 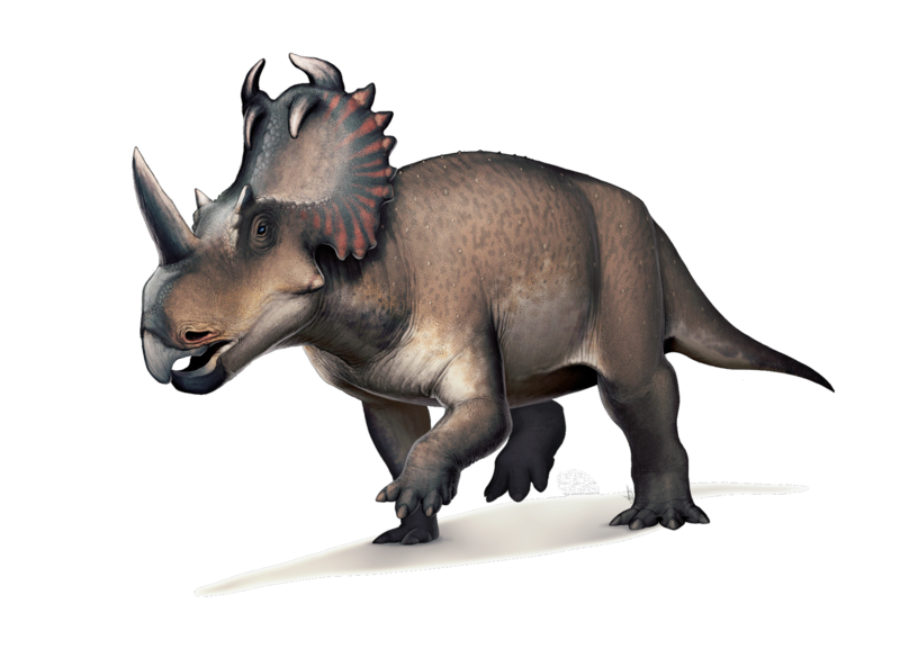 Identification of the osteosarcoma—which is a type of cancer that begins in cells that form bones—required a multidisciplinary team. Along with Evans, specialists from fields such as orthopedic surgery and even mechanical engineering worked on the project. In all, the team that worked on the study included six dozen researchers from across the globe.

Moving ahead, the researchers involved hope this study helps to establish a new standard for diagnosing diseases in dinosaur fossils. Although the implications of the fossil’s apple-sized malignant tumor apply far beyond the world of dinosaurs.

Excited to share our new research on bone cancer in a dinosaur! In our new paper we diagnose advanced osteosarcoma in a 76 million yr old Centrosaurus. Its been 4 years work w an incredible team of specialists, incl @Dinosaur_MD @crowthrm from @McMasterU & @kchibs @MesozoicMuse pic.twitter.com/0NI52V0AyV

“This discovery reminds us of the common biological links throughout the animal kingdom and reinforces the theory that osteosarcoma tends to affect bones when and where they are growing most rapidly,” Seper Ekhtiari, an orthopedic surgery resident at McMaster University and co-author of the study, said in a McMaster University news post. Ekhtiari added that “It is both fascinating and inspiring to see a similar multidisciplinary effort that we use in diagnosing and treating osteosarcoma in our patients leading to the first diagnosis of osteosarcoma in a dinosaur.”

What do you think about this first-ever discovery of a malignant tumor in a dinosaur? Do you think we’ll be finding dino cancer left and right now? Let us know your thoughts in the comments!