In 2011, miners in Alberta, Canada made a truly remarkable discovery. They came across an unusual fossil, one now considered to be among the best preserved dinosaur remains ever unearthed: a new kind of armored prehistoric dino. And researchers had found more than just its skeleton. It was still remarkably intact, containing much of its skin and guts. And when it was finally put on display at the nearby Royal Tyrell Museum in 2017, it was like seeing an 18-foot sleeping dragon, a creature that could wake at any moment. But as this Smithsonian Channel video shows, it was almost lost before it was pulled from the ground. This extraordinary dinosaur mummy split apart before they could get it into a lab.

Even the best-laid plans of dinosaurs and men often go awry. But rarely were the stakes as high as when the dinosaur known as Borealopelta markmitchelli, “a plant-eating, armored dinosaur called a nodosaur that lived during the Cretaceous period,” was removed from the ground. It broke apart when researchers tried to safely transport it from the spot where it had lay hidden for over 100 million years after its body ended up encased in the mud or a river. 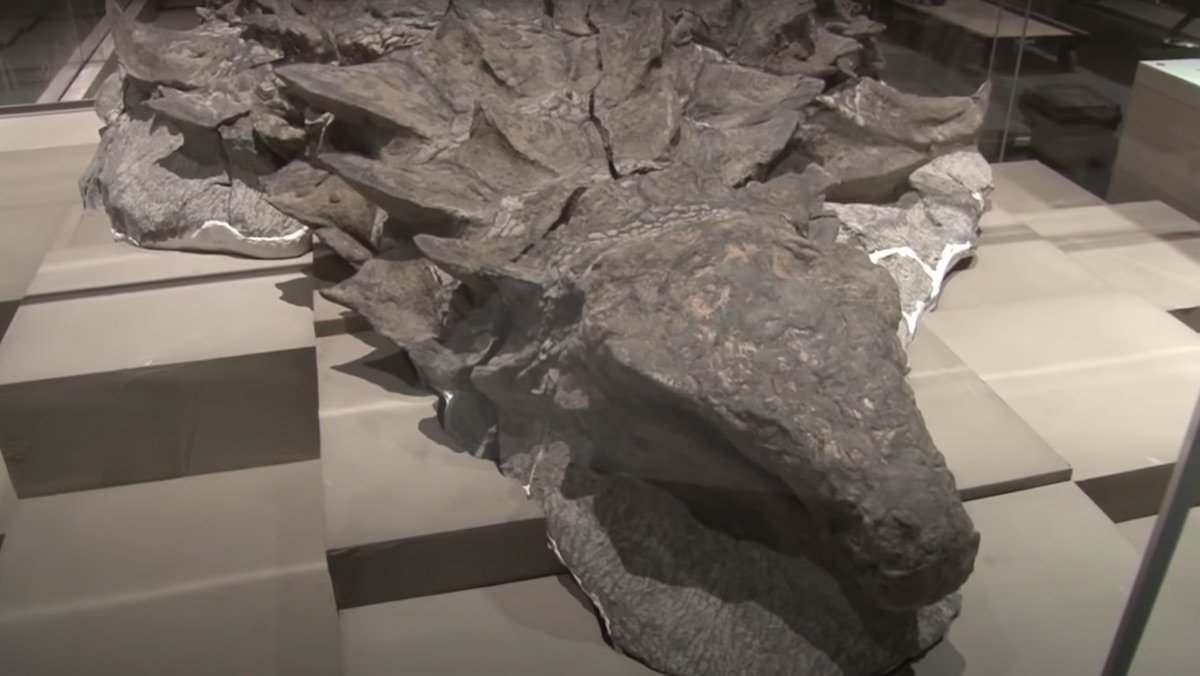 Fortunately paleo technicians were able to reassemble the shattered remains. They then put together a 3D fossil that rivals that of any other dinosaur. It has 20-inch shoulder spikes, was roughly 18-feet long, and weighed 3,000 pounds. They even know what color it was. You don’t have to imagine what that might have looked like; you can see it thanks to the remarkable work of experts who more than salvaged it.

This looks like those miners found a baby Smaug from Middle-earth.

The excavation was almost a nightmare 110 million years in the waiting. But looking at this dinosaur it’s clear it was all worth the wait… and the worry.