Stephen Sondheim’s Legacy Will Always Ensure ‘No One Is Alone’

I’d never claim to be among Stephen Sondheim‘s most dedicated fans. I can’t recite his entire list of shows by memory. Nor do I know the lyrics to most of his scores. And yet, like countless others whose lives he touched with his work, his passing at 91 has hit me hard. Because Stephen Sondheim gave me something that is never far from my heart: his humanity and empathy. Both of which I hold onto when the wood gets deep and dark.

My personal connection with Sondheim started as so many others who will never actually stand on a Broadway stage did. I performed in one of his musicals. As a high school senior who could just barely sing enough to pull off the part, I played the Baker alongside my friends in Into the Woods. It’s still this drama club geek‘s favorite role and production ever. At the time, it was the most ambitious show our group had ever attempted. It was also a huge success. And unlike other characters whose lines left my brain the second a production closed, I’d only need a couple of rehearsals searching for a cow as milk as white to be ready for opening night.

As a theater fan, I love Into the Woods. I would even if I had never starred in it. But because I did, I love the Baker like he’s real. Both for who he is—a flawed, overmatched-but-trying, good person—and for the memories he gave me. No wonder my time playing him still feels so close. If I close my eyes, I can transport back to that stage, when life was simple in a way I couldn’t appreciate at the time. It’s as though it was only yesterday my friends and I demanded our musical director let us do “Your Fault” again and again. And again.

It’s no exaggeration to say every moment of putting on that show will forever be special to me. The kind of experience that fills you with pure, uncorrupted joy whenever you call on it. Which for me is often, but for reasons that had nothing to do with our production.

Just as the optimism and hope of Into the Woods‘ first act give way to the pain and loss of the second, my connection with Stephen Sondheim changed too. He was right, of course. There are no such things as happy endings. There are always wolves, there are always spells, there are always beans, or a giant. And the most fearful truth, the one that can make you lose the path, is that sometimes people leave you halfway through the wood. For me, it was my baby sister. Then a few years later, my best friend.

Grief, the kind that closes in on you with a darkness so deep you can never even imagine finding light again, let alone feeling its warmth, is lonely. It surrounds you and cuts you off from the world and others. It’s also accompanied by a bottomless well of pain that can make even the most kind-hearted Baker want to leave everyone behind. For a long time, you wake up not wanting the hurt to end. You wake hoping to have no more feelings, period. To love means to be vulnerable to loss. Far better would be running away. Even if you run to nothingness. That will do it, you think.

However, as Sondheim wrote in that song I love so much, “The farther you run, the more you feel undefined.” So you stay. Until one day, without knowing how or why, a small glimmer of light breaks through. And once you finally see that light, you decide to take a single step back to the path. “Into the woods, you go again,” even though you now know the way is dark, the light is dim.

I can’t tell you how many times Stephen Sondheim’s lyrics from Into the Woods have played in my head over the last ten years since I said goodbye to my sister. I often find myself singing “No One is Alone” when thinking about my friend who also left too soon. Those words comfort me. Not because they make the pain go away, but because they acknowledge the pain. They remind me I am not alone with mine. The wood isn’t quite so dark when you know that others are also out there.

That’s why I love Stephen Sondheim. For his empathy. For his understanding of what it means to live, to love, to lose, to hurt. Broadway is full of great songs you’ll never remember when you leave. But Sondheim gave the world songs that speak to us long after the curtain closes. His work means so much to so many because their impact goes beyond instruments. It’s why his music and his memory will survive long after him.

I’m just one of the many people who once stood on a stage and sang Stephen Sondheim’s lyrics. If that had been the end of my relationship with him, it would be an important one in my life. But the reason his death hurts is because he gave me something to take with me on my own path through the wood when the light is hardest to see. Whenever I need someone to understand and offer a way forward, I quietly sing to myself that no one is alone. Stephen Sondheim gave me that and will continue even though he is gone. He will always be on my side.

TAGGED: Stephen Sondheim, Into The Woods 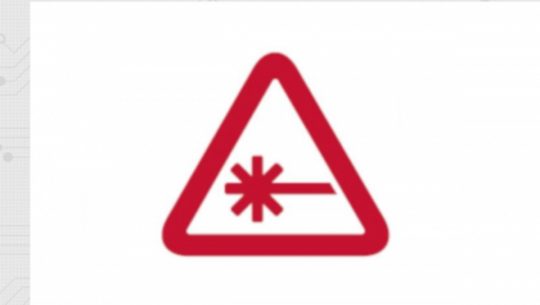