If you’re a musical theatre nerd, chances are you not only know the name Stephen Sondheim, but you downright worship him. The famed composer and lyricist is the talent behind musicals like Sweeney Todd and West Side Story, and recently celebrated two big milestones: the 50th anniversary of the opening of his musical Company and his 90th birthday.

To honor Sondheim, a number of talented folks who’ve appeared in his stage musicals and film adaptations teamed up for a virtual tribute concert called Take Me To The World: A Sondheim 90th Birthday Celebration. The event aired this Sunday on Broadway.com and was hosted by Raúl Esparza. Well, sort of. Technical troubles hindered the beginning of the special, which started about an hour late and had no sound for Esparza’s intro. But once things took off, it was smooth sailing full of brilliant, memorable moments.

Stephen Schwartz, lyricist and composer on the hit musical Wicked, opened the program with a piano tribute to Sondheim; he played the intro to Follies, Sondheim’s 1971 Broadway musical which won seven Tony Awards in its heyday. It was a lovely way to kick off the virtual concert. Here are some of the other highlights from the show.

Broadway actress Sutton Foster performed “There Won’t Be Trumpets” from Anyone Can Whistle, which—as she noted in a mini intro—she first sang as a 15-year-old at an audition.

Though he didn’t sing, Victor Garber dropped by to tell a story about his role as Anthony in the original Broadway cast of Sweeney Todd: The Demon Barber of Fleet Street back in 1979. This was followed by a haunting and lovely performance of “Johanna” from the same musical, as done by Katrina Lenk, who last appeared in a revival of Company as a gender-flipped Bobbie. 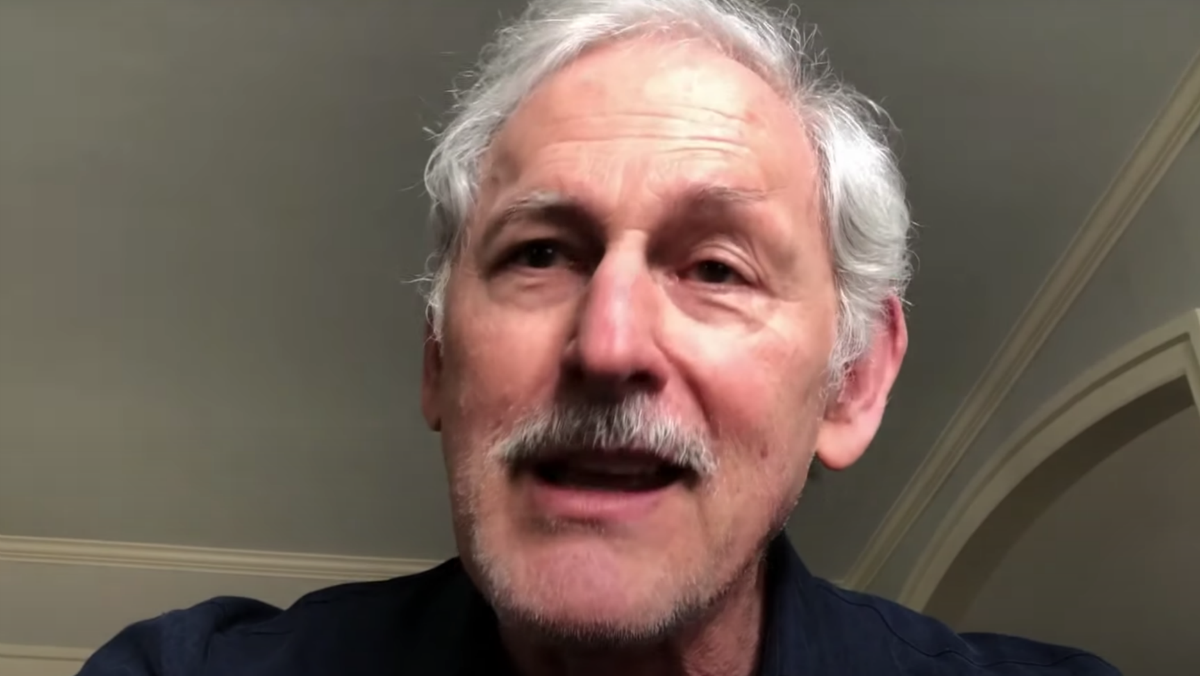 Another exciting little tidbit we got in the tribute concert was a performance by Beanie Feldstein and Ben Platt. They sang “It Takes Two” from Into the Woods. The real-life best friends will appear in Richard Linklater’s adaptation of another Sondheim musical, Merrily We Roll Along… in 20 years. Like Linklater’s Boyhood, he’s filming the movie with the same actors over the course of 20 years, the timeline covered in the musical. We’re glad we didn’t have to wait that long to hear these two sing Sondheim together, at least. (Another fun fact: Merrily We Roll Along is the musical Feldstein’s character performs in Lady Bird. Is Greta Gerwig a Sondheim prophet?)

Beloved musical theatre actor Mandy Patinkin turned up to perform “Lesson #8” from Sunday in the Park with George. And, appropriately, he sang the song in a park with his dog.

"Sunday in the Park with Mandy"
- Mandy Patinkin's dog. pic.twitter.com/oaNVnRJ54M

The special also included appearances and performances from Steven Spielberg (whose next film project is an adaptation of West Side Story), Aaron Tveit, Lin-Manuel Miranda, Laura Benanti, Nathan Lane, Josh Groban, and a beautiful performance of a lesser-known Sondheim tune, “The Flag Song,” which was cut from the final stage version of Assassins. Brian Stokes Mitchell sang the deep-cut, a remarkable feat given he was recently diagnosed with COVID-19. (He has since made a full recovery.)

There are a few performances most people are talking about today. The first, a minor miracle: a rendition of “The Ladies Who Lunch” from Company by Christine Baranski, Meryl Streep, and Audra McDonald. If ever a performance were to break Broadway Twitter, it’d be this. Even better? Each lady poured and drank an adult beverage of their choice. 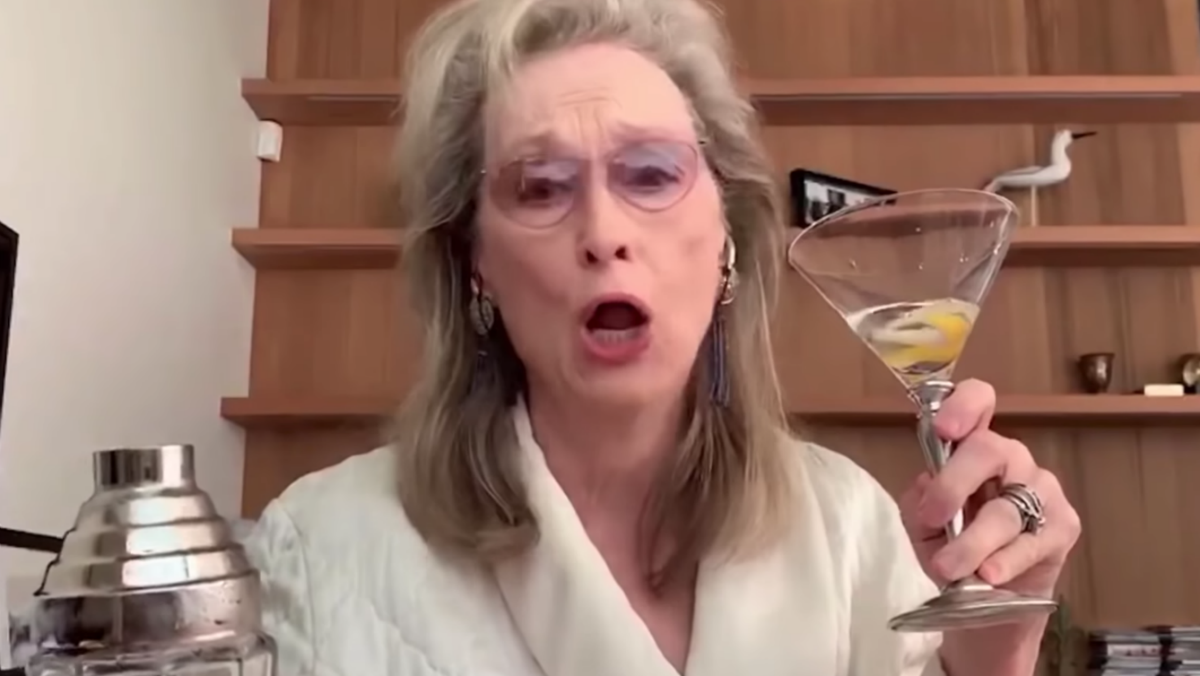 We could listen to Meryl Streep shake a martini for the rest of forever. Unlike the other performances in the special, this one didn’t announce who was performing the song beforehand, so each time another famous face showed up, it was a total surprise. The best surprise, we’d say.

We also loved seeing Jake Gyllenhaal show up with Broadway actress Annaleigh Ashford to perform “Move On” from Sunday in the Park with George. The two co-starred in a revival of the Sondheim musical in 2017. Gyllenhaal has apparently been growing out his hair in quarantine, and we’re not mad about it.

Overall, despite the delay, the two-and-a-half-hour tribute concert was a huge success and one of our favorite things to come out of quarantine so far. It was a treat for musical theatre fans and a great way to escape from the stress we’re all under and just soak in some music from some of the most talented people alive. A nice bonus: the concert was also a fundraiser for  Artists Striving to End Poverty (ASTEP), an organization that connects performing artists to youth from underserved communities.

You can watch the full version of Take Me To The World: A Sondheim 90th Birthday Celebration below.