REDWALL Books Get Adaptation from OVER THE GARDEN WALL Animator - Nerdist

REDWALL Books Get Adaptation from OVER THE GARDEN WALL Animator

To a generation of once-young readers, the name “Redwall Abbey” has come to shoulder quite a weight. Thirty-five years after the publication of Brian Jacques’ original Redwall novel, the series will find new life on screen, thanks to a new deal with Netflix (as reported by Deadline). The streaming site will reportedly produce both an animated feature film and likewise animated TV series based on the stories.

The movie has already found its director in Patrick McHale, who made a name for himself with the 2014 miniseries Over the Garden Wall. (Which, if you haven’t seen, is one of those rare treasures of modern cartooning that feels both old-fashioned, excitingly fresh, and entirely of its own breed.) As for Netflix’s Redwall series, no creator has yet been named in attachment. However, the series will reportedly follow the exploits of Martin the Warrior; apropos, as this brave mouse is one of the few characters to appear in multiple Redwall books. 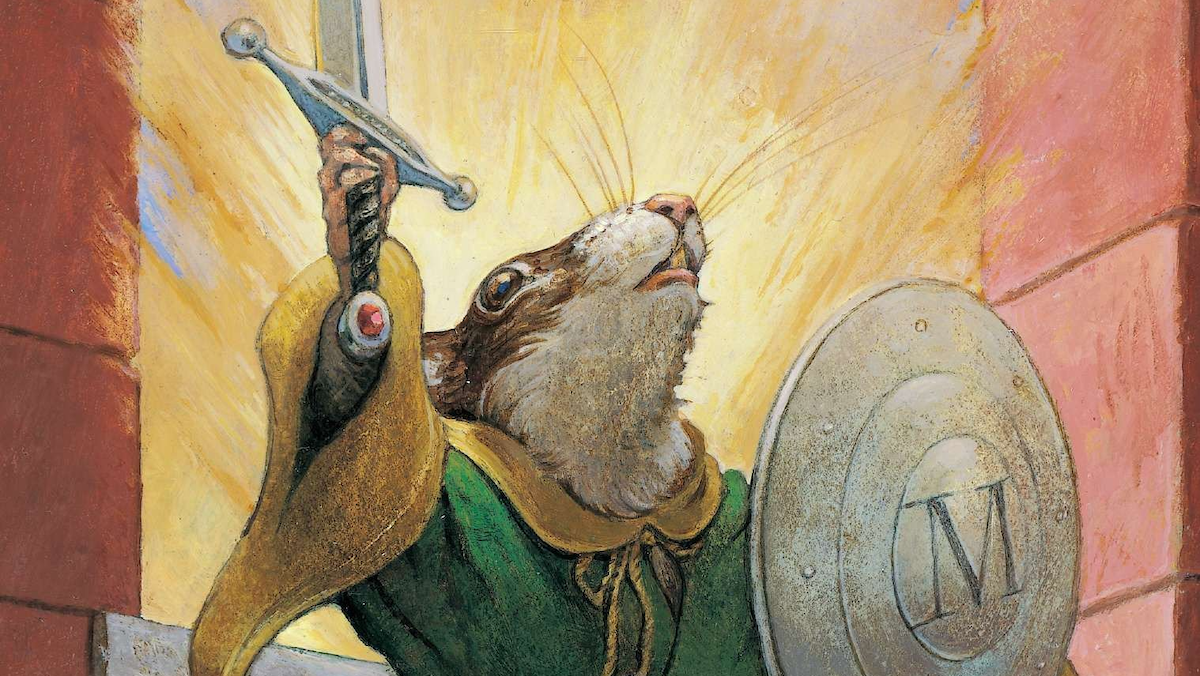 In 1986, Liverpool’s own Jacques introduced a generation of young readers to Redwall Abbey. Therein lived an entire world of whimsy and adventure, and no shortage of enterprising rodents running the show. Over the following two-and-a-half decades, Jacques went onto pen more than 20 books in the Redwall series; such chronicled the ongoings in the Abbey and its surrounding Mossflower Wood, which introduced an even greater ensemble of woodland critters bent on wondrous living.

Notably, Redwall was adapted to screen once before. In 1999, the Canadian animation studio Nelvana Enterprises and France’s Gaumont Animation (née Alphanim) co-produced an animated series that would go on to last three seasons. The show catered specifically to the stories in the books Redwall, Mattimeo, and Martin the Warrior; Netflix’s deal gives the company rights to the novel series en masse.

Given the magic that McHale instilled in Over the Garden Wall, the prospect of his Redwall movie excites. He brought enchantment to talking birds, singing frogs, and school-going piglets; imagine what he can do with heroic mice and marauding foxes. And badger lords and hedgehogs of nobility and… we’ll stop there. There are dozens more creatures lining the pages of Jacques’ books. We can’t wait to see them come to life.

TAGGED: Over the Garden Wal, redwall