Tardigrades, near-microscopic animals that live in water and sort of look like swimming nightmare bears, are stellar at tolerating extreme environments. However, they are not stellar at fossilizing over millions of years. It’s hard to be when your “bones” are akin to water-filled rubber gloves. Now, in a once-in-a-generation discovery, researchers have found a new tardigrade fossil in a 16-million-year-old hunk of amber. This brings the grand total of tardigrade fossils to…three.

Proceedings of the Royal Society B

DesignTAXI picked up on the discovery, which researchers from the New Jersey Institute of Technology and Harvard recently announced. The researchers discovered the roughly .02-inch-long fossil in an ancient piece of amber from the Dominican Republic. This tardigrade fossil discovery occurred several months after the amber’s discovery. The team found the fossil accidentally. They were actually looking for ants.

The researchers outlined their study in the journal Proceedings of the Royal Society B. They share that the specimen is a relative of the modern, living tardigrade superfamily, Isohypsibioidea. It is also the first tardigrade fossil scientists have recovered from the Cenozoic era. This is the geological epoch spanning from 66 million years ago to today. 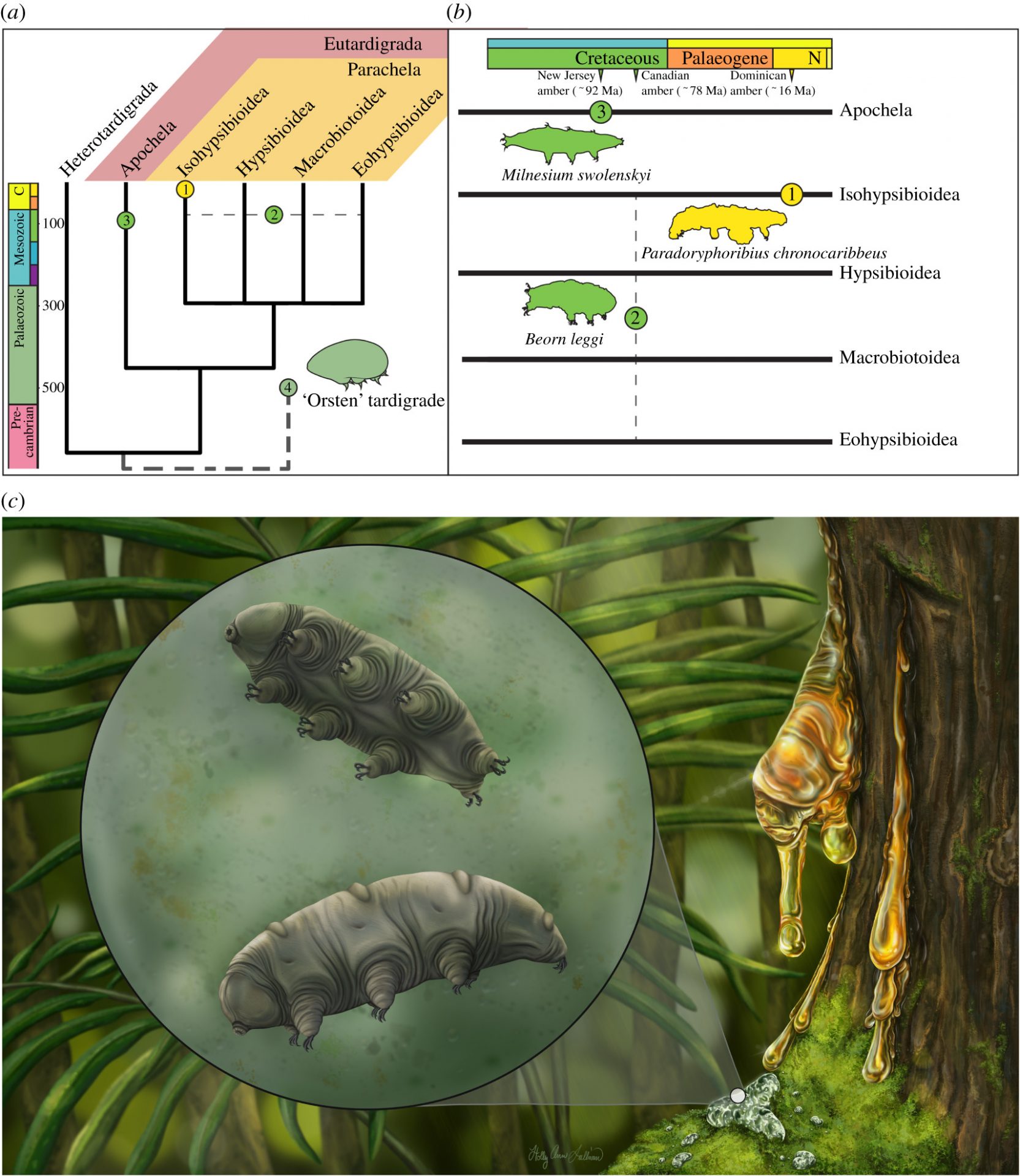 Proceedings of the Royal Society B

“What is so remarkable is that tardigrades are a ubiquitous ancient lineage that has seen it all on Earth, from the fall of the dinosaurs to the rise of terrestrial colonization of plants,” said Phil Barden in a press release. Barden serves as the senior author of the study and an assistant professor of biology at New Jersey Institute of Technology. “Yet, they are like a ghost lineage for paleontologists with almost no fossil record,” he added.

The researchers were able to identify the mishmash of tardigrade fossil by finely imaging it with a powerful laser. Barden and his colleagues were able to image the specimen so well, they could study its “foregut’s” insides. Subsequently, they identified characteristics that do not exist in living tardigrades.

“The fact that we had to rely on imaging techniques usually reserved for cellular and molecular biology shows how challenging it is to study fossil tardigrades,” Javier Ortega-Hernandez, assistant professor of organismic and evolutionary biology at Harvard and co-author of the study, concluded in the press release. “We hope that this work encourages colleagues to look more closely at their amber samples with similar techniques to better understand these cryptic organisms.”