8 Rare Horror Novels You Need To Read This Halloween - Nerdist

8 Rare Horror Novels You Need To Read This Halloween

It’s October, the season for binging all things horror, be it movies, TV shows, or candy. But if those things don’t fully scratch your Halloween itch, you might consider the horror novel, an even more immersive and transportive method of consuming spookiness. If you’re into horror literature already, chances are you’re already well acquainted with authors like Stephen King, H.P. Lovecraft, Bram Stroker, and Dean Koontz. But there’s a whole world of rare horror out there, waiting to be explored.

We recommend perusing your local used bookstore–where there’s a thrill in the discovery of a dusty old paperback with a creepy cover. But if you’re looking for a more cultivated list of horror novels you probably haven’t read, we’ve compiled this brief list; make sure to select books that are currently in print or easily findable on used book websites, just to make things a little easier. Get ready for the weird and the macabre, the grotesque and the odd. This Halloween season, read something with an extra twinge of exotic strangeness.

The Cadaver of Gideon Wyck by Alexander Laing 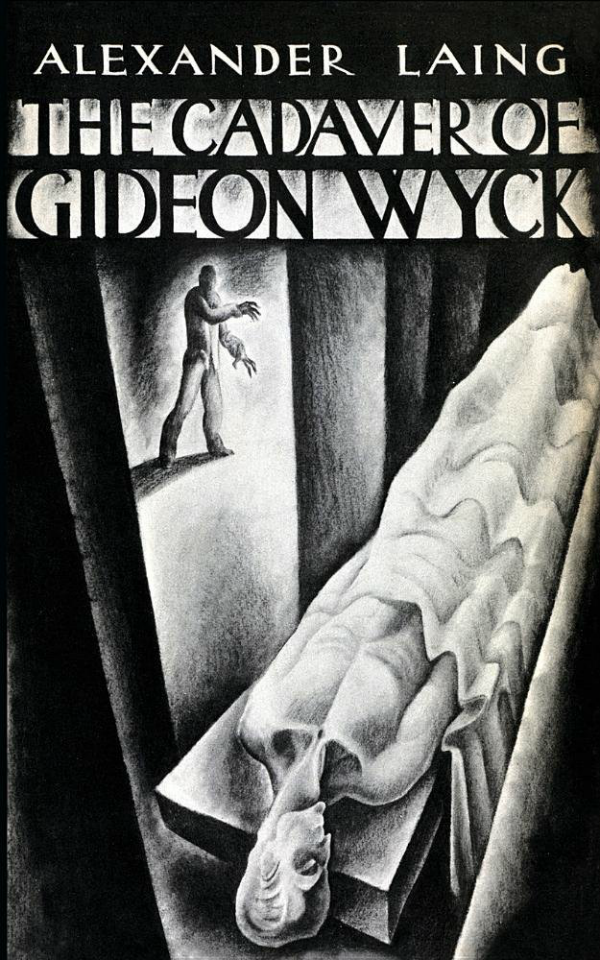 This 1934 novel by New England author Laing is sort of the prototype for King, in that its set in Maine and deals with a spooky, kooky mystery. The eponymous Wyck is a cruel local doctor who draws public outcry after performing an amputation on a patient for seemingly no reason. After that surgery, the patient reports that black devils are trying to steal his soul. Soon, the story transitions into a murder whodunnit, full of twists and turns down dark alleys and black corners. The Cadaver of Gideon Wyck is more of a spiraling mystery story than straight-up horror, but the concepts and imagery are pure nightmare fuel. Don’t be intimidated by its 30s-era release date either; it’s an easy, but satisfying, read that zooms along at a chilly pace.

Too Many Ghosts by Paul Gallico 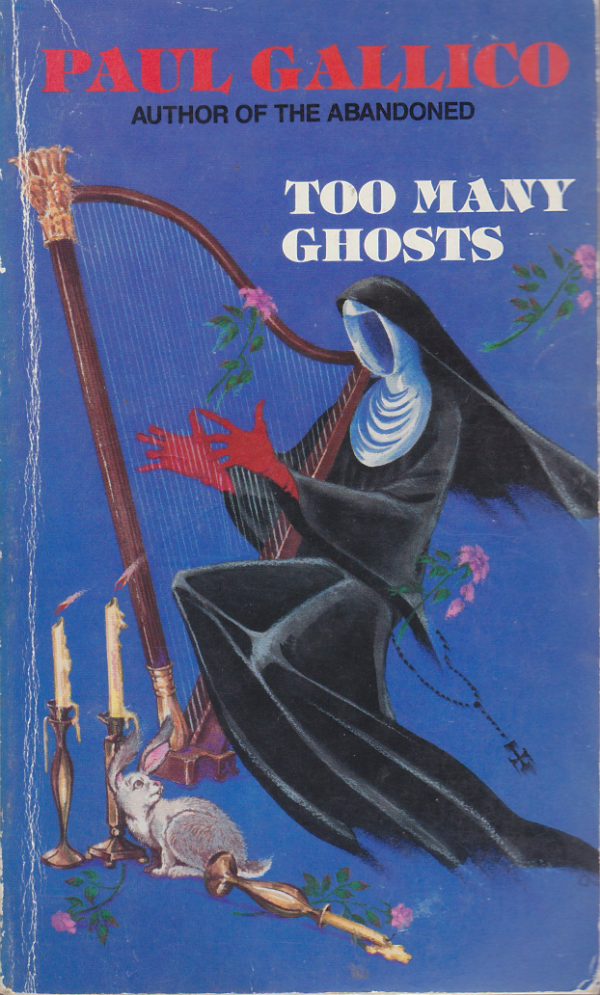 Who doesn’t love a good gothic haunted house story? You’ve probably heard of The Haunting of Hill House and Rebecca, but this is another should-be classic that deserves your attention as well–even though it’s more of a farce than those chilling tales. But that’s sort of the whole point of Too Many Ghosts, a story that both spoofs the haunted house genre while creating its own believably scary world in the meantime. Set in an ancestral English mansion owned by the Paradine family, the novel involves a London detective named Alexander Hero who is called to the house to exorcise it of spirits. And the title doesn’t lie: there are a lot of spirits. Too Many Ghosts might not terrify you to your core, but it’s sort of like Scream in that it’s both a parody and a frightening slice of genre unto itself.

All Hallow’s Eve by Charles Williams 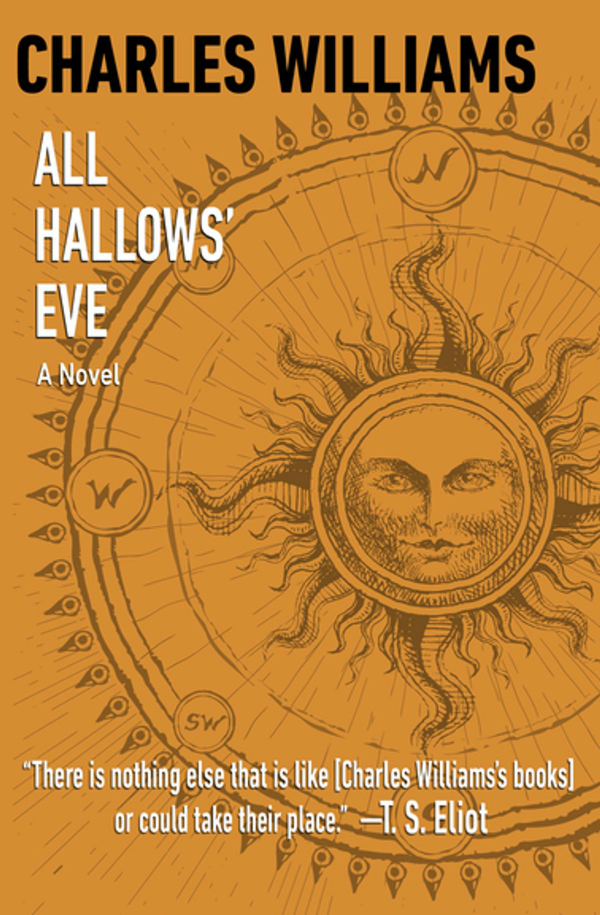 Charles Williams has a great flair for the fantastic, and this novel is proof of his talent at juggling unique concepts. All Hallow’s Eve is one of his greatest works, a story occupied with religion, ghostly realms, and domineering figureheads. The story opens with a woman standing on the Westminster bridge in London. She slowly realizes she’s actually dead, and her living husband finds himself in a plot with a sorcery-conjuring priest with a large following of both living humans and ghosts. The story zigs and zags between London and Purgatory and has roots in Kafka-esque surrealism.

The Sorrows of Satan by Marie Corelli 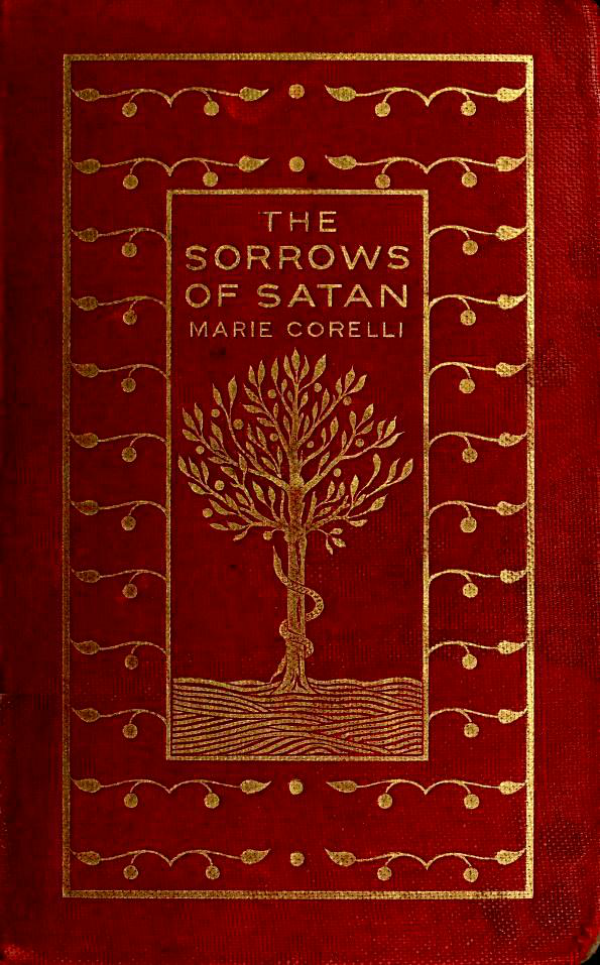 The Sorrows of Satan was published in 1895 and is considered by some to be one of the first bestsellers. However, it has largely faded from glory, on account of its moralism and archaic values system. Still, it’s worth dipping into this strange novel for history’s sake, and because of its fascinating prose style. The story is centered on a man named Geoffrey Tempest who receives three letters, one of which is from a man named Lucio who is actually the Devil. Their relationship brings much misery to Geoffrey’s life, and the novel deals with how he comes to terms with the fact that his dear friend is evil incarnate. 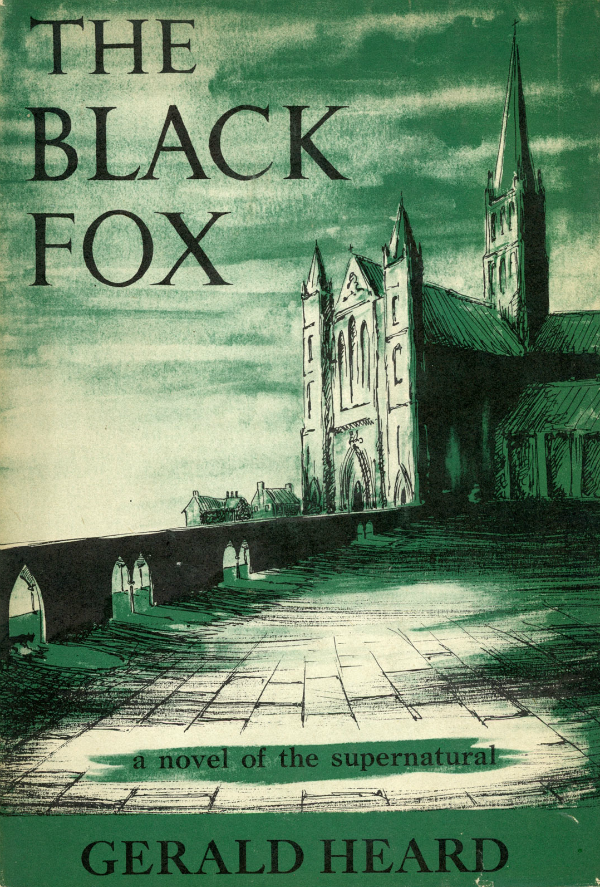 This is another Gothic English novel that’s positively transfixing. It’s about a scholar in the Church of England who turns to black magic when his enemy takes his job. The Black Fox‘s roots are in religion and mysticism, and Heard–an underrated horror master–uses the richest prose possible to lure you into his “protagonist’s” increasingly evil reality. If you like dark, erudite fiction, definitely seek this one out–it was recently released in a new edition from MysteriousPress.

The Haunting of Toby Jugg by Dennis Wheatley 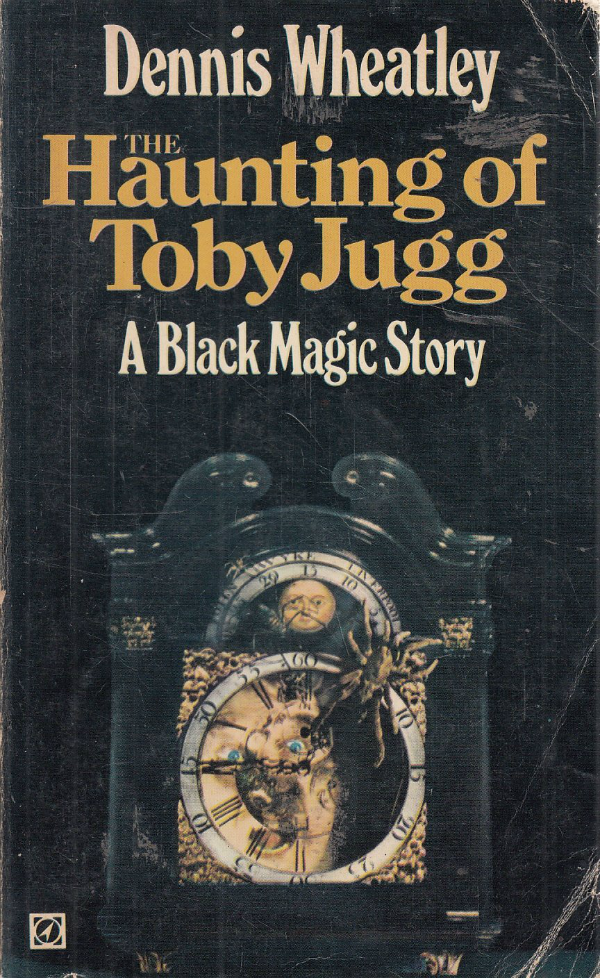 Dennis Wheatley often wrote of horror and the occult, and wrote a series of espionage thrillers that inspired Ian Fleming to create James Bond. The Haunting of Toby Jugg is one of his best stories, about a paralyzed British airman who is haunted by a spirit he believes to be the Devil. The book is set in a shadowy Welsh castle and deals with Satanic cults, spider ghosts, and a sinister plot to swindle the protagonist out of his inheritance–what more could you want from an October read?

The Sundial by Shirley Jackson 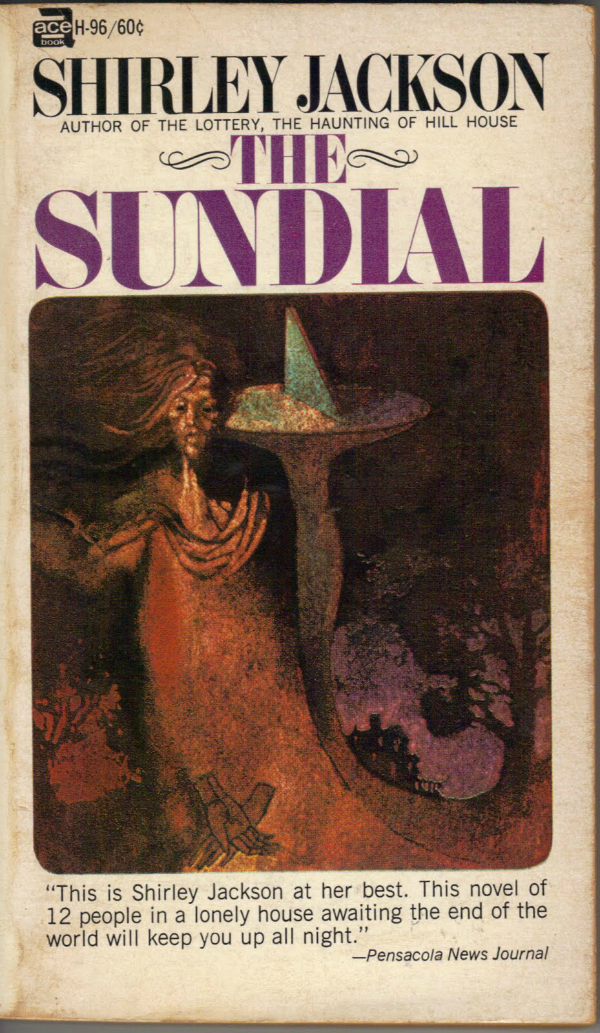 Shirley Jackson is a well-known and much loved horror author, most regarded for her stone-cold classic The Haunting of Hill House and the strange and intoxicating We Have Always Lived in the Castle. But one of her best and most underrated novels is The Sundial, which was written right before Hill House, and shares many of its themes and chilling imagery. The story is also set in a strange house, this time occupied by an erudite family bickering over the recent death of the house’s master, Lionel Halloran. (If you recognize that surname, it’s because Stephen King–a Shirley Jackson fanboy–borrowed it for Dick Hallorann in The Shining.)

After one of Lionel’s relatives has a haunting vision while trapped in the outside garden, the family becomes convinced that the world is about to end and only they will be spared. What follows is an increasingly claustrophobic tale that’s both pointedly funny in typical Jackson fashion, and dark and frightening.

The Witching Night by C.S. Cody 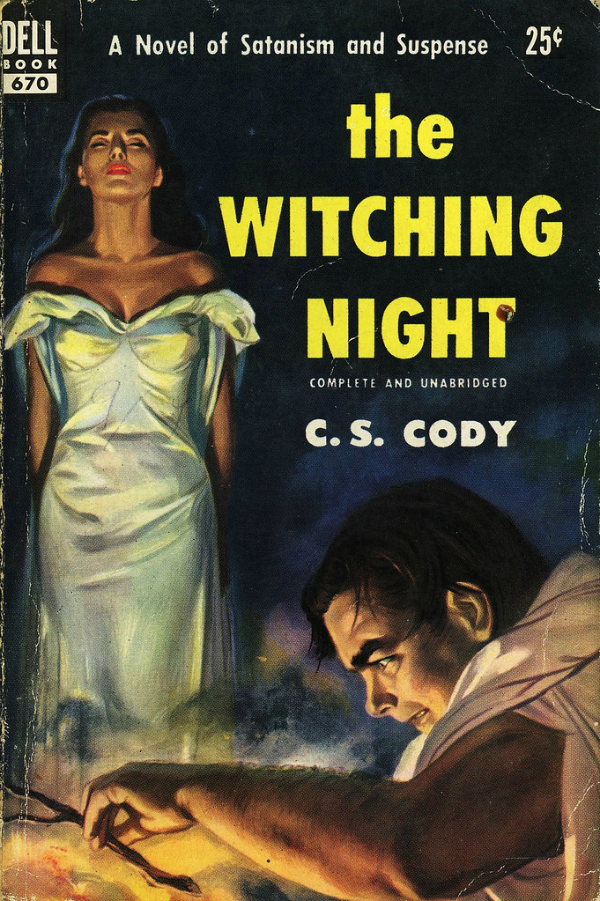 Early in his career, bestselling author Leslie Waller assumed the pseudonym C.S. Cody, and published this delightful little horror novel, about a Chicago doctor named Loomis ( sound familiar?) who’s attacked by a vicious supernatural entity. It’s a pulpy thriller that’s spooky as hell, and it’s delivered by one of our most masterful storytellers, who would go on to write classics like Dog Day Afternoon and the novelization for Steven Spielberg’s Close Encounters of the Third Kind.