The word “iconic” is not enough to describe the impact of Mary Shelley’s gothic novel Frankenstein. It laid a critical foundation for science fiction literature and later genre entertainment upon its release in January 1818. And, it was certainly a big deal for a young woman to craft this chilling narrative about a scientist who develops a creature during an experiment. Shelley is a looming historical figure herself with depictions in several films and TV shows like Doctor Who. Frankenstein influences a bevy of films, plays, and TV shows all stemming from this brilliant text. In fact, it is so vital to literature that a first edition copy sold for $1.17 million dollars in a September 2021 auction.

According to Smithsonian Magazine, the Frankenstein auction took place via Christie’s and went far over expectations. For some reason (probably people always underestimating the power of women?) the projected sales price was only $200-$300K. 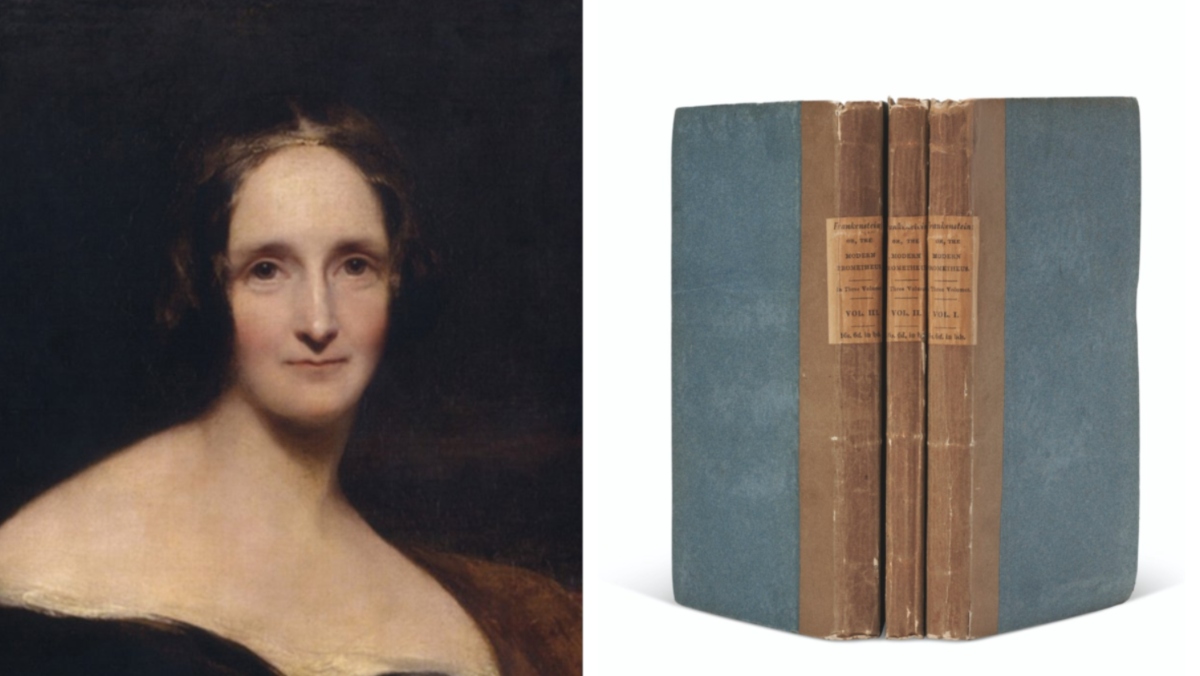 That figure is more than the average person has to spend on a book. But it still seems insultingly low for such a special version of a true classic. (Interestingly, Shelley herself was highly critical of her work, which checks out for the average writer, I guess.)

The book in question has all three volumes bound together by pasteboards that cover each volume. These blueish gray boards are apparently rare because they were not meant to last. Publishers at that time put them on as temporary covers, assuming that the new owner would eventually replace them.

So, this copy of Frankenstein is very special and fragile, which means it was a hot item for the rich collectors in the world.  Of course, there isn’t information available about what person (or organization) nabbed the incredible tome. However, it speaks to the fervent love, appreciation, and influence that Frankenstein continues to have in our culture.