DRACULA and 15 Other Epistolary Horror Novels and Stories - Nerdist

DRACULA and 15 Other Epistolary Horror Novels and Stories

It’s been 124 years since Bram Stoker’s Dracula hit the market. And what an impact it made. The horror novel introduced the world to the eponymous vampire, changing literature—and culture—forever. It’s impossible to quantify the total impact Dracula had on the genre, but it certainly popularized vampires in a major way. The novel inspired several film adaptations, spin-offs, and re-imaginations. It’s also one of the most popular examples of epistolary fiction. (Although it’s hardly the first.)

What is epistolary fiction, you ask? You’re probably familiar with this genre even if you didn’t know it. Epistolary stories are told using documents—like letters, diary entries, and newspaper clippings—instead of prose. Dracula, for example, uses letters, diaries, telegrams, and shipping logs to tell its story. It’s a unique and fun method. And it is especially interesting when applied to the horror genre. Epistolary stories often find alternative ways to relay terror and suspense.

To celebrate the anniversary of Dracula, we’re honoring epistolary storytelling with this list of suggestive reading. From Stephen King to Richard Matheson to H.P. Lovecraft and beyond, some of the best-known writers in the world have written epistolary fiction. Here are some examples of the best there is. 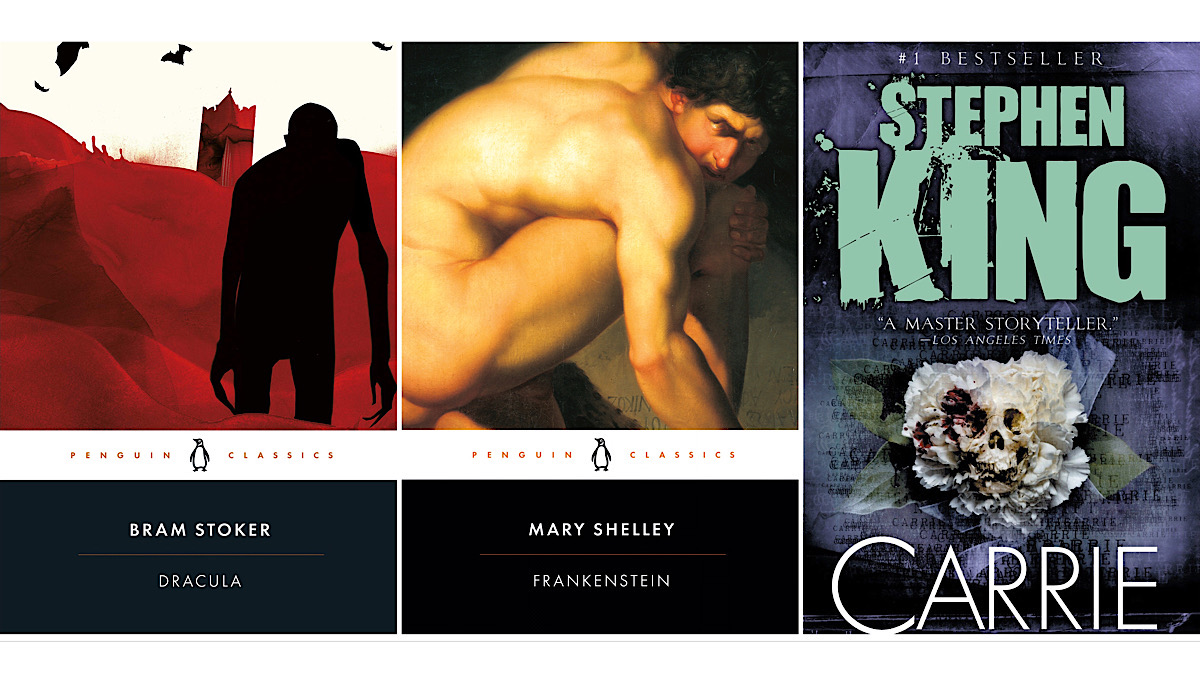 Obviously, we have to start with the inspiration for this list. Dracula came out in 1897. Irish writer Bram Stoker not only gave us the titular vampire but introduced the world to several other iconic characters within the novel. Abraham Van Helsing, Jonathan Harker, Mina Murray, and Dr. John Seward all made their first appearance in the book.

Dracula is about the vampire’s travels from Transylvania to England, and his attempts to find new blood and spread his undead curse. It’s loaded with historical influences and iconic imagery. Simply put, it’s one of the most influential stories ever told.

Another one of the most influential stories of all time? Mary Shelley’s Frankenstein, published in 1818. The legend behind Frankenstein‘s creation is as famous as the book itself. Shelley wrote the novel—about a young scientist who creates a sentient creature—during a competition with her future husband Percy Shelley and Lord Byron.

The Gothic novel is also an early example of epistolary fiction; it’s relayed in corresponding letters between Captain Robert Walton and his sister, Margaret Walton Saville. Frankenstein is one of the first examples of science fiction and landmark entry in the Gothic genre.

Carrie is Stephen King’s first published novel. It came out in 1974, and though its original hardcover release wasn’t that successful, the paperback sold 1 million copies in its first year. The novel put King on the map, and the rest is history. The book is epistolary, as most of the story is told using newspaper clippings, letters, book excerpts, and articles.

It centers on Carrie White, an awkward high school girl with an abusive mother who has telekinetic powers. She uses her powers to enact revenge on her bullies, creating a major local disaster on prom night in the process. Carrie has many adaptations, including the acclaimed 1976 Brian De Palma film and the cult classic Broadway musical of the same name.

Carrie isn’t the only bit of epistolary fiction in King’s bibliography. His short story “Jerusalem’s Lot” is also told using letters and diary entries. The story, published in the 1978 collection Night Shift, is about a man named Charles Boone and his manservant Calvin McCann who move into a neglected mansion owned by Boone’s estranged dead cousin. The locals refer to the home as a “bad place.”

Inside the walls of the house, the men find the map of a deserted nearby village called Jersusalem’s Lot, an eerie Puritan settlement with ties to the occult. King later expanded “Jerusalem’s Lot” into the 1975 novel Salem’s Lot. 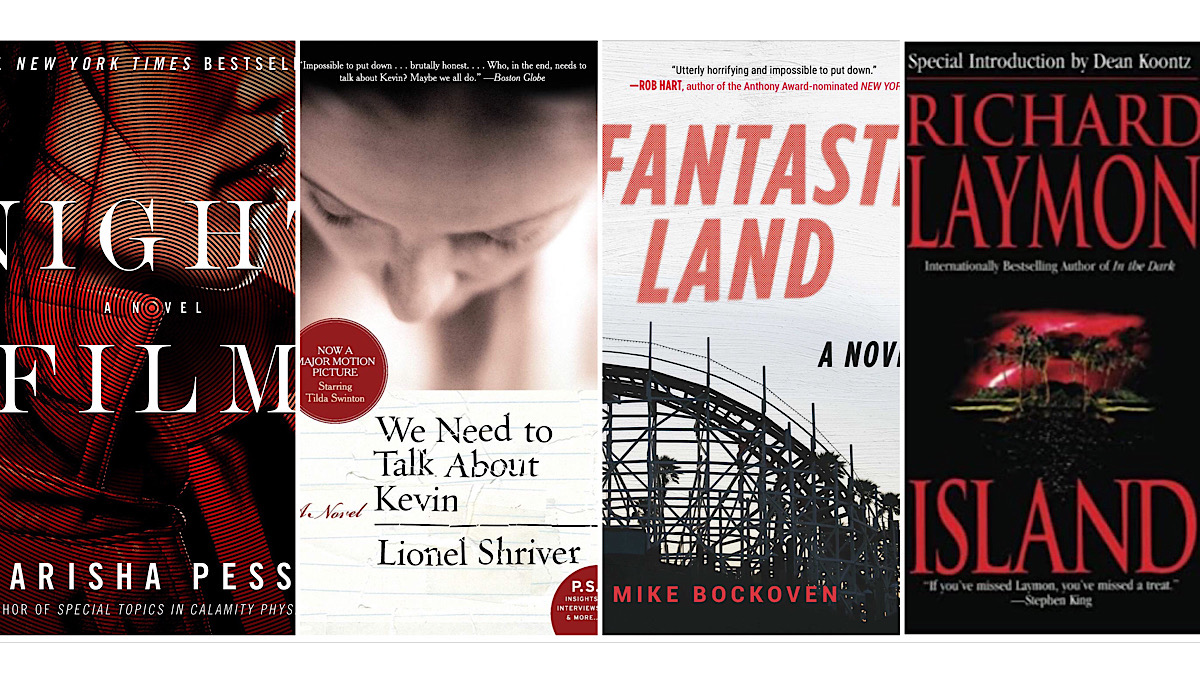 Ashley was the daughter of cult filmmaker Stanislas Cordova, a reclusive and somewhat mythical director. As Scott investigates the case, he falls deeper and deeper into the peculiar Cordova legend. The spooky, thrilling novel became a New York Times bestseller upon its release in 2013.

We Need to Talk About Kevin by Lionel Shriver

We Need to Talk About Kevin isn’t a horror story in the traditional sense. But I dare you to find anything more frightening. The story follows a woman named Eva who writes letters to her husband Franklin. Eva and Franklin are the parents of the titular Kevin, who recently killed several of his classmates in a school shooting massacre.

In her letters, Eva attempts to understand the situation, coming to terms with the fact that her son is a killer, and wondering how she might have contributed. The shocking and beautifully written book won the 2005 Orange Prize and became a movie of the same name starring Tilda Swinton.

Told through a series of interviews, FantasticLand tells a Lord of the Flies-esque story about a theme park in the wake of a devastating hurricane. When authorities arrive at the park five weeks after the storm, they find heads on spikes and human bones all over. The culprit? A group of surviving teenagers left to compete for food, medicine, and social dominance. The spooky story unfolds in shocking ways and will leave readers hungry for more from Mike Bockoven.

Island is an epistolary novel told through journal entries. It centers on a man named Rupert, who finds himself stranded on an island in the Bahamas along with six others. An ax-wielding psychopath stalks the survivors, who try to outwit him at every turn. Since Richard writes each entry after another encounter with the killer, the reader is in constant suspense over his own survival. It’s a unique, fun, and scary book, so it makes sense that it comes from the late and prolific author Richard Laymon. 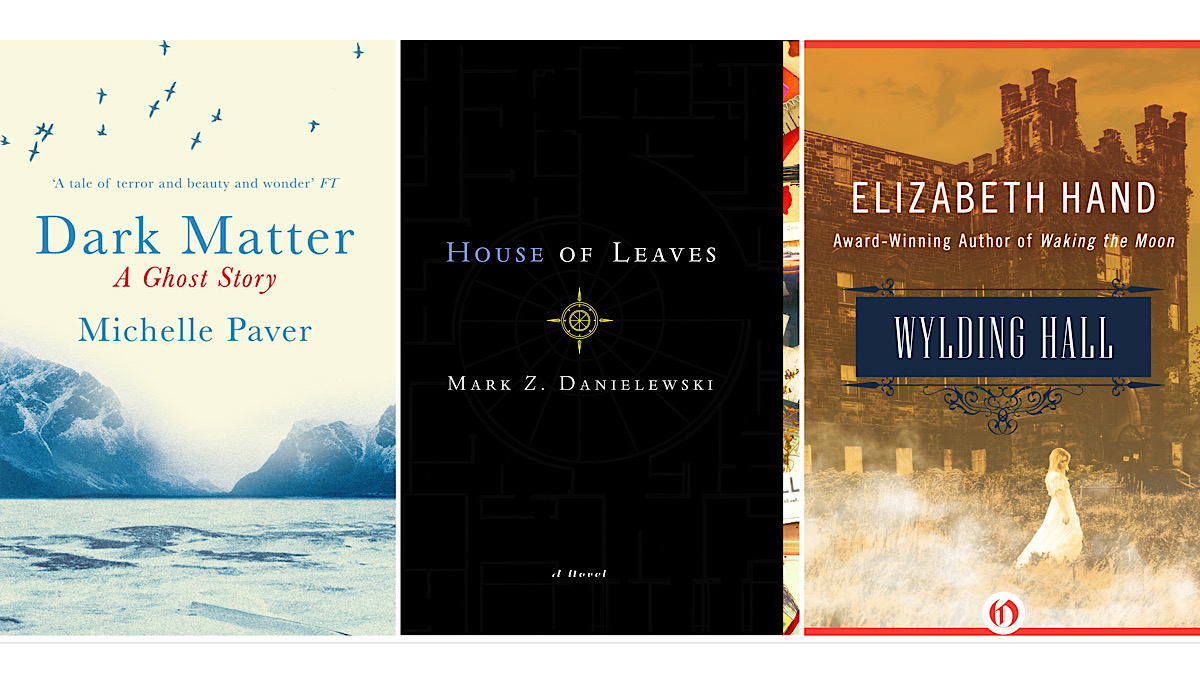 Dark Matter tells the story of 28-year-old Jack, a poor and desperate Oxford graduate looking for a major life change. He joins an expedition to the Arctic, hoping it will provide adventure and companionship. However, all is not as idyllic as it sounds. The Arctic summer is brief and Jack finds himself trapped in a new kind of hellscape. One inhabited by the unknown. The intense and claustrophobic horror novel will get in your head and chill you to the bones.

Matheson, like King, is a god of the horror genre. His excellence is on full display in this epistolary short story, told through letters. The premise is short and sweet. The widow Blackwell dies in a cabin. Her son Little Jim is the only survivor. “Graveyard Shift” features depraved and wicked concepts, and in just four short pages, casts a long shadow of terror. It proves why Matheson was one of the masters of his craft.

Most hardcore horror fiction readers have read House of Leaves, or at least heard of it. Danielewski’s novel is an object of intense fascination, with fans decoding all aspects of its peculiarity. It’s a hard novel to summarize. The main focus is a fictional documentary about a strange house that measures larger on the inside than the outside.

One day, a door appears out of nowhere in the house, leading to a tunnel that shouldn’t exist. A character named Johnny Truant serves as our narrator, as he reads documents about this documentary left behind by his friend’s neighbor Zampanò. House of Leaves isn’t just epistolary; the text also swerves and zigs and zags all over the page. It makes for a strange reading experience, but an unforgettable and terrifying one.

Wylding Hall is such a fun horror book. It centers on a British folk band who gather in a mysterious English country house to record a new album. They record their album, titled Wylding Hall, which makes them famous. But during recording, their lead singer disappears into the mansion and disappears forever. The novel is told in the style of a documentary, with the surviving members relaying their experience in the house. Wylding Hall won the 2016 Shirley Jackson Award. 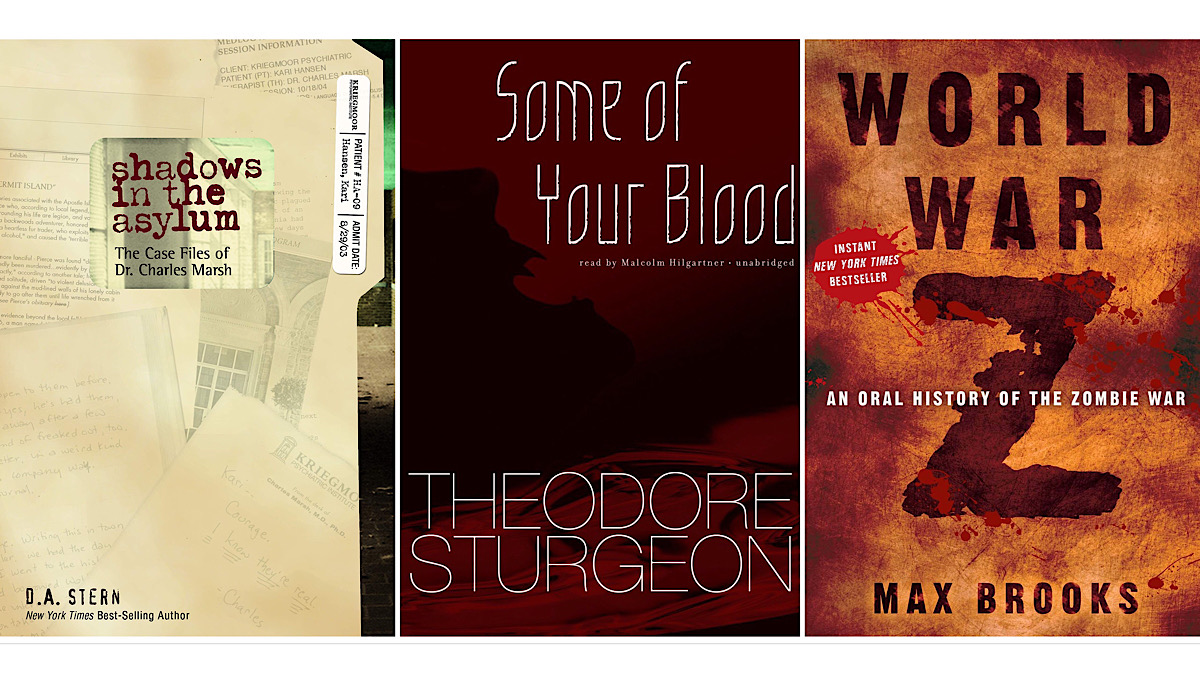 Asylum: The Case Files of Dr. Marsh by Dave Stern

This fun epistolary novel uses the case file of the titular doctor. Marsh works for the Kriegmoor Psychiatric Institute in Bayfield, Wisconsin, where he deals with a young woman named Kari Hansen. Kari relays the visions she sees, of an alien life form that follows and stalks her. Marsh, initially only her doctor, comes to believe these visions are the real deal. If you liked House of Leaves, then you’ll love this one, too.

Some of Your Blood by Theodore Sturgeon

Some of Your Blood also uses a case file to tell its story, this time of Dr. Philip Outerbridge. The novel takes place during a war and focuses on George Smith, an American soldier who is now a patient at a military psychiatric clinic, where Outerbridge treats him. It’s an odd book, and Smith’s story gets stranger and stranger as it goes along. If you’re looking to add something unique to your reading pile, Some of Your Blood is a good place to start.

World War Z is one of the more famous recent examples of epistolary fiction. The book is set during a zombie apocalypse and features several individual accounts narrated by an agent of the United Nations Postwar Commission. These accounts come from all over the globe (and even outer space) and track the major social, political, and environmental changes that come with a zombie disaster. Max Brooks (son of Mel Brooks) is a great writer and the book is easy to breeze through. Marc Forster directed the 2013 film adaptation, starring Brad Pitt.

“The Call of Cthulhu” by H.P. Lovecraft

Few horror authors are as well-known as Lovecraft. The controversial writer is responsible for some of the most famous American stories of the last few centuries. Most famous of all is his Cthulu mythos, including his short story, “The Call of Cthulhu.” The story, published in 1928, centers on narrator Francis Wayland Thurston, who discovers various notes left behind by his great uncle, George Gammell Angell.

Angell, a professor, left behind messages about a cult surrounding Cthulhu, an ancient entity lurking beneath the sea. The story plays with several Lovecraftian concepts: madness, eldritch horror, and entities impossible to quantify with the human mind.