The Exploration Vessel Nautilus (or E/V Nautilus), a not-for-profit scientific research vessel that’s scoured the ocean’s floors with its submarines for years, has uncovered a countless number of bizarre creatures, including alien-like jellyfish and squid. With its latest video, E/V Nautilus adds another little anomaly to its list of observed species, and this one is so rare only four specimens have ever been studied.

The squishy blob-umbrella featured in E/V Nautilus’ latest video ( via Laughing Squid) is likely to belong to the Cirroteuthidae family of octopuses, according to cephalopod expert Mike Vecchione, who is quoted beneath the clip on YouTube. Vecchione thinks it’s possible that it belongs, more specifically, to the species Cirrothauma magna, although that doesn’t seem to be definitive. But if that is true, then this thing is definitely straight out of an H.P. Lovecraft story. The only picture of the rare octopus we found is this single drawing: 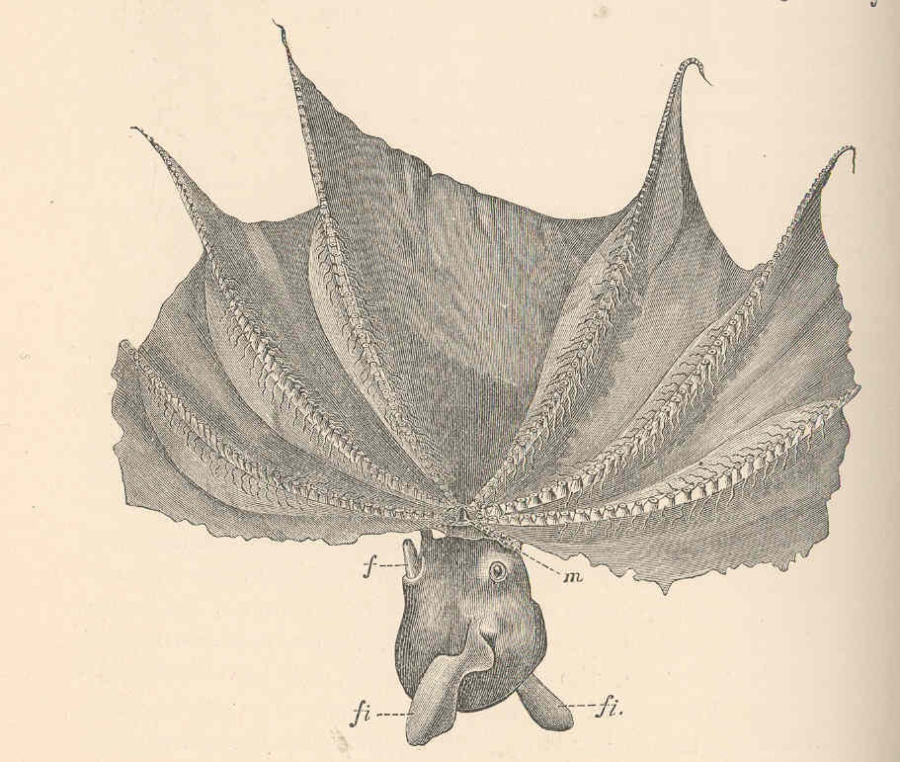 The only image of Cirrothauma magna on Wikipedia. A. H. Cooke

Unsurprisingly, there doesn’t seem to be too much known about the Cirrothauma magna—if that is indeed what this octopus really is—although E/V Nautilus does note that these weird wiggly dancers of the deep can grow to become five feet in length, and appeared to the crew that spotted it to look like a “bell pepper” with a “clown nose.” And while this type of octopus can potentially grow to five feet in length, the one in the video is a juvenile and is only roughly eight inches long.

We have no idea what kind of unbelievably odd sea creatures E/V Nautilus is going to find next, but all of the videos coming from its current territory of exploration, the Pacific Remote Islands Marine National Monument (which is smack dab in the middle of The Pacific Ocean), have been wild. That’s where this octopus was found, as well as this eel, and while these are both amazing finds, we really hope something of the “giant variety” pops up next.

What do you think of this octopus? What kind of weird squishy household item does it remind you of? Let us know in the comments!