Anybody who’s ever seen a Blue Planet documentary, or pretty much any other nature show narrated by Sir David Attenborough, knows that the depths of the ocean are jam-packed with nightmarish creatures who look like they were snatched directly from H.P. Lovecraft’s subconscious. But even amongst the insane soup of sea creatures lurking in Earth’s watery darkness, there are standout species that inspire awe: Like this Gulper Eel, which can balloon up its expandable jaw until it looks like a Chain Chomp from Super Mario Bros.

The Gulper Eel, or Eurypharynx pelecanoides, was captured—on video, not literally—by a submarine deployed by the ocean exploration vessel E/V Nautilus in Papahānaumokuākea Marine National Monument near Hawaii. The E/V Nautilus is a vessel owned by the non-profit, Ocean Exploration Trust, and is responsible for bringing us countless other organic ocean treasures. (Although still no word on Rose’s blue diamond.)

In the short clip above, we’re treated to a glimpse of the Gulper Eel, also known as a pelican gulper or umbrella-mouth gulper, pulling off its signature ballooned jaw trick, and like the folks witnessing it do its thing firsthand, we are thoroughly impressed. Yes, the Gulper Eel may not have the bioluminescent prowess of the Atolla jellyfish or the mysterious origins of this Plumbus-y “Unidentified Swimming Organism,” but it does manage to wow with the way it wiggles and warps itself as it inflates and deflates its bulbous front end. 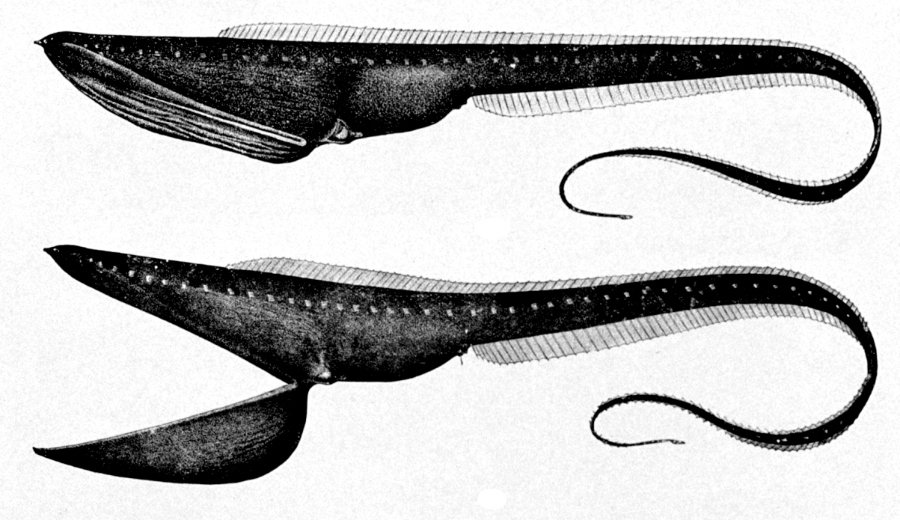 Despite the mondo capacity of the Gulper Eel’s mouth, the deep-sea fish doesn’t really mess around with relatively large prey. In fact, its diet mostly consists of shrimp, squid, and other small invertebrates. It does apparently have a bioluminescent tail to help it catch prey though, so that’s pretty metal. Plus, as one of the off-screen voices notes in the video, it does look a lot like a big ol’ muppet. That’s neither here nor there, but it’s true, right?

What do you think of this Gulper Eel? And what’s your favorite creature from the depths of the ocean? Float your opinions in the comments below!