Halloween season is the time for the Monster Mash, right? Well, it’s also time for some excellent Monster Mash-ups. And the folks at NECA have just revealed one of the best monster mash-ups we’ve ever seen. The toy company is bringing together the world of the Teenage Mutant Ninja Turtles with that of the classic Universal Monsters. And the first figure out of the gate is none other than Raphael as Frankenstein’s Monster. You can see his big reveal in the video right here, which may have you shouting “It’s alive!!” before it’s over.

Universal Monsters x Teenage Mutant Ninja Turtles is a brand new line of 7-inch scale action figures. For this series, NECA is working closely with both Universal and Viacom. This assortment of figures will pay tribute to the world’s most famous turtles and iconic monsters. Raphael as Frankenstein’s Monster arrives first, in early 2022. Subsequent figures will arrive during the rest of the year, including a full line of TMNT characters inspired by the classic icons of horror from Hollywood’s golden age. 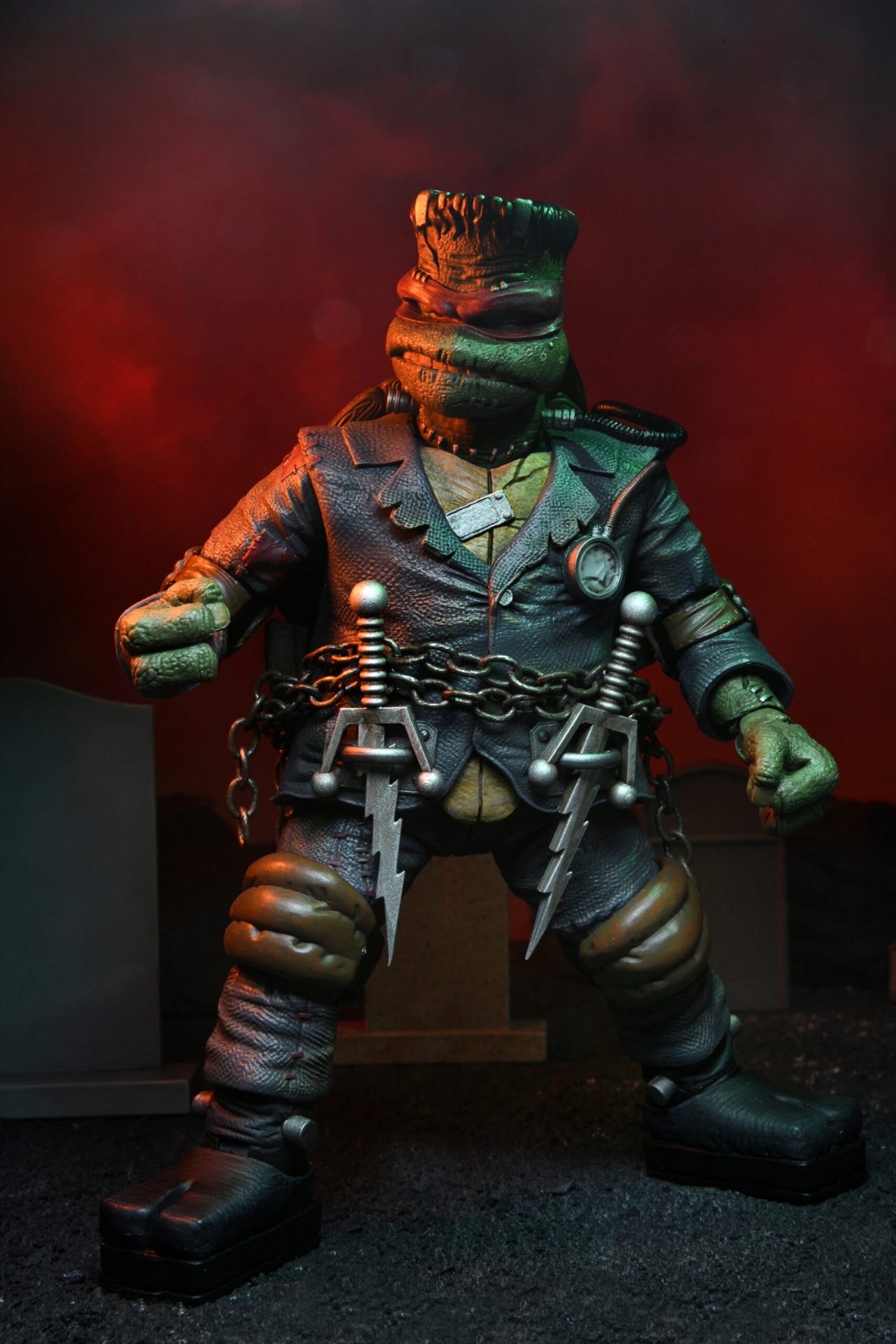 NECA’s Ultimate format is a favorite among collectors for its complete portrayal of a character. Raphael as Frankenstein’s Monster comes with a wide array of accessories, so that many scenes can be recreated. The 5th-panel packaging also allows collectors to remove and replace the figure without damaging the packaging itself. 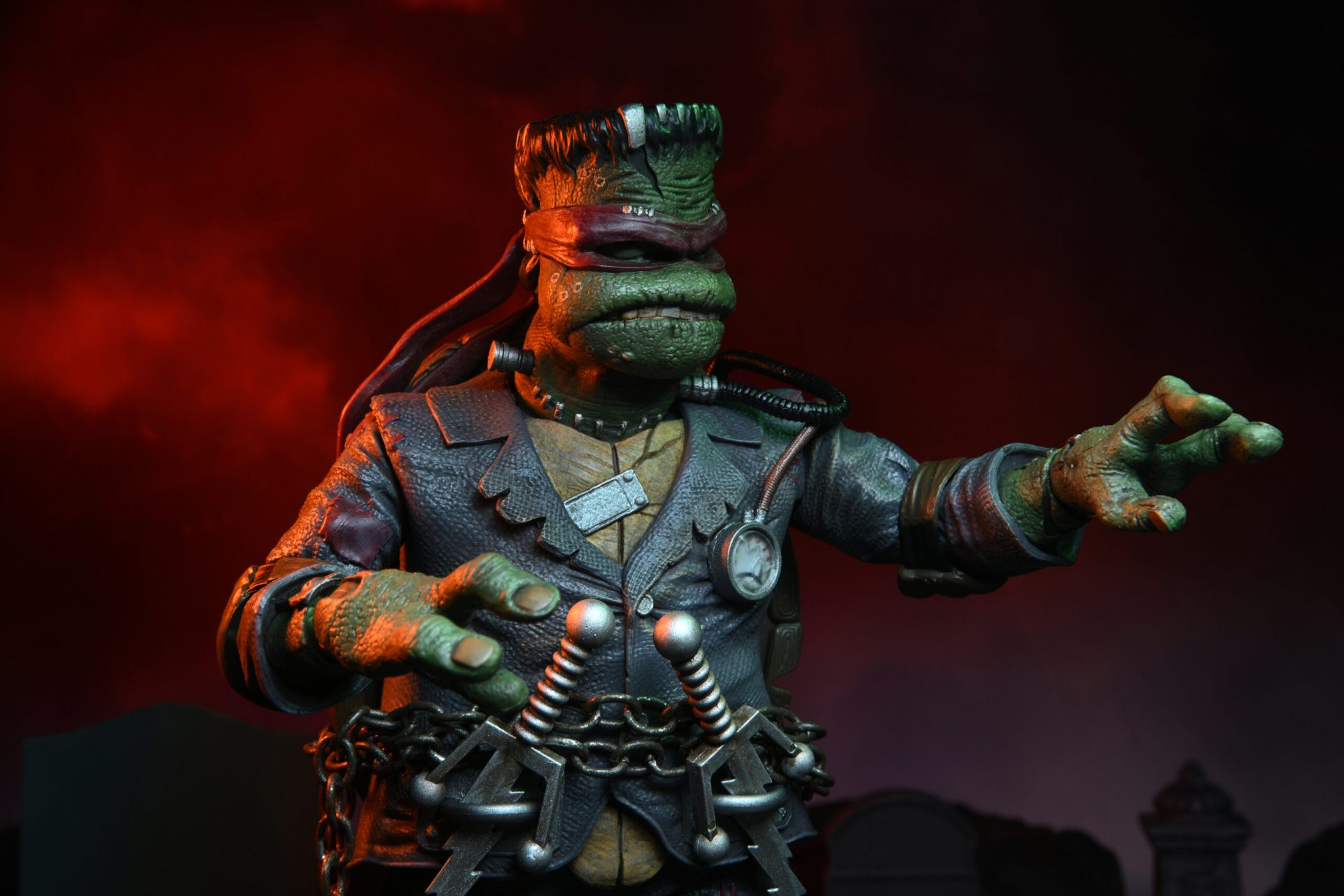 Of course, you’re probably wondering which Turtle/Monster mash-ups are coming up next. We can assume that Donatello, Michelangelo, and Leonardo will take on the characteristics of Dracula, the Wolf Man, and The Mummy. Or maybe the Creature from the Black Lagoon? But which Turtle will get which monster? That’s the real question. We will just have to wait and see. As long as we get an April O’Neil Bride of Frankenstein figure, the boys can take on whichever monster they want.