April O’Neil has had quite the week. The yellow jumpsuit-sporting reporter supports the Teenage Mutant Ninja Turtles through her work and with her fighting skills. And Wednesday we learned at Gamescom that April will be an available player in the upcoming Teenage Mutant Ninja Turtles: Shredder’s Revenge. Then on late Thursday, GameMill Entertainment announced Nickelodeon’s All-Star Brawl will feature April O’ Neil (via Polygon). You can see her in action in the below reveal video.

We love how some of her brawling moves incorporate a camera. April has had different roles over the years in various Teenage Mutant Ninja Turtle comics and series. However, fans likely know her best as the Channel 6 News reporter in the ’80s animated show. It’s quite fitting to see her reporting accessories in the fights here, though she also wields some of the turtles’ iconic weapons. We’re sure they don’t mind lending those to April. And the yellow jumpsuit is simply a must.

All-Star Brawl is essentially Nickelodeon’s take on Super Smash Bros. from Nintendo. Characters from across Nickelodeon’s series will fight each other across 20 different stages/levels. Scenes from Nickelodeon shows inspire the look of those stages. Multiple players can duel each other through local or online play.

In addition to the newly revealed April O’Neil and CatDog, All-Star Brawl‘s characters include Zim from Invader Zim, Reptar from Rugrats, SpongeBob SquarePants from the series of the same name, and Leonardo and Michelangelo from Teenage Mutant Ninja Turtles. They’ll likely add even more characters before the game’s release. 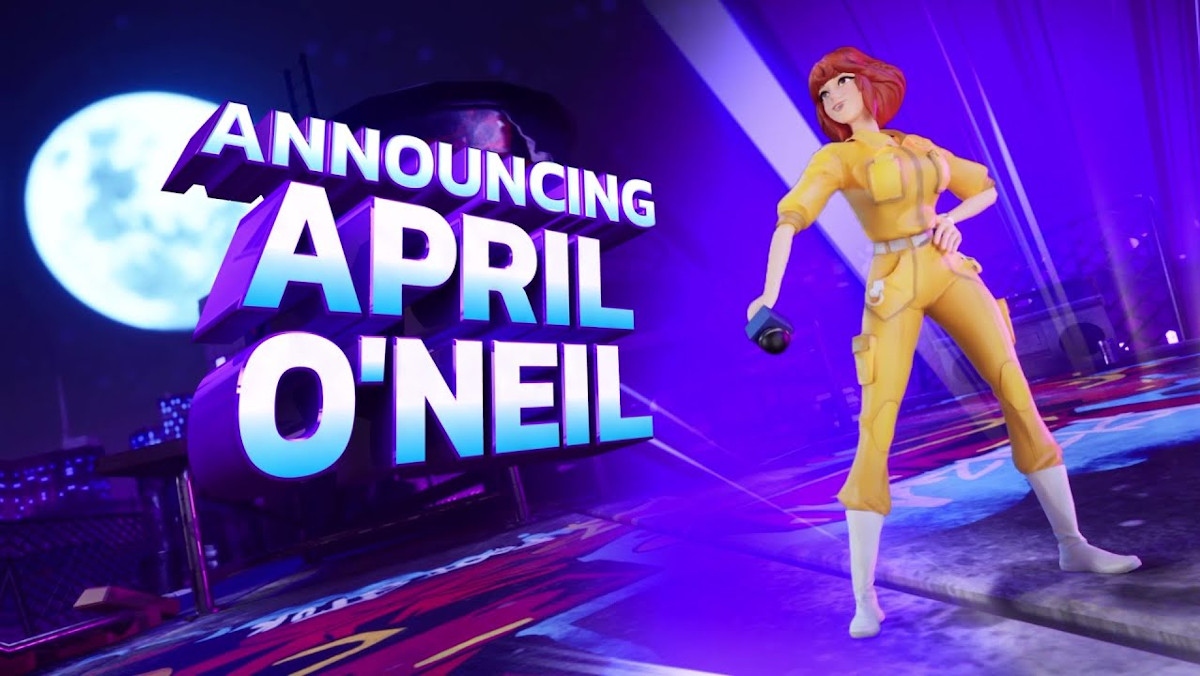