The best Disney films feature adorable animal pals. This is fact. The most outstanding companions offer moral support, make cute noises, and help with mobility. Which ones are at the very top? I’ve come up with a list. I’m defining animal companions as friends of humans/mermaids that play important roles in the film. So, for example, Sebastian from The Little Mermaid is on this list, but Flower from Bambi is not, nor is Pua from Moana. Got it? Good.

My ranking of Disney animal companions from bottom to top: 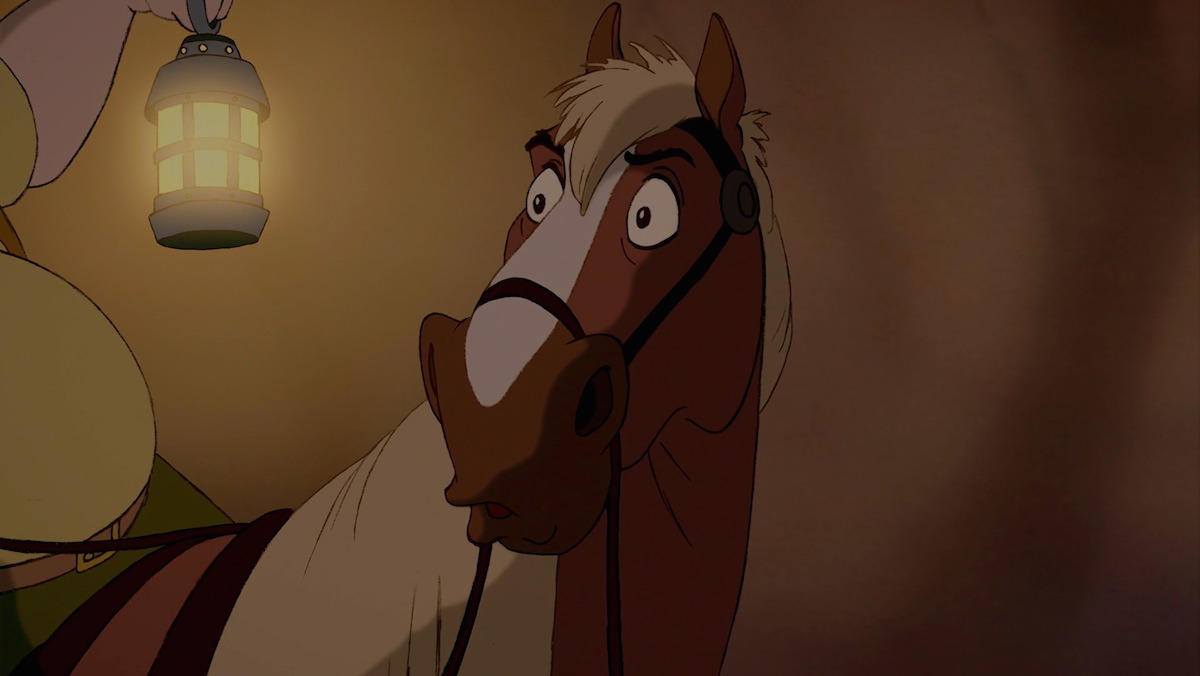 21. Philippe
Maurice and Belle’s horse in Beauty and the Beast spends his time in the film getting scared and throwing people off. Okay, he redeems himself by successfully carrying riders later, but overall, not super impressed.

20. Heihei
Moana’s Heihei doesn’t have a lot going on upstairs. In fact, he has nothing rattling around upstairs. However, he is one darn funny bird.

19. Archimedes
The fluffy little owl Archimedes speaks his mind in The Sword in the Stone, and that’s about all he does. He is knowledgable though and helps the forgetful Merlin get through life (basically).

18. Meeko and Flit
Pocahontas is surrounded by animals, but Meeko and Flit are the two she’s chosen to keep close to her side. Meeko steals all the food he can (I can relate to this), and Flit provides comedic relief.

17. Tantor and Terk
Tarzan has serious best friend material in Tantor and Terk. The trio grew up together and looked out for each other. Tantor and Terk weren’t about thrilling heroics, but they did agree to aid Tarzan in a dangerous situation… you know, before Tarzan left them to go live with humans.

16. Rajah and Iago
Rajah is Jasmine’s fierce protector in Aladdin and is the very definition of majestic. Iago is… incredibly annoying.

15. Jaq and Gus
As the ultimate pair of mice in Cinderella, Jaq and Gus were true friends and possessed bravery beyond their stature. They planned paths around Lucifer the cat, helped Cinderella make a fancy ball gown, and stole the key from Lady Tremaine to set Cinderella free.

14. Ray and Louis
Ray and Louis are technically companions to humans that have been turned into frogs in The Princess and the Frog, but I’m still including them. Ray is one of kindest and friendliest creatures in Disney films. He’s eccentric, but he jumps into every fight. Louis has a heart of gold and and is driven by his passion for music.

13. Bagheera
The wise and cautious Bagheera took The Jungle Book’s Mowgli in when he was an orphan and never looked back. He has a temper, but he’s all about keeping Mowgli safe.

12. Gurgi
The Black Cauldron’s Gurgi is one of the most charming companions. He’s a gopher-like (I think?) creature. While he comes across as cowardly, he sacrifices himself in the end to stop the Cauldron. Aww.

11. Baloo
I could say a lot of things about Baloo from The Jungle Book, but his place on this list can be described thusly: “Bare Necessities.”

10. Scuttle
Scuttle may not quite understand what objects humans use are called, but his enthusiasm about making his friend happy in The Little Mermaid is unquestionable. Plus, did you see the squad he called in to halt Eric’s wedding to Vanessa, a.k.a. Ursula?

9. Sven
“Reindeers are better than people…” Sven’s devotion to Kristoff in Frozen is delightful, but more than that, his speed and strength helped the heroes out of tight spots more than once.

8. Maximus
Tangled’s Maximus showed he was committed to his job by hunting down Flynn Rider but also that he was affected by compassion. He let Rapunzel borrow Flynn to guide her to the floating lanterns and provided humor and services along the way.

7. Mushu and Cri-Kee
When Mushu starts helping Mulan become a warrior, it’s with selfish motivation. But then, he turns it around and becomes loyal and helpful. His firecracker personality and humor combined with Cri-Kee’s scolding looks put them high on my list.

6. Pegasus
Hercules wouldn’t have been able to accomplish his labors without Pegasus by his side. Plus, did you see Pegasus as a baby? Come on.

5. Flounder
Flounder’s inner guppy means he’s often in distress. But you know what? He sucks it up and sticks to Ariel’s side like glue anyway. He’s the friend who you could count on to bail you out of jail in the middle of the night.

4. Sebastian
Yes, another of Ariel’s companions is in the top ten. Sebastian wanted what was best for Ariel and acted accordingly, even if Ariel wasn’t a fan of his actions. He sings, he dances, and in pretty short order, he chooses being Ariel’s friend and being supportive over his ambitions.

3. Abu
Partner-in-crime, best friend, excellent elephant stand-in–Aladdin’s Abu is all these things and more. He helps Aladdin survive life on the streets and does just about anything to make his buddy happy (see above elephant comment).

2. Pascal
Rapunzel’s never without her pal Pascal in Tangled. Anyone who has the patience to remain alongside Rapunzel and do the same activities with her year after year and day after day has my vote. Bonus: his facial expressions are amusing.

1. Jiminy Cricket
What would Pinocchio be without Jiminy Cricket? Jiminy was responsible for teaching the boy morals and wisdom. He’s practical while also optimistic, very dapper, and a guiding light. We could all use a Jiminy in our lives.

Honorable Mention: Mochi
Mochi from Big Hero 6 gets an honorable mention for being one of the most precious kitties to ever appear in Disney animation.

Agree? Disagree? Head to the comments and tell me how you’d rearrange the ranking.