In 2018, John Krasinski surprised the world with the horror film A Quiet Place. Though not his directorial debut, this turn to horror proved necessary in establishing the Office star as a filmmaker. (Krasinski helmed Brief Interviews with Hideous Men in 2009 and The Hollars in 2016.) As such, rapt attention accompanied the news of a second Quiet Place film. When the sequel premiered in New York on March 8, 2020, excitement and curiosity bloomed further.

And then came…well, you know, and we haven’t heard much about A Quiet Place Part II since then. But now, the Krasinski-helmed follow-up will take its place on the big screen at last. And this new look at the long-delayed feature offers peeks at the world before and after the events of A Quiet Place.

In this trailer, we see a flashback featuring Krasinski’s character (who, as you’ll recall, died in A Quiet Place) grocery shopping. A news bulletin on the shop television set suggests that the world of silent danger looms on the horizon. Quickly, we jump to the aftermath. We reunite with Emily Blunt’s character and her two children, on the endless pursuit for safety. Her next adventures entwine her path with that of Cillian Murphy and Djimon Honsou, as we see here. 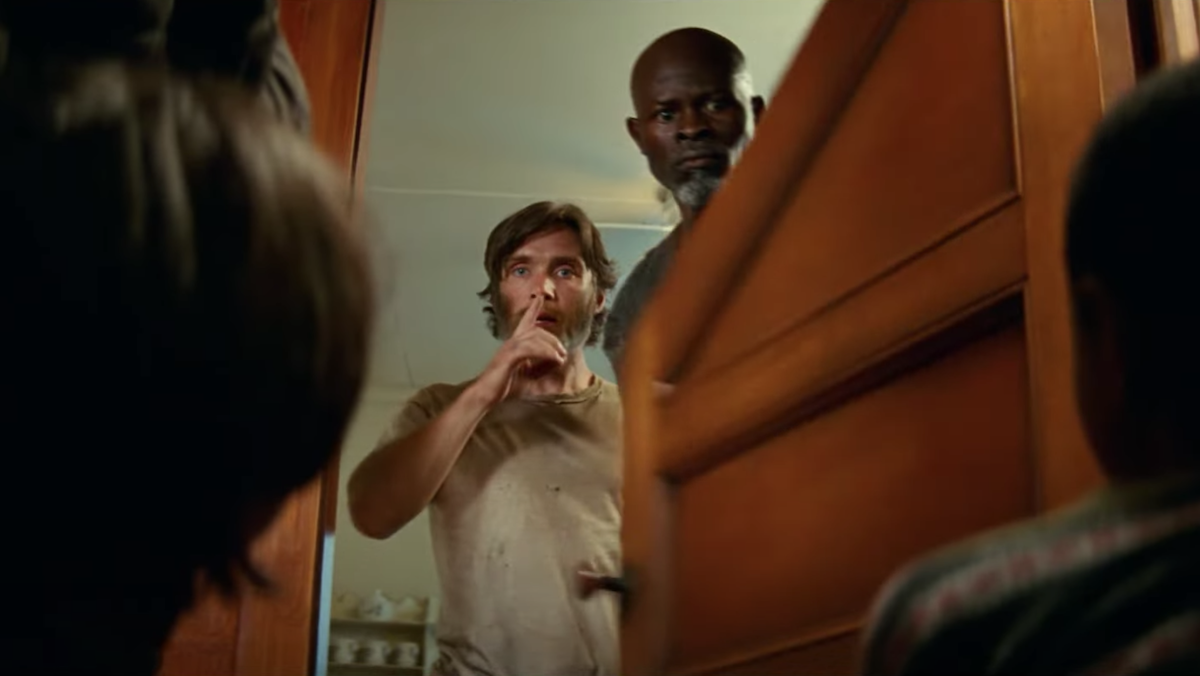 As made evident in the trailer, safety won’t prove easy to come by in A Quiet Place Part II. But Evelyn (Blunt) seems hell-bent on keeping her family alive as long as she can. We have yet to learn how A Quiet Place Part II will expand the story set up in its predecessor; while gripping, the concept was pretty simple. How further Krasinski and his team can play with this world remains a wonder. But after a year and change of waiting on the sequel, we’re eager to find out.

A Quiet Place Part II will hit theaters on May 28.