The Geldingardalsgos volcano in Fagradalsfjall, Iceland, erupted on March 19 after 6,000 years of dormancy. The event caught a lot of media attention, as any major volcano eruption would. There’s something both terrifying and transfixing about an eruption of molten lava. And thanks to technology, we’ve been able to see this volcano up close and personal. We’re not the only ones.

A group of scientists studying the Geldingardalsgos volcano got right up to the lava and cooked some sausages on it. They even toasted the buns on the blackened heat source. In a video from Reuters (that we heard about via Laughing Squid) we watch the group roast their dogs and then smother them with ketchup. They look pretty chill while doing so, despite being right next to, you know, lava.

They aren’t the only ones who got in on the fun. According to France24, thousands of people have flocked to the volcano since its eruption. It’s the first on the Reykjanes peninsula in more than 800 years. Many of those onlookers brought hot dogs and marshmallows to roast on the lava. Apparently this is a common thing in general. A group of hikers in Klyuchevskaya Sopka, the tallest volcano in Eurasia, also recently posted videos of roasting sausages on lava.

I can’t say I blame these folks. Roasting food on lava from a freshly erupted volcano seems like a once-and-a-life kind of story. However, according to Food & Wine, the Ministry of Emergency Situations was quick to remind everyone that volcanoes are still super dangerous. “Rescuers once again wish to remind you that the eruption of a volcano is an extremely dangerous phenomenon for humans,” they wrote in a statement. “The danger is not only the lava flow itself but also phreatic explosions that can occur when hot magma comes into contact with snow and ice.” 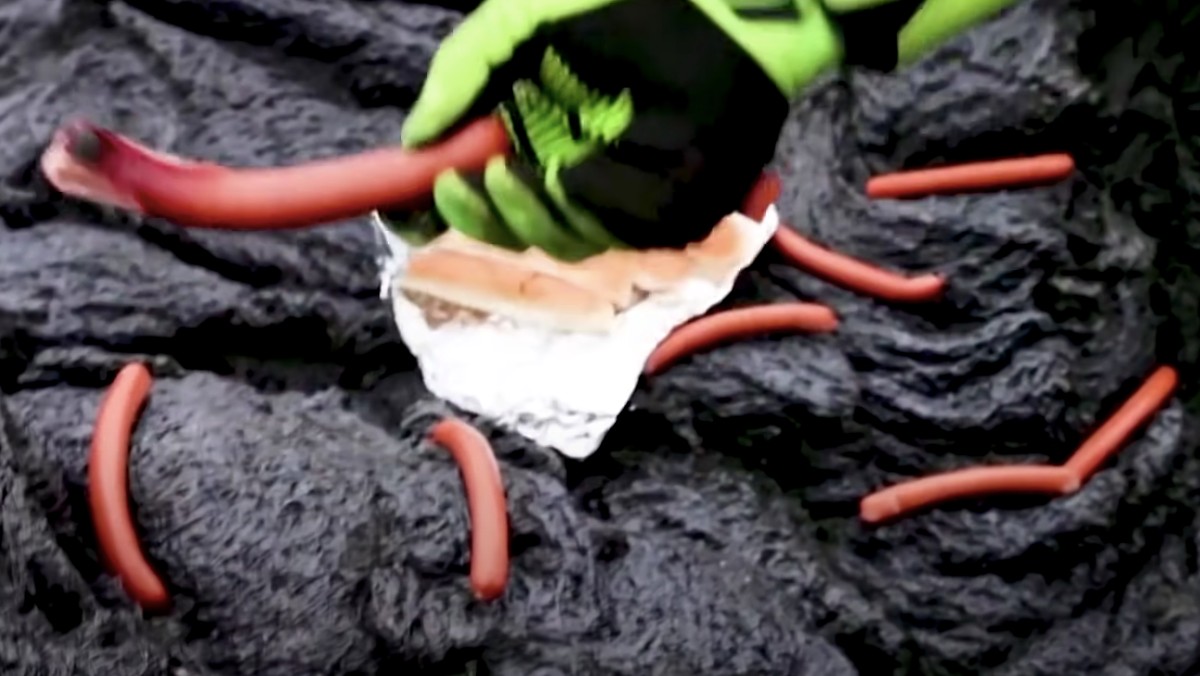 All of this really begs another question. Are hot dogs tastier when grilled on lava? Does it add any special flavor? We’re certainly curious about volcano cuisine after learning about this.