Studio Ghibli is a beloved and lauded company for a reason. They have a standard for quality in story, visuals, and heart that few studios in any medium can boast. All of co-founder Hayao Miyazaki’s films are classics the world over. And there’s a couple reasons for that: 1) they’re very good, and 2) they’ve had good luck with distribution deals outside of Japan. Arguably Miyazaki’s best film (and it’s a real argument) is 1997’s Princess Mononoke, which was distributed in America at the time via Miramax. Miramax had a lot of clout in the ’90s, enough to hire a big-name writer to write the English voice dub. That writer is Neil Gaiman, and you probably never knew that.

I often forget it myself. While the late-90s English language dub boasts performances from Gillian Anderson, Claire Danes, Billy Bob Thornton and others, a lot of anime purists will tell you any English dub is inferior to the original Japanese. But without Miramax, maybe we wouldn’t have seen Mononoke over here when we did. So it’s a double-edged sword. At any rate, Gaiman’s name should have been a big selling point. But according to the man himself in a recent Twitter post ( h/t io9), Miramax took his name off the poster…to make sure theirs was on it.

My biggest secret. (Studio Ghibli asked for some of the Miramax execs to be removed from the poster and credits. The execs looked at all the names, determined that theirs would remain, and realised that mine was contractually expendable.) https://t.co/fm7BRFpp1W

Now, we obviously don’t need to reiterate all of the many reasons former Miramax head Harvey Weinstein is a subhuman sludge pile. He was, however, certainly infamous for getting the distribution rights for Asian films and cutting them to pieces. In one of the more famous anecdotes surrounding Mononoke‘s acquisition, Ghibli producer Toshio Suzuki mailed a samurai sword to Weinstein with a note saying “No Cuts”. Though this had to have annoyed Ol’ Harv something fierce, Princess Mononoke was indeed released uncut. However, the Japanese language script contained some references and context that Western audiences just wouldn’t get. Hence Gaiman’s participation; the American Gods and Stardust author created a script that certainly changes some of the meaning of the words, but holds on to the crux of the story as a whole. 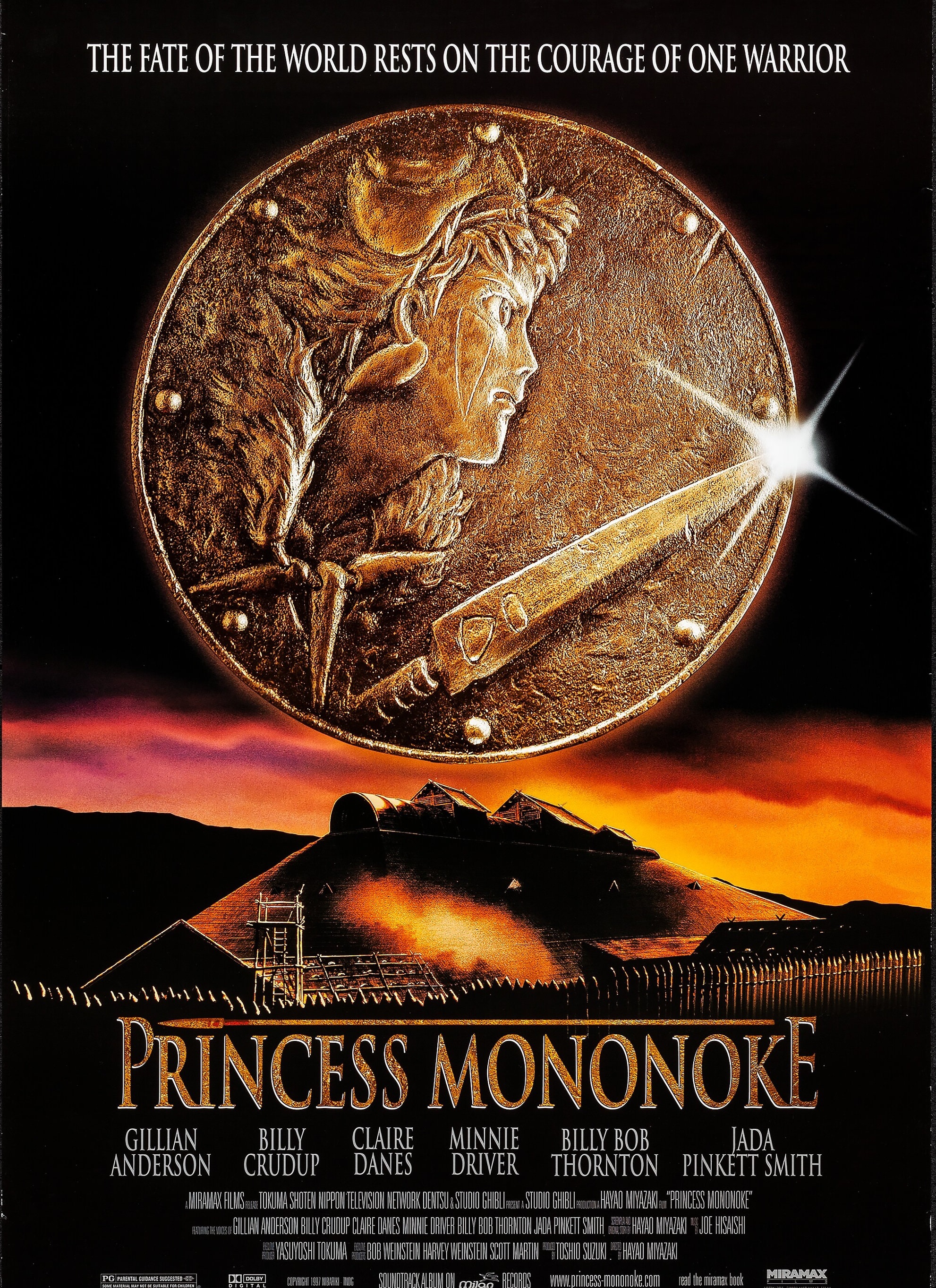 Yet, because Harvey, his brother Bob Weinstein, and producer Scott Martin wanted their names on the poster, Gaiman’s wasn’t. Miramax as a company even got top billing over Studio Ghibli. Gaiman’s name does appear in the credits, but leave it to some glory-gobblers like the Weinstein brothers to think they’re more important than either the writer or the actual filmmakers.