Back in 2004, the Rock & Roll Hall of Fame had one of its most famous induction ceremonies ever. On March 15, former Beatle George Harrison was posthumously inducted into its ranks. During the celebration, a group of rock music legends performed a version of  Harrison’s signature Beatles song “While My Guitar Gently Weeps.” Among this one-time-only supergroup were Tom Petty, Jeff Lynne, Steve Winwood, Dhani Harrison (George’s son) and Prince. Interestingly, Prince also happened to be an inductee into the Hall of Fame that year as well.

Prince’s guitar solo during that performance transforms into the stuff of legend. Yes, it’s that amazing. There’s a reason folks bring it up again and again when talking about the musical legacy of the Purple One. And now, after seventeen years, we have a “director’s cut” of this moment with even more of Prince’s incredible solo. You can watch the full-length video, via Digg, right here.

Director Joel Gallen is the man who filmed this iconic moment. And in the YouTube comments, he explains how this longer version came about. “17 years after this stunning performance by Prince, I finally had the chance to go in and re-edit it slightly – since there were several shots that were bothering me. I got rid of all the dissolves and made them all cuts, and added lots more close-ups of Prince during his solo. I think it’s better now.” We agree. More Prince always equals better. 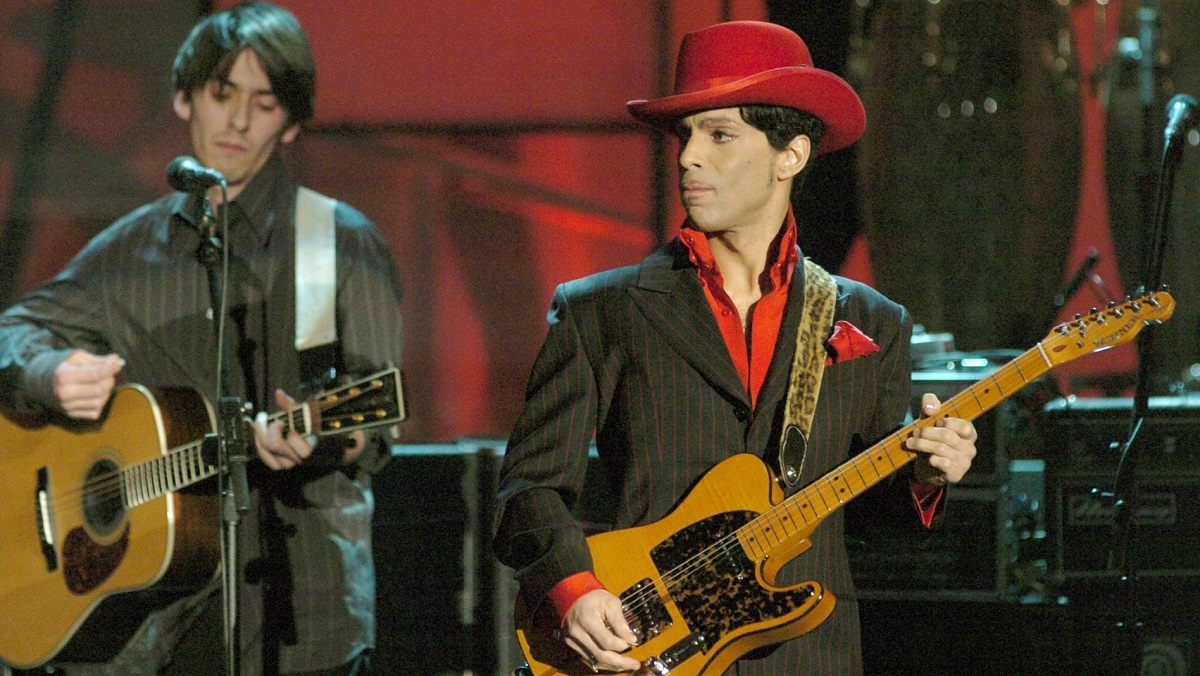 2004 was an epic year in Prince’s career outside of this performance. He began his nationwide Musicology Tour, which saw him sell his new album as part of the ticket price. This skyrocketed Prince back onto the charts after many years. And he also had a legendary performance with Beyonce at the Grammys. But nothing beats that Rock & Roll Hall of Fame moment, and we’re all just lucky that we have more of it now.