Prep for World of Warcraft: Battle for Azeroth with 5 Real Tomes of Lore - Nerdist

Prep for World of Warcraft: Battle for Azeroth with 5 Real Tomes of Lore

Let’s face it: Azeroth has been through a lot. For ages, this poor planet has suffered under wars, undead tyrants, demonic invasions, revenge-seeking dragons, and mystical ninja-pandas. In a few weeks, Blizzard will be unleashing the next chapter in its’ woes with Battle for Azeroth.

In this expansion, World of Warcraft focuses back on the “War” part of Warcraft. Tensions have risen between the Alliance and Horde after Sargeras’s GIANT FREAKIN’ SWORD impaled the world causing Azerite (the blood of Azeroth) to leak out. This stuff is very powerful and, of course, everyone wants to get their hands on it, so cue the alliance and horde fighting over these glowy rocks.

Expansions like Battle for Azeroth are a fantastic way to jump in and discover or rekindle your love of World of Warcraft, but seeing as we have to wait until August 14th for the release, how can we get ourselves ready and pumped for all the new adventures that lay ahead? How about a few good books? Here’s a few tomes to awaken your inner hordie or Alliance…ie? 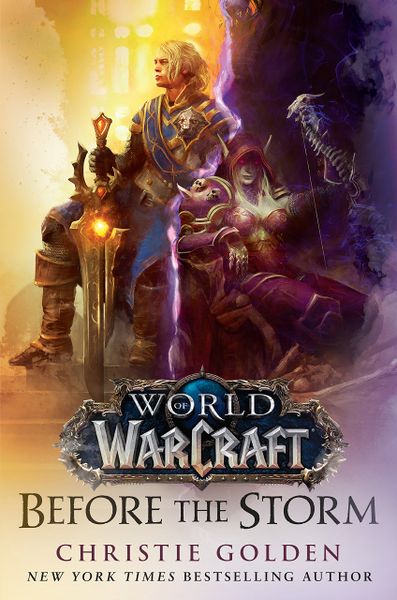 There are 18 novels in the WoW imprint that go over the history and lore of Warcraft beginning with the time between the end of the original Warcraft games and leading up to the Battle for Azeroth. If you need a recap of everything that has happened up to this point, the WOW novels are a fantastic way to immerse yourself in the stories and learn even more about your favorite characters from the games. 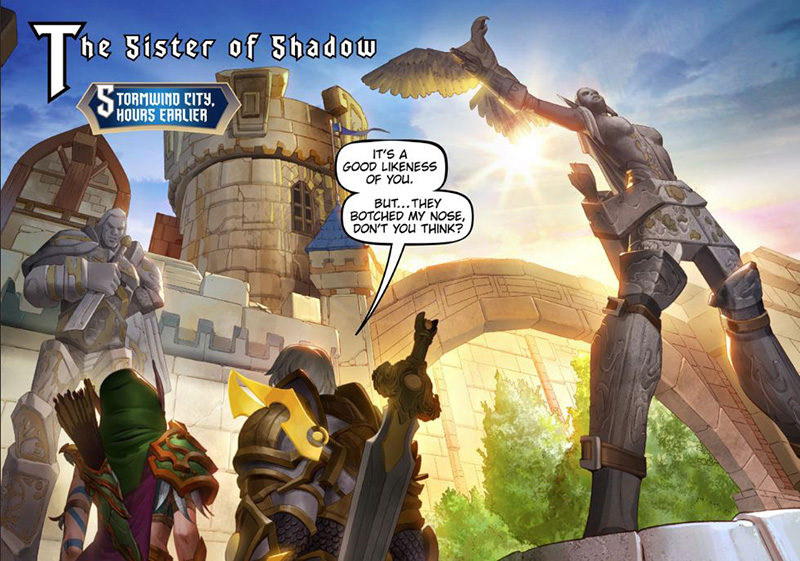 If you are looking for something a little more visual, you can always pick up the comics. There are many different series that include stories from each expansion as well as a manga series, content from the World of Warcraft film, and even a few stories from Hearthstone. Not only can you find volumes at your local comic-book shop, but Blizzard offers free webcomics that tie in with the upcoming expansion. The free comics are just beginning to dive into the upcoming content for the game. You can read Battle for Azeroth #1 — Jaina: “Reunion” here. 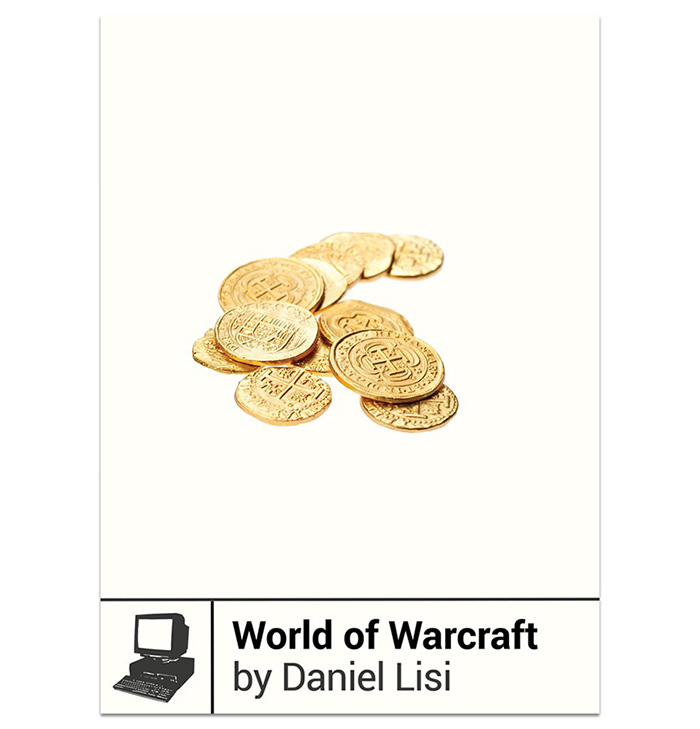 Boss Fight Books are some of my favorite ways to learn more about the games I love. Each book is written from different perspectives, giving you unique insights into all kinds video games. World of Warcraft, by Daniel Lisi, delves into Lisi’s own experience growing up playing WOW. The book contains research and interviews, as well as anecdotes from Lisi’s time in a raiding guild, that detail just how addictive and thrilling the game can be. I find the Boss Fight Books series heartwarming in a lot of ways as they often feel like talking to your best friend about really fun games, so this is a perfect book to read if you just want to reminisce about the fun of playing WOW. You can pick up a copy at bossfightbooks.com 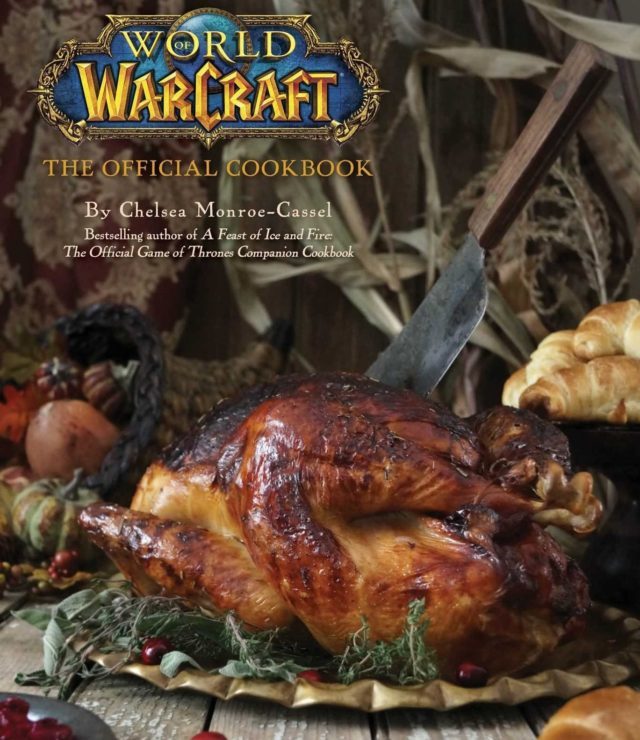 There are several professions in WOW that players can take to create their own goods and make a little gold on the side. The cooking profession can produce some …strange dishes as you often cook that which you have killed and those creatures can include small dragons, disturbingly large bugs, teleporting lizards, sentient fishmen, and good old-fashioned mystery meat, but there are plenty of recipes that sound delicious.

If you want to immerse not only your mind, but also your taste-buds in World of Warcraft, you should try a few recipes from the official cookbook. Chef Chelsea Monroe-Cassel details how to recreate dishes like Buzzard Bites, Golden Carp Consommé, and even Dragonsbreath Chili. Yum! You’ll have a blast cooking up these recipes for your hungry guild-mates. 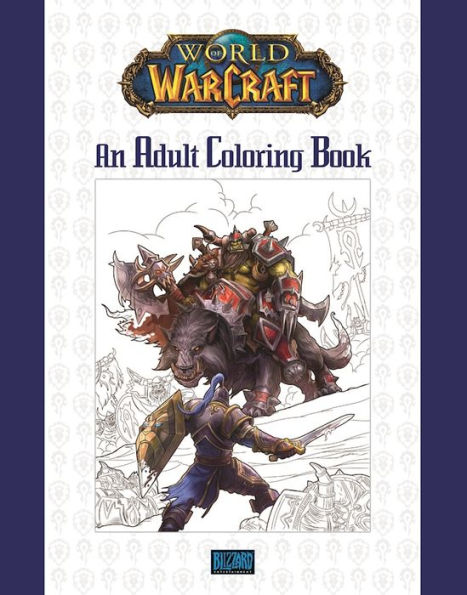 The official World of Warcraft coloring book is plenty fun for full-grown adventurers to those still knee-high to a gnome. The book contains over 80 pieces of concept art, paintings, and sketches for you to enjoy coloring. Don’t worry if you chose mining or herbalism instead of the coloring skill. No one will judge you if you color outside the lines. Sit back, relax, and scribble to your heart’s content.

What other ways will you prepare for the upcoming Battle for Azeroth? Let us know in the comments below and be sure to tune into Game Engine on Twitch and Alpha for more video game goodness every Tuesday starting at 4PM PT.