Giant Rhino Found in China Was Largest Land Mammal Ever

It’s a big deal anytime researchers discover the remains of an unknown prehistoric species. But a recent find is a really big deal. As in the largest land mammal to ever walk the earth big. The newly found Paraceratherium linxiaense was a 16-foot tall, 26-foot long, 22-ton hornless rhino that once called Asia home.

A recent paper in Nature (which we first came across at Mashable) outlines the finding of scientists working in north-central China’s Gansu province. They unearthed partial skeletal remains of an Oligocene giant rhino dating back 26.5 million years. Their find included a complete skull and mandible, as well as pieces of vertebrae. They then used more complete skeletons of other members from the Paraceratherium genus to put together a full outline of the newly discovered beast’s massive proportions. Which it somehow maintained by eating plants and leaves. 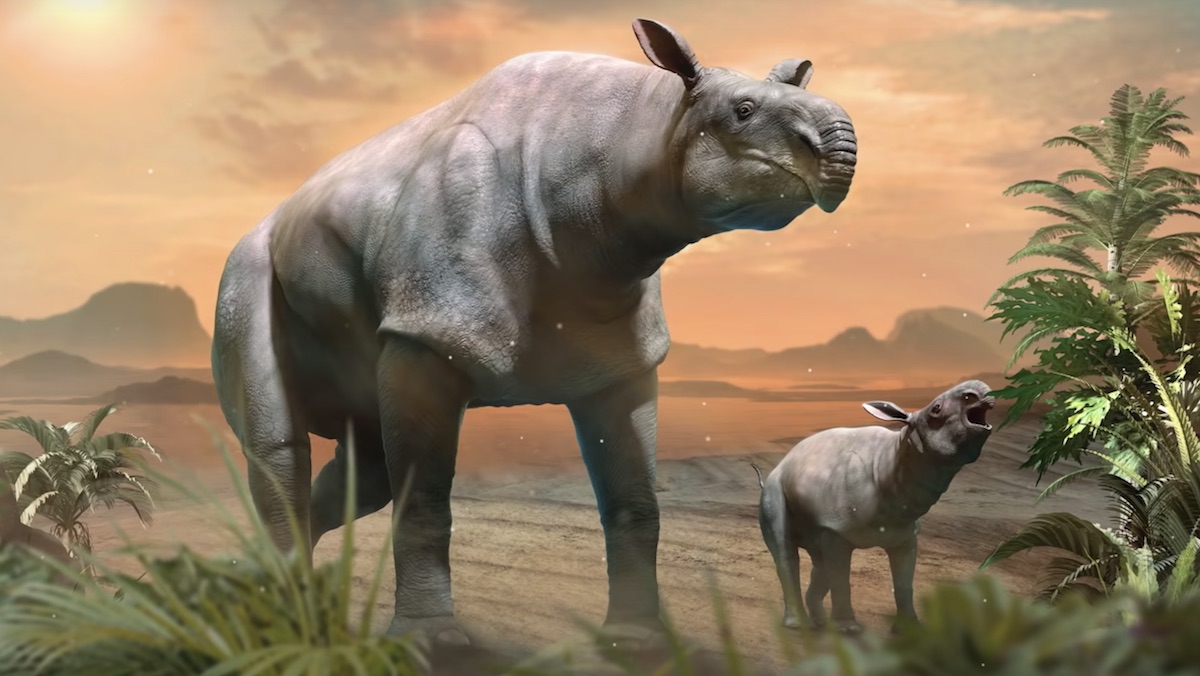 It would tower over the current largest land mammal in the world, an African bush elephant. They measure in at 13 feet tall and 24 feet in length. We would not do well in a fight with an African bush elephant. But at “only” 11 tons, they wouldn’t even be allowed to box a Paraceratherium linxiaense. The enormous size difference would make it an unfair match. No wonder it had so few predators.

Scientists believe the animals roamed the areas we know as Pakistan and Mongolia during the Oligocene period, which was roughly 23 to 34 million years ago. The discovery might also tell us more about the lands they roamed, which might looked very different. The giant rhinos might have migrated through “some low-altitude areas in the hinterland of Tibet, demonstrating that the Tibetan region was not yet an elevated plateau as it is today, without height great enough to obstruct the dispersal of large mammals like the giant rhino.”

But being the biggest kid on the block didn’t save Paraceratherium linxiaense. Scientists say climate change and the presence of other species likely led to their demise. The trees they ate to survive became scarce.

It’s cool being the largest land mammal ever. But the biggest downside to being so large is apparently you need to eat a whole lot of food to survive.