On April 29, the Aveiro District of Portugal welcomed a new attraction: the Arouca 516 suspension bridge. “ Just a bridge?” you ask. “No doubt unworthy of my attention,” you scoff. “I don’t even live in the Greater Arouca area!” you declare. Well, pipe down and take a look at this thing. That is, unless you’ve got a chronic fear of heights. In said case, I’d suggest diverting your attention elsewhere; mere sight of Arouca 516 may just trigger an uncomfortable gasp, or even a dizzy spell. But perhaps you’re the sort who’d delight in a brisk stroll through the clouds themselves. If so, by all means take a peek at this latest feat of engineering. The below video from Euronews’ No Comment TV YouTube Channel captures its majesty.

At 516 meters long (hence the name), it reigns as the longest suspended pedestrian bridge on the planet. (For those of us reading this stateside, that’s 1,693 feet; that’s just shy of one third of a mile.) The bridge hovers 175 meters (or 574 feet) above the Paiva River, which provides a lovely sight while passing. Additionally, the bridge measures 1.2 meters (or about four feet) wide; so, a little too narrow for any more than a couple’s stroll, and just peachy for solo travel. 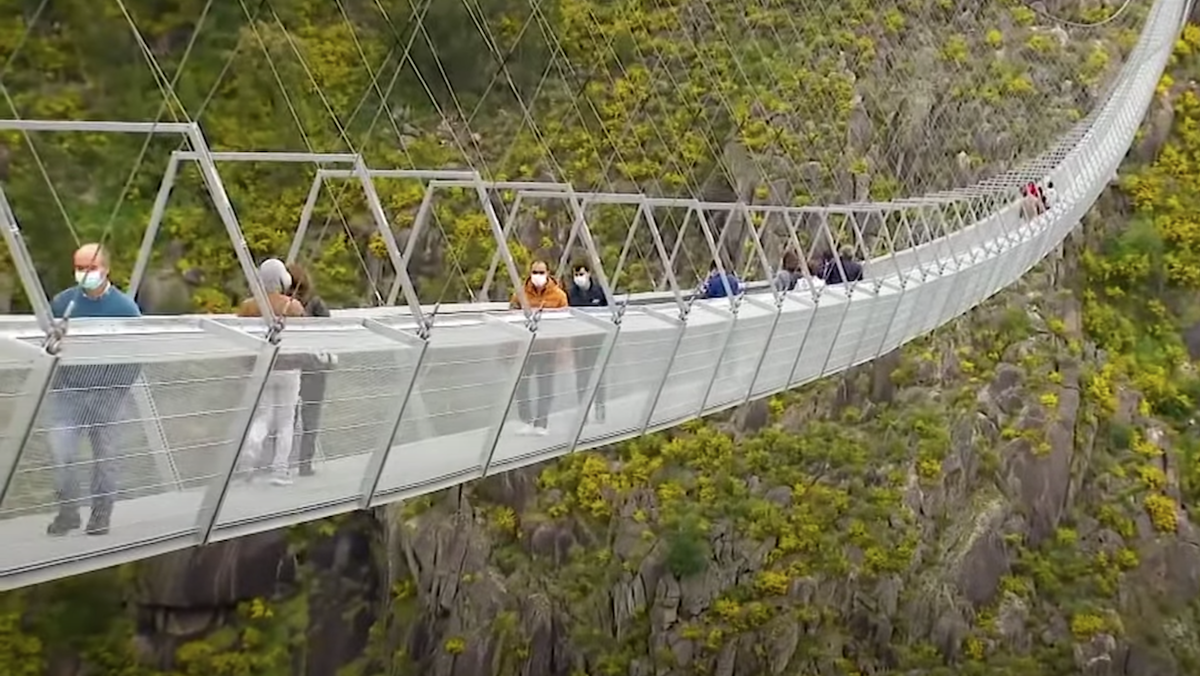 The Arouca 516 becomes just the latest striking feature of the Arouca area, which itself claims designation as a geopark. You can read a bit more about the parameters of such a concept at UNESCO’s website; but basically, a geopark is a protected site of “geological significance.” The area has long hosted a proverbial escape from modern civilization, as it were; the introduction of the Arouca 516 could contribute further to upholding a sanctuary of serenity.

What could be more peaceful than a third-mile walk hundreds of feet above a picturesque river? Again, unless you’re afraid of heights. In which case, perhaps the nearby Lisbon is more your speed.