Phoenix: Dawn Command Is An RPG Where Death Is Not The End - Nerdist

Phoenix: Dawn Command Is An RPG Where Death Is Not The End

Death is one of the most common fears for new players of tabletop RPGs. There’s a lot of time and investment put into a character. Time spent learning the rules, making the character, getting emotionally attached and more are all packed into that sheet full of numbers. If that character dies, many players are afraid they have to start all over from the beginning. But what if death was not the end for a character? What if it was the beginning? That’s the central premise of  Phoenix: Dawn Command, a tabletop RPG created by Jennifer Ellis and Eberron creator Keith Baker.

“Phoenix: Dawn Command was the first game that Keith and I worked on together and it was a labor of love,” said Ellis. “I married the creator of a world for Dungeons and Dragons- but frankly it just has never been my game because I preferred the ease and freedom of narrative control and storytelling of DM-less RPGs like Fiasco. In creating Phoenix, Keith worked on how he could support that type of play within a traditional DM format.”

Phoenix: Dawn Command is set in the Daylit World menaced by a strange evil power called The Dread. A third of the Empire has fallen to these dark creatures, but there is one last hope to beat back the dark. Players take on the role of people who have died and survived the Crucible, where their souls have been forged into something more powerful than mere mortals. Each player is a Phoenix able to die and live again fighting for the people of the Daylit World and becoming more powerful each time they fall in battle. 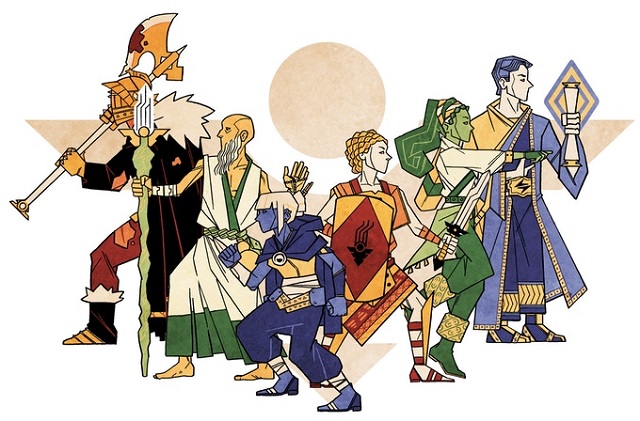 “Phoenix Dawn Command is about heroic sacrifice and the choices you’d make if death was not the end,” said Ellis. “It encourages players to go all in and take chances, and to work with other players to beat the odds. The card-based system encourages storytelling and provides players with a greater sense of control than random die rolls.” 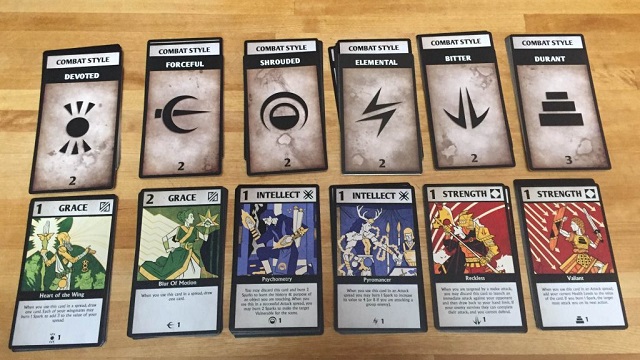 Player decks are built from a mix of combat cards, skill cards and cards unique to the school that taught the Phoenix while in the Crucible. Players draw a hand of five cards and play these cards into spreads when they want to take action. Combat spreads are often split between attack and defense but also only allow redraws at the end of a round. That means players must balance their hands between an all-out attack and keeping cards in hand to protect themselves when enemies come for them. Skill spreads are split between Grace, Strength and Intellect as determined by the Marshal (the game’s term for Dungeon Master). Certain schools are better at certain skill suits, but there’s often some flexibility in how the Phoenix handles a task that can be used in the narration. Someone who has a lot of Strength will play differently than someone with a lot of Grace, but both character can use those traits to climb a wall in their own way. Sparks, a representation of mystic power, can also be used to help a Phoenix in combat or overcome a task. Players must be careful, however. If they run out of Sparks, their character dies and returns to the Crucible to be born again.

When a Phoenix first emerges from the Crucible, they are part of one of six schools that helps focus their strange abilities and sets them on the path to incredible power. We’ll take a closer look at the Schools of Phoenix: Dawn Command in next week’s article as we embark on a new journey with the game on Starter Kit!

What character would you bring back to put in the Crucible? Let us know in the comments! And learn all the ins-and-outs to play Phoenix Dawn Command on Starter Kit, exclusively on Alpha! New members can get a free 60-day trial by going to projectalpha.com and signing up with code “Phoenix”!