Believe me, the last thing I want to be thinking about right now is next winter. I’m in the Northeast. An unusually large December snowstorm just buried us. This season has barely started and I am already sick of it, and the thought of doing it all again in 2021 is an actual nightmare. But there’s reason to already be looking ahead 12 months. Pepsi will be launching a product that will add a little bit of warmth to an icy beverage, with new Pepsi “Cocoa” Cola. It’s a mix of soda and hot cocoa. It has the potential to be super weird or super good. But no matter how it tastes it should be super interesting.

Pepsi put their intriguing new product idea up for consideration on Twitter. And it became an official new item for next year when more than 2,021 people (we get it) retweeted their support for it.

The limited edition Pepsi “Cocoa” Cola will arrive next year. It’s a blend of cocoa with a hint of marshmallow, all mixed with regular Pepsi. It’s soda’s answer to hot cocoa. And considering its name, it’s likely one product Pepsi’s main competitor must be kicking themselves for not coming up with it first. 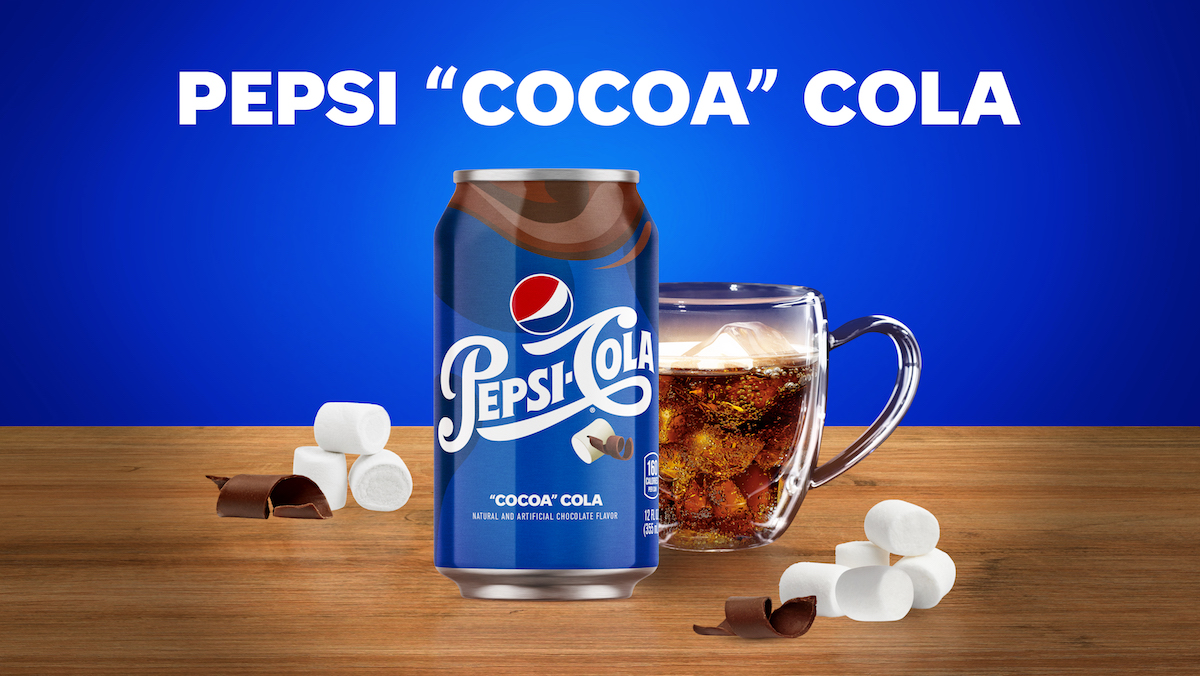 Yes, traditionally “hot chocolate” is not served ice cold. But Pepsi knows many of us will be up for almost any new adventure in 2021.

“There is nothing more classic than hot cocoa on a winter day, but this year has been anything but typical” said Todd Kaplan, Vice President of Marketing at Pepsi, in a statement. “So why not bring together the delicious taste of a Pepsi with the delicious, wintery taste of chocolate and marshmallow and bring some unexpected joy to our fans this season? We are confident we nailed Pepsi ‘Cocoa’ Cola and can’t wait to get this in the hands of cola fans this winter.”

This is the latest seasonal small batch release from the Pepsi Test Kitchen. Earlier this year the company gave away bottles of Pepsi Apple Pie. Both apple pie and hot cocoa sound like weird soda flavors. But even if we don’t like Pepsi “Cocoa” Cola, we’re fans of it.

Winter is coming in 2021 no matter what. At least we’ll have something interesting to look forward to when it does.