Anyone who remembers the Futurama episode “Birdbot of Ice-Catraz” knows that having a penguin-like robot hang out with penguins can be dicey. But because this is real life (and Bender wasn’t involved), John Downer sending in his “RoboSpy Emperor Penguin” to observe chicks hatching went splendidly. Below is a clip of the scientific adventure, which—warning!—may result in a cuteness overload.

Laughing Squid picked up on Downer’s video, which first appeared in an episode of the BBC series, Penguins: Spy in the Huddle. And while the series premiered back in 2014, Downer only recently uploaded this particular clip to his YouTube channel. (Incidentally, we’d like to note that the subtitle of Penguins was Waddle all the Way.)

In the clip, we see the RoboSpy gracefully glide along the snow as it surveys a waddle of emperor penguins in Antarctica. And then, at some point, somehow, maneuver its way into the waddle and capture some up-close footage that is truly wild. Although, note that 50 other cameras the show deployed are also responsible for some of it. 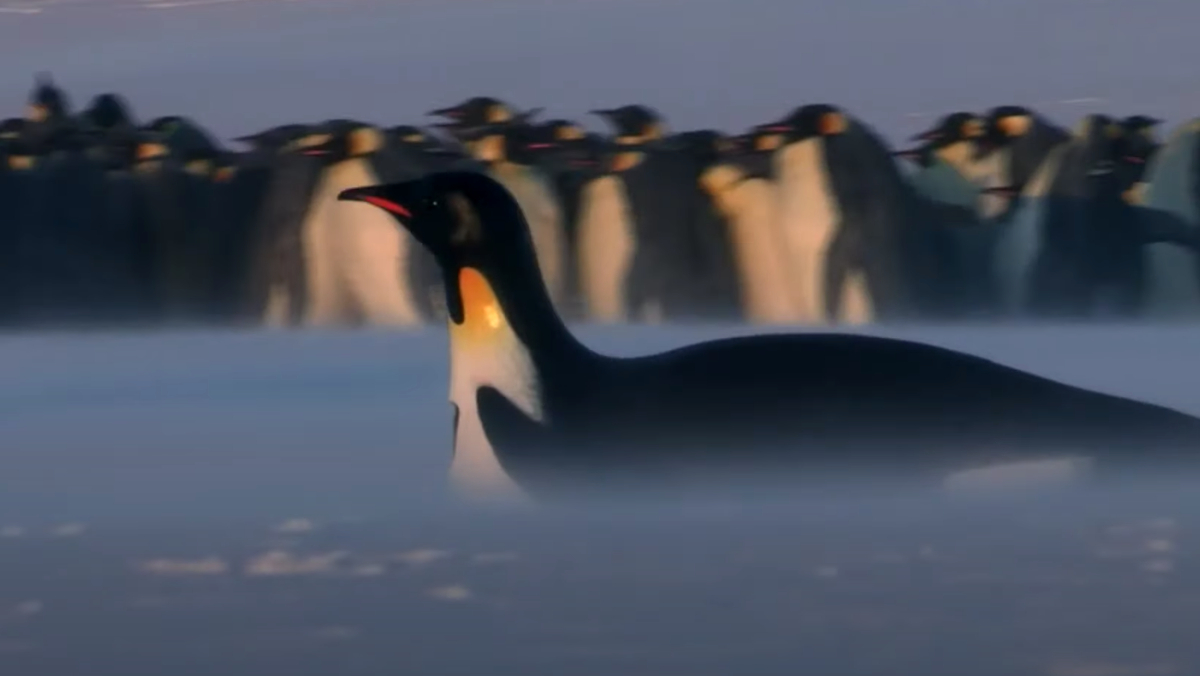 Regardless of which cameras captured which shots of the waddle, these angles are fresher than winter’s first snow. Tons of different close-ups show viewers the waddle’s male emperor penguins as they watch their chicks hatch. One angle even shows an emperor penguin pecking at its chick from where its feet are; a shot which we can only imagine must’ve required some kind of egg-camera. Although we’re just speculating.

Anybody who thinks these robo-animal infiltration videos are way cool should check out Downer’s other clips. Downer and his production company, for example, have also used a RoboSpy hummingbird to check out 500,000 butterflies. And what a primate-like RoboSpy can capture when it’s amongst macaques is extremely enlightening. Nothing beats watching penguins feed for that weird kind of cuteness, though.