If you’re searching for some wholesome content to carry you into the weekend, look no further. A video of snow monkeys grooming themselves underwater has come to the rescue. The video (which we first saw at LaughingSquid) comes from the PBS/BBC documentary Spy In The Wild 2 — The North.

Narrated by Doctor Who‘s David Tennant, the series uses the latest camera technology to go “undercover” and explore animal behavior from every corner of the Earth—from the ocean floor to the tropical forests to the icy tundras. In this particular episode brings us to the Northern Hemisphere. The focus is on animal life in different temperate zones, including snow monkeys called Japanese Macaque.

In the clip above, provided by YouTube user John Downer Productions, a robot spy camera observes the grooming rituals of a troop of Macaque as they bathe in the Japanese hot springs. Macaque are the only monkeys that can survive in the mountains of Japan, where according to the video, “winters can be harsh, and temperatures can fall far below zero.”

The robot is both waterproof and able to be submerged, which means it can capture the troop’s behavior pretty well. And it’s fascinating to get an up-close look at how the Macaque interact with each other. While the activity of grooming is shared among the primates, the video explains it also shows the troop’s hierarchy—whoever grooms helps keep everyone together. 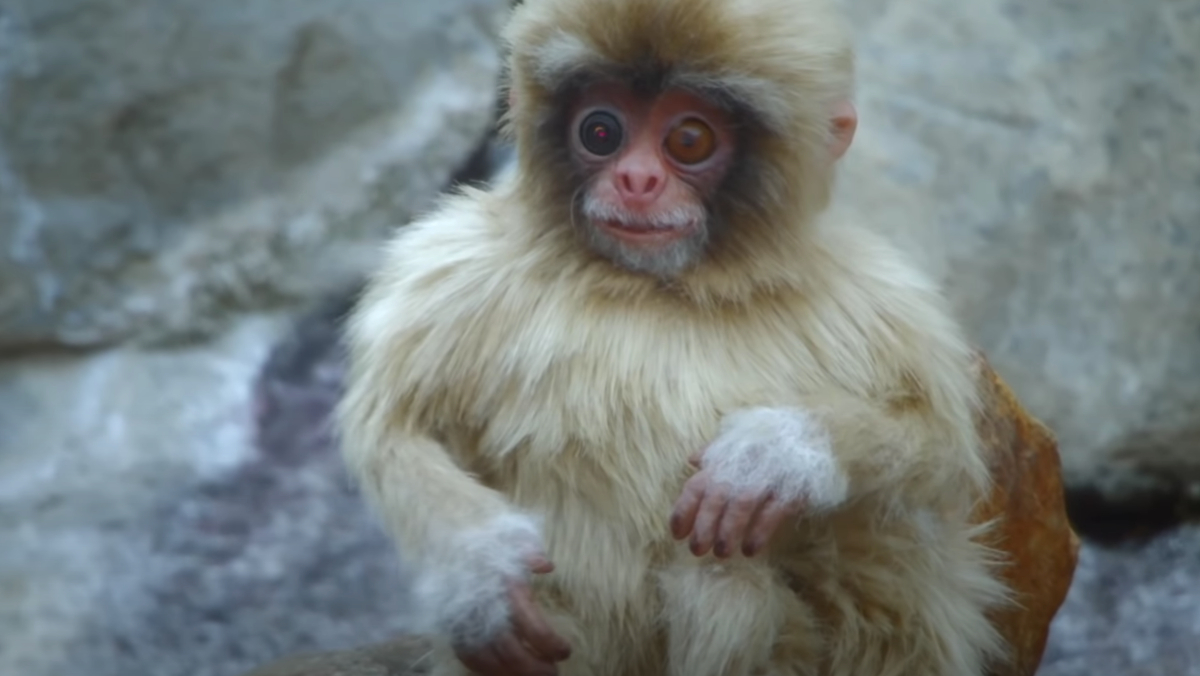 As we watch these Macaque play and groom, we also learn how gender plays a role in differentiating the animals. The males enjoy play fighting, which prepares them for the day they’ll leave their troop and join another. The mothers, however, remain. They’re responsible for deciding who their troop socializes with, a custom that passes down through generations of Macaque.

The hot springs aren’t just a fun place to “socialize and strengthen friendships.” They share the same use as a human spa, offering relaxation, warmth, and a way for the animals to de-stress. Female Macaques tend to use the spa the most, especially if they’re pregnant.