Even among people who are ambivalent about birds (and believe you me—some people out there are really ambivalent about birds), penguins rank as a feathered fan favorite. That’s why, as the trailer for Penguin Town asserts, there are so many movies about the flightless fluffs in formalwear. So what distinguishes this latest documentary, hailing from Netflix and sporting narration by Patton Oswalt? Well, on the one hand, the series focuses on a specific type of endangered penguin striving to make it in the wild after rehabilitation. But on the other hand: what new spin do we really need here? They’re penguins! Look at them! Look at them go!

Penguin Town’s stars are endangered African penguins, whom the series will follow on their preternatural trek to the Western Cape of South Africa. Their mission: to mate, lest their dwindling species wind up even slimmer. But even with stakes that high, there’s something inherently relaxing about watching penguin-based material. These are, after all, the cutest members of the avian class. Dare we say, among the cutest species in the entire animal kingdom. How stressed can you really get watching them carry out their natural inclinations?

Penguin Town seems to follow the Disney Nature model; not only with pop culture fixture Oswalt narrating the story, but with centerpiece “characters” in the form of Ayoba and Rebecca. (Per Netflix’s liner notes accompanying the trailer release.) Names or not, we’re sure to get attached to each and every wobbling waterbird we meet. 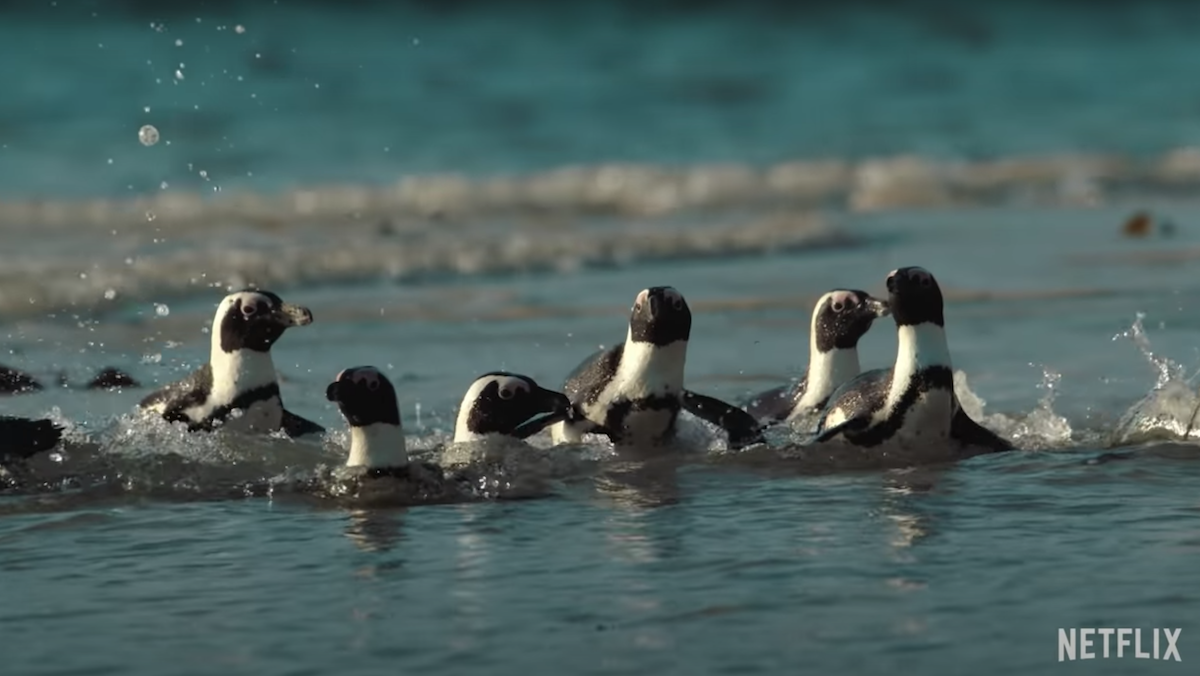 The full season of the new documentary series will hit Netflix on June 16. To tide you over until then, might I remind you of the standing catalogue of penguin-based feature films eager to be consumed? March of the Penguins; Farce of the Penguins; Disney Nature’s Penguins; Penguins of Madagascar; Mr. Popper’s Penguins; Happy Feet; Surf’s Up; The Pebble and the Penguin; Batman Returns…

They surely have given us some wonders, haven’t they?