Kyoto-based graduate researcher, Oliver Jia, recently posted a picture of the greatest thing to come out of aquariums since dolphins meeting sloths: a flowchart illustrating “the complicated romantic relationships” that are at play amongst the Kyoto Aquarium’s penguin population. And while the little aquatic birds’ romantic web of intrigue is shockingly complex, it’s also oddly familiar.

The Kyoto Aquarium has a flowchart illustrating the complicated romantic relationships and breakups between their penguins. pic.twitter.com/3QzPnAewCU

Jia’s viral Twitter post, which was spotted by Spoon & Tomago, shows a wall-sized flowchart at the Kyoto Aquarium inside Umekoji Park in Kyoto, Japan. In follow-up tweets, Jia—who’s actually pursuing his master’s in international relations—noted that penguins are “known to be vicious animals who cheat on their partners and steal other’s children.”

Spoon & Tomago, translating information from the Aquarium’s website, says that, according to the penguins’ caretakers, the birds’ “romantic escapades” are easy to observe. Wing-flapping, for example, is a sign of affection, as is mutual grooming. And on the sadder side, penguins who’re going through a break-up will refuse to eat. 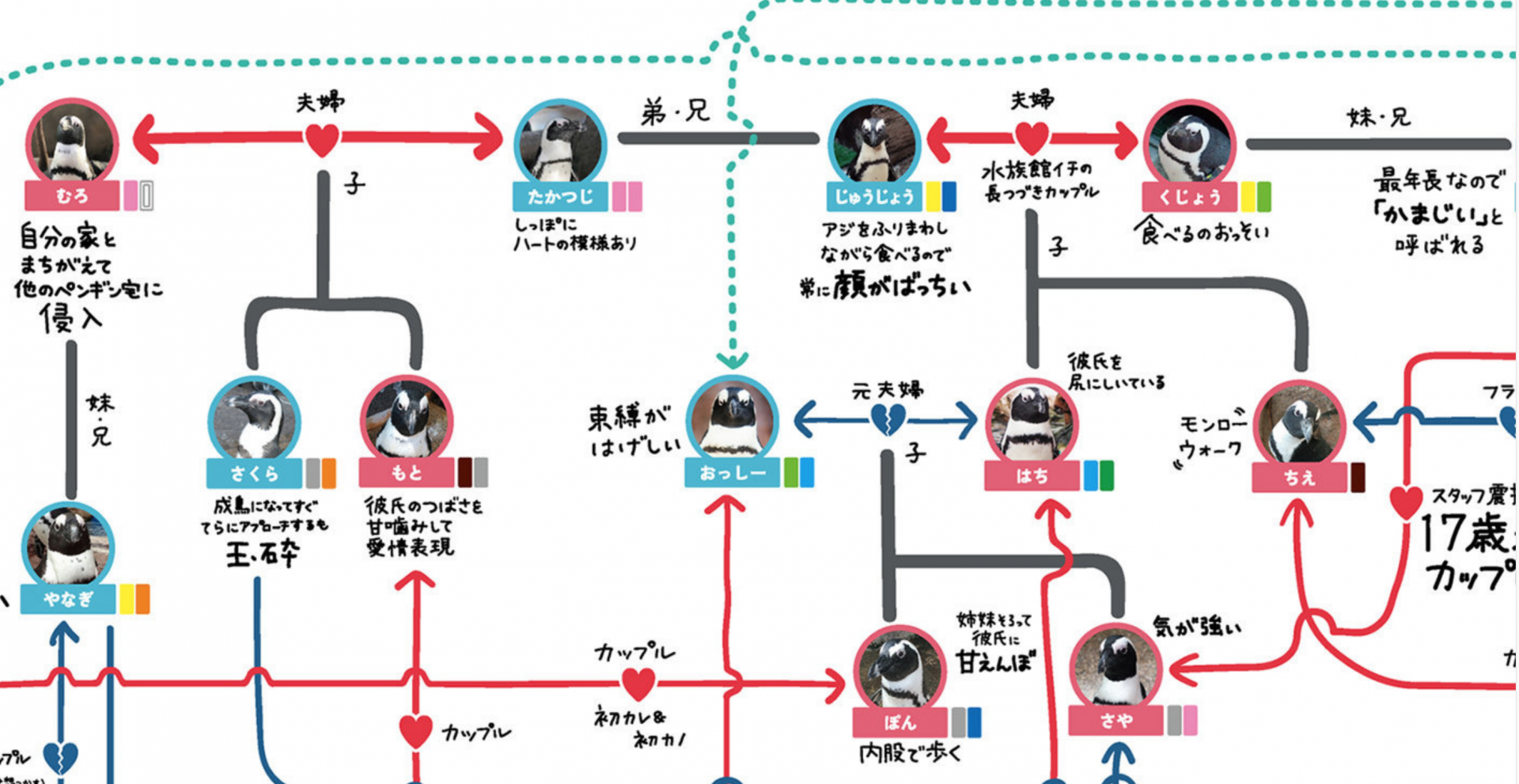 As far as the actual flowchart is concerned—there are actually two of them, one of which belongs to Tokyo’s Sumida Aquarium—it is a well-laid-out tapestry of relationships in constant flux. There’s a legend that contains five different heart and penguin symbols that stand for, presumably, the different stages of love affairs. Although there’s no translated version for the legend, there are hearts, for example. Also broken hearts, which, according to Tomago, stand for “crushes” and “heartbreaks” respectively.

For those wondering, most penguins are monogamous: meaning one female mates with one male for the duration of a mating season. Many partners will, however, also choose to mate exclusively for life. This is the case for penguins because both parents are involved in raising offspring. Now if we could just see a chart of that at the Tokyo Aquarium for science. (Read: soap opera-esque drama.) 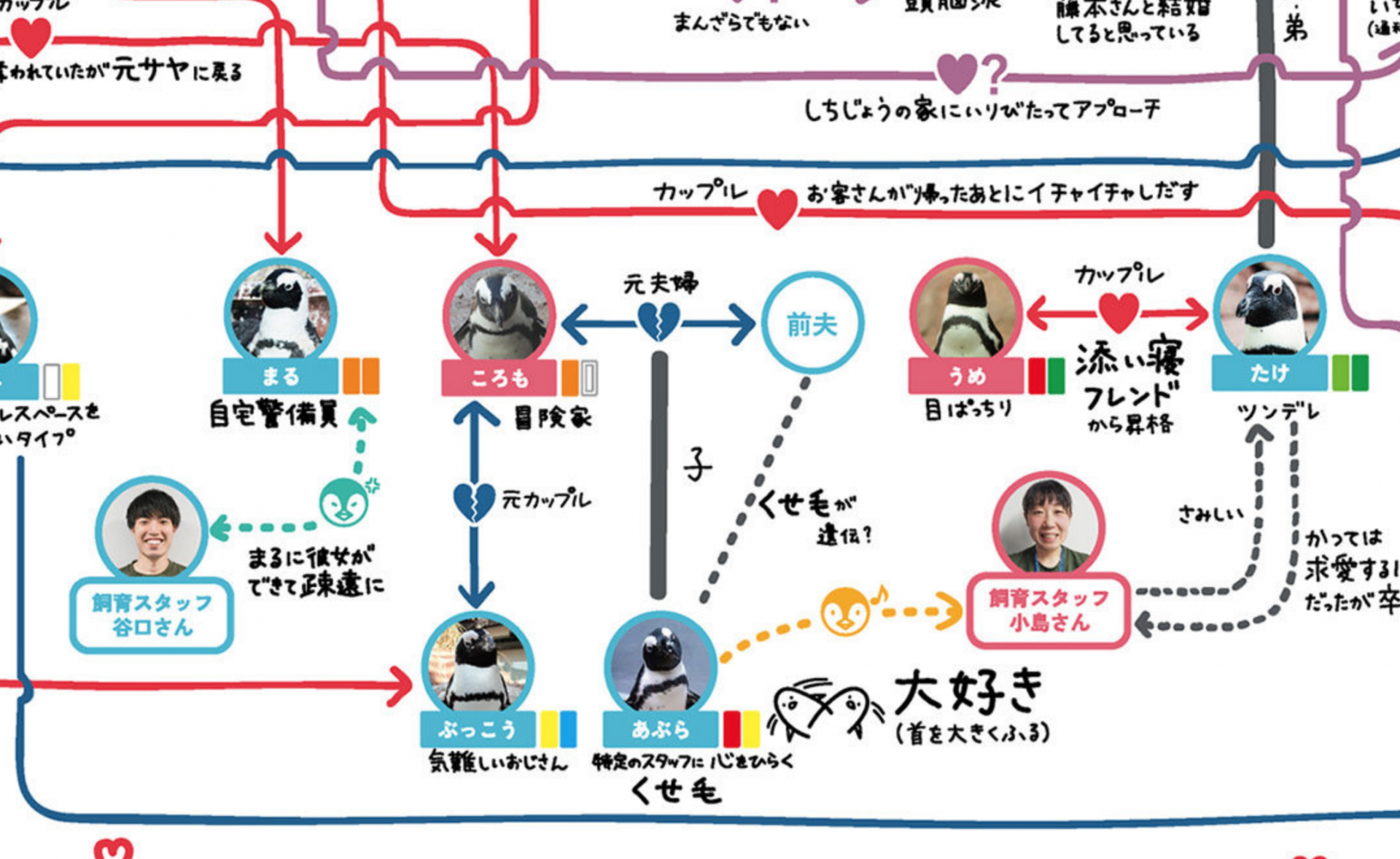 What do you think about this penguin relationship flowchart? Do you want to see the Tokyo Aquarium lay out penguin offspring relationships now? Or is this one chart enough drama for you? Let’s discuss in the comments!