For five seasons, Pee-wee’s Playhouse delivered wild and wacky fun to kids and adults on Saturday mornings. It also has one of the best television Christmas specials of all time. It had Cher, Little Richard, and even a Grace Jones musical performance. The secret word here is “iconic.” But sadly, we never got an accompanying Pee-wee’s Playhouse Halloween Special. Until now, that is.

Thanks to Boing Boing, we’ve been reintroduced to Roosevelt, the young boy from Texas who re-created Pee-wee’s Big Adventure shot-for-shot with his family during quarantine. He and his family have now created the Pee-wee’s Playhouse Halloween Special that never was….and the real Pee-wee Herman even makes a voice cameo! You can watch the Roosevelt’s Playhouse Halloween Special in its entirety down below.

Almost all your favorite characters from the original Playhouse make an appearance in this one. Chairy, Miss Yvonne, the King of Cartoons, Clocky, and of course, Jambi the Genie. Who, as always, is there to grant one special wish. But the best character recreation here is Conky the Robot. Roosevelt’s family somehow made a very convincing recreation of Conky with what looks to be a keyboard, some trunks, and whatever else they had lying around the house. Genius. 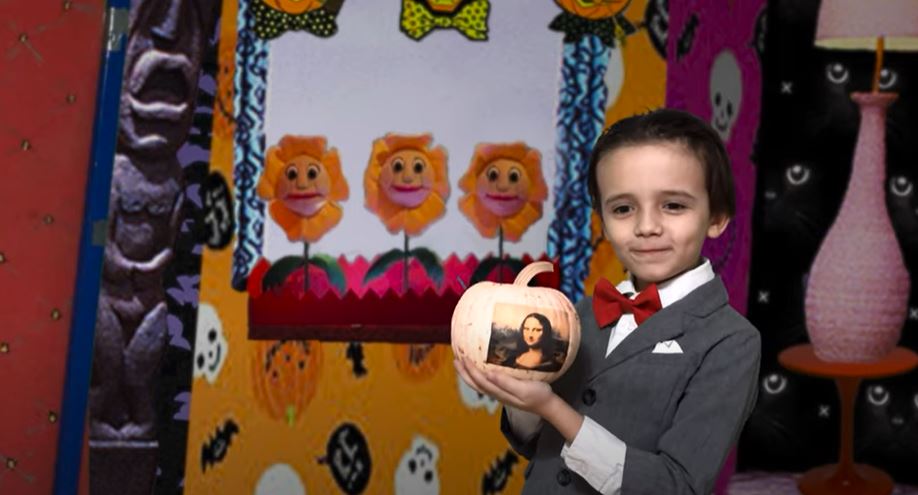 Hopefully this inspires the real Paul Reubens to make his own Pee-wee Halloween special. It was only a few years ago that he returned for Pee-wee’s Big Holiday, and has been circling a “ dark Pee-wee movie” for a few years. But right now, we think the world needs a proper Pee-wee Halloween special. Maybe give a call to his good friend Elvira? If Roosevelt and his family can pull it off with fifty cents and determination, we’re sure the actual Pee-wee could pull of something amazing. In the meantime, here’s hoping we get more amazing Pee-wee tributes from Roosevelt and his family.