A team of researchers has just announced the first-ever “reconstruction” of a psittacosaurus’s cloaca; that is, the dinosaur’s all-purpose hole used for urinating, defecating, mating, and laying eggs. The researchers also say the dinosaur’s cloaca may have had large lobes around it, which would’ve harbored “musky” scent glands. (Talk about an orifice!)

Boing Boing picked up on the fresh dino reconstruction, which the researchers described in a paper published in the journal, Current Biology. The team looked at a fossil of a psittacosaurus, and extrapolated out, from its shape and exceptionally intact integument—the dinosaur’s tough, outer layer of scales—a visualization of the multifunctional outlet. 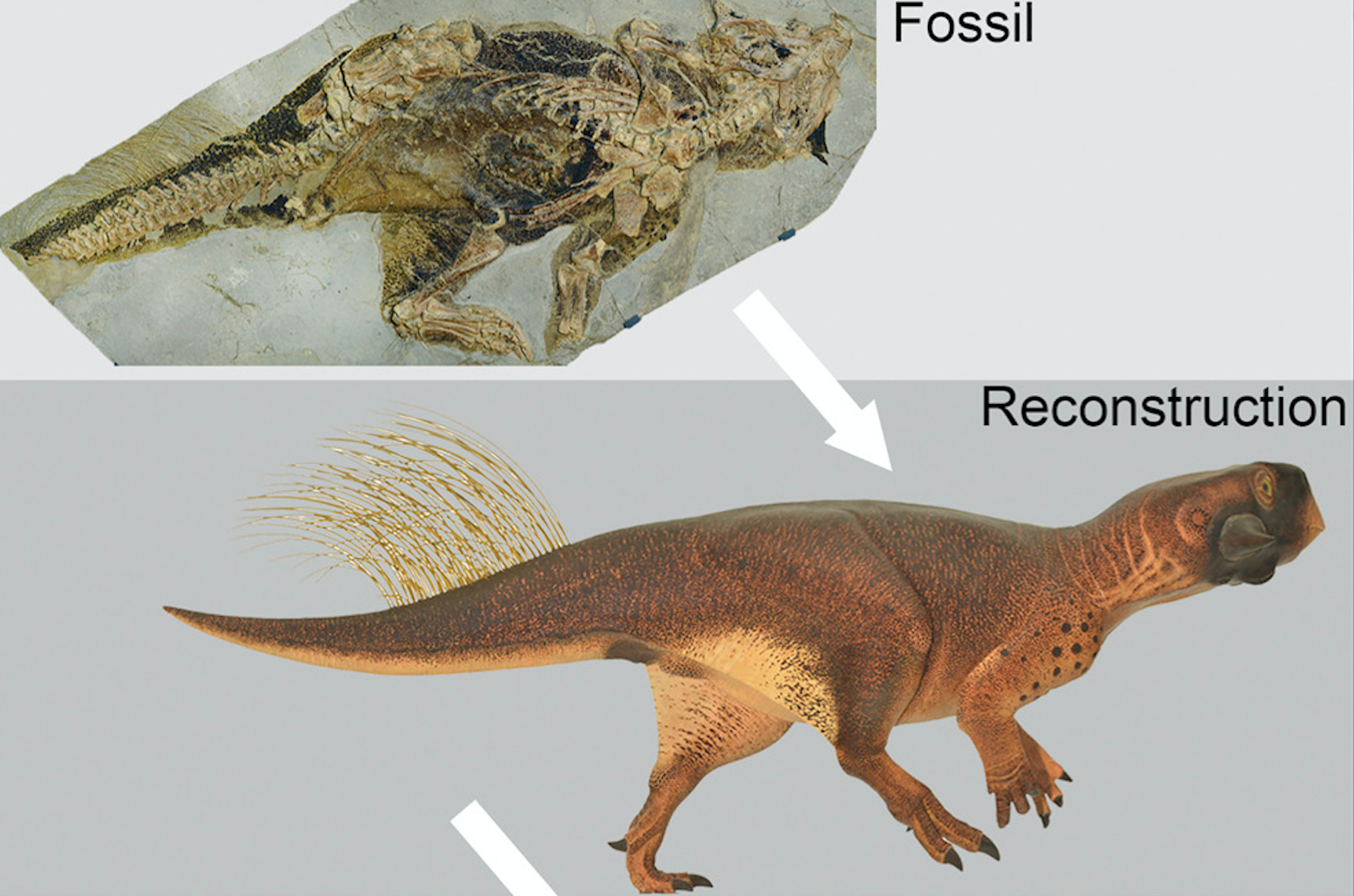 “I noticed the cloaca several years ago after we had reconstructed the colour patterns of this dinosaur using a remarkable fossil…which clearly preserves its skin and colour patterns,” Dr Jakob Vinther, the study’s lead author, said in a press release. “It took a long while before we got around to finish it off because no one has ever cared about comparing the exterior of cloacal openings of living animals, so it was largely unchartered territory,” Vinther added.

The fossil of the psittacosaurus—a Labrador-sized dinosaur that lived around 100 million years ago—provided a jumping off point for Vinther’s colleague, Robert Nicholls, a palaeoartist, to illustrate the cloaca. Dr Diane Kelly, an “expert on vertebrate penises and copulatory systems,” also shaped the reconstruction.

Quite amazing coverage - and headlines - for this latest @UoBEarthScience research into #dinosaurs and their nether regions.https://t.co/yTjq5NuYJy

“We found the [cloaca] does look different in many different groups of tetrapods, but in most cases it doesn’t tell you much about an animal’s sex,” Kelly added in the press release. She notes that the distinguishing physiological features of a dinosaur’s sex are usually kept inside their cloaca; hence there being no fossil evidence of what they were.

Luckily, for anyone now fascinated with the cloaca, it’s not unique to dinosaurs! In fact, it’s present in all amphibians, reptiles, birds, and elasmobranch fishes (sharks, rays, and skates). And even in some mammals, like moles.

Along with its other distinctive uses, the authors also say the psittacosaurus’ cloaca may have been used for reproductive signaling. “Knowing that at least some dinosaurs were signalling to each other gives palaeoartists exciting freedom to speculate on a whole variety of now plausible interactions during dinosaur courtship,” Nicholls said in the press release. Adding that this reconstruction of the dinosaur’s multi-tasking hole is a “game changer.”