With so many channels and streaming sites, today’s television landscape doesn’t look anything like it did in 1988. But soon a little bit of 1988 will be coming to the small screen, along with a whole lot of the past, present, and future. Amazon has announced a new series based on Brian K. Vaughan’s time-traveling graphic novel Paper Girls.

Deadline reports Amazon Pictures has won the rights to a new series based on Vaughan’s best-selling comic about four teenage paper delivery girls who get caught up in a time-traveling war spanning the distant past and future of the 20th and 21st centuries. The show, co-created by Vaughan (who recently signed a deal with Legendary) and Cliff Chiang, comes from Legendary Television and Plan B (12 Years a Slave, Moonlight). Toy Story 4 writer Stephany Folsom will serve as co-showrunner and executive producer on the series. Folsom will co-showrun with Christopher C. Rogers. Brian K. Vaughan, Cliff Chiang, Plan B, Christopher Cantwell, and the showrunners will serve as executive producers.

On April 26, 2021, the Paper Girls cast was announced. According to Deadline, Sofia Rosinsky, Camryn Jones, Riley Lai Nelet, and Fina Strazza will play the four leads: Mac Coyle, Tiffany Quilkin, Erin Tieng, and KJ Brandman, respectively. On May 6, another name was added to the cast. Stand-up comedian and actor Ali Wong will play (adult) Erin Tieng. Wong previously starred in Always Be My Maybe and Birds of Prey. 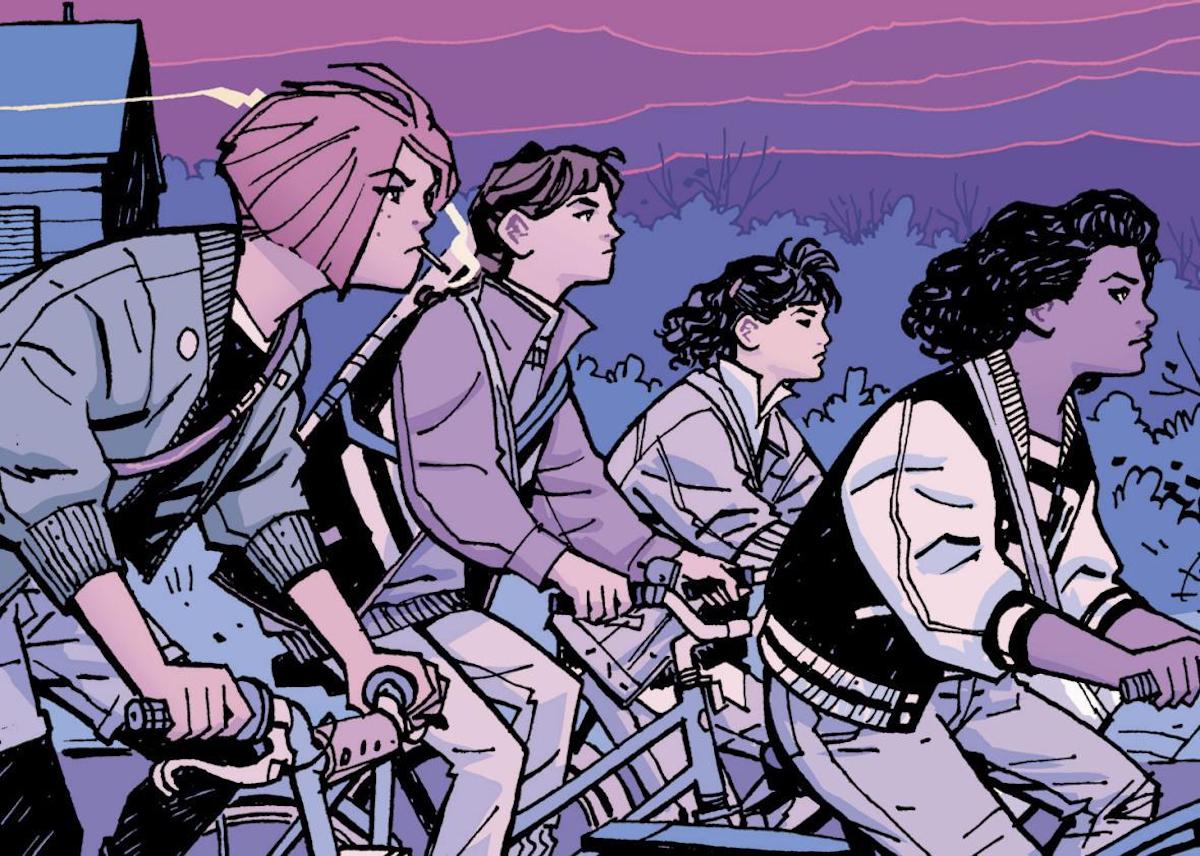 Paper Girls follows Erin, Mac, KJ, and Tiffany—four delivery girls who, after being robbed by another group of teenagers the morning after Halloween in 1988, find a time machine. They learn the teens who robbed them are time travelers, and from there the girls embark on a journey through the past and present, where a war between the teens they encountered and a group known as the “Old-Timers” is being waged. During their exploits in time, the girls even encounter older versions of themselves, forcing them to face the people they will become.

This isn’t the first TV adaptation of one of Vaughn’s comic books. He is an executive producer on FX’s adaptation of his series Y: The Last Man, and he serves as an executive consultant on Hulu’s Runaways, also based on his comic. He is also currently writing a Gundam movie for Legendary. Hmm… wonder where he finds the time to do all of this…

Amazon Pictures has not announced when production will begin, or a scheduled release date. So unless you have a time machine, it could be awhile before Paper Girls gets delivered to the screen. Ugh. Waiting is so last century.