Change is coming to the world of animation, and it’s a good change: the Disney Channel cartoon The Owl House now officially features an out LGBTQ+ character. As io9 reports, it’s not only a first for the popular children’s show. It also marks the first time Disney has fronted a queer leading character in any of their stories.

Over the course of the series, there have been subtle hints that the show’s main character, Luz, might be queer. A recent storyline showed her becoming particularly close to her former rival, Amity, which culminated in the latest episode. Viewers learned that Amity was planning on asking Luz to go to the prom with her… and not just as a friend. Owl House‘s creator, Dana Terrace, confirmed Amity’s bisexuality on Twitter adding “Representation matters! Always fight to make what YOU want to see!”

This marks a big step for Disney, who despite being one of the biggest and most influential corporations, has offered its audience very little in the way of queer representation. Earlier this year, Pixar released an LGBT short on Disney+ and its recent film Onward included a brief cameo from a queer character voiced by Lena Waithe. On the superhero side, Marvel will finally get canonically queer superheroes in Phase 4 with Thor: Love and Thunder and The Eternals—but only after 22 films and a decade of characters. 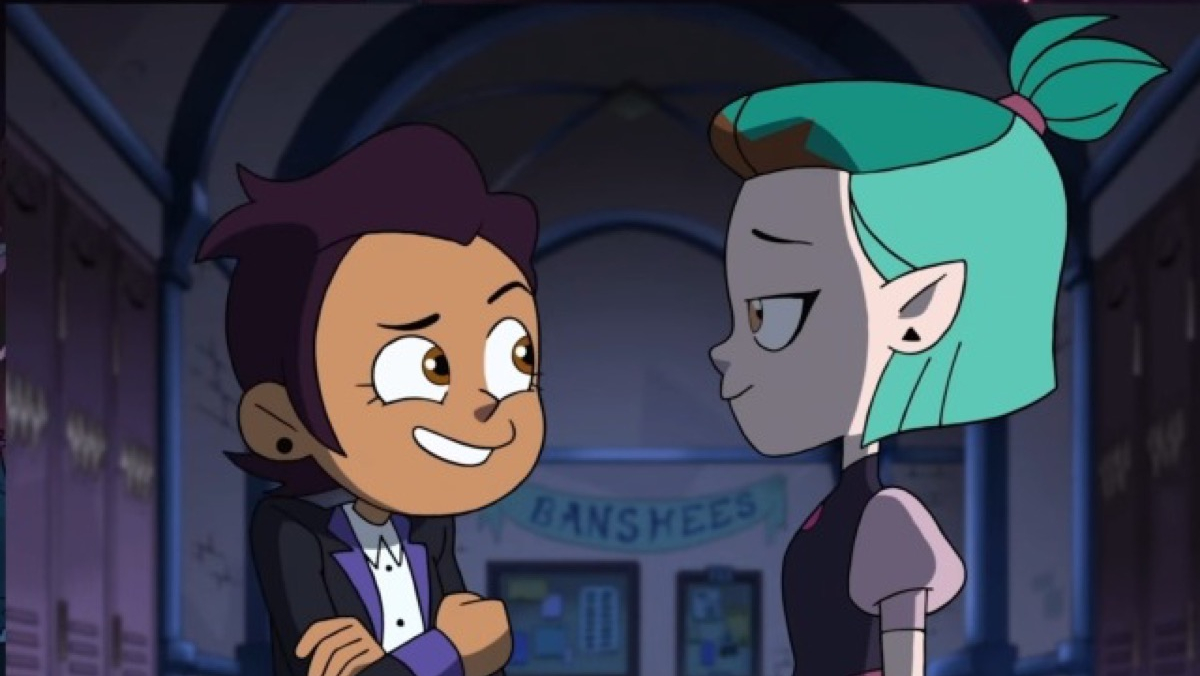 In her tweet, Terrace noted that she always intended to put queer kids in the main cast of her show, but “when we were greenlit I was told by certain Disney leadership that I could NOT represent any form of bi or gay relationship on the Channel.” Alex Hirsch, creator of Gravity Falls, weighed in with his happiness and confirmed that when he was working on his show back in 2012, “Disney FORBADE me from any explicit LGBTQ+ rep.”

Back when I made GF Disney FORBADE me from any explicit LGBTQ+ rep. Apparently “happiest place on earth” meant “straightest” But as of today, thanks to @DanaTerrace & team there are explicitly queer ANIMATED MAIN CHARACTERS on DISNEY TV. Im so proud & happy to say that #OwlHouse https://t.co/AlxUlbcy5j

It seems that Disney is finally taking the steps to bring more queer characters into the spotlight—and more importantly, into the world of animation. 2020 may be a tough year, but there have been a handful of positives. And representation in animation is definitely one of them.