The last few years have seen Disney’s first openly gay characters on the big screen… but you might not have noticed, because onscreen acknowledgment of these characters’ sexuality is typically so fleeting it barely registers. The live-action Beauty and the Beast kinda/sorta formally confirmed the sexual preferences of Josh Gad’s LeFou. Last year’s The Rise of Skywalker featured the first gay kiss in Star Wars for roughly a nano-second. Pixar upped the ante with Lena Waithe’s cyclops officer in Onward, who went so far as to casually reference her girlfriend in an actual line of dialogue. Needless to say, the Mouse House hasn’t exactly been a beacon of representation. But a new Pixar short on Disney+ isn’t sidelining its gay character. Out features the studio’s first gay protagonist, and the short’s story is about letting his parents know who he really is.

…Granted, because this is still Disney and Pixar, that involves some gay fairy godparent animals and accidentally swapping bodies with a dog. 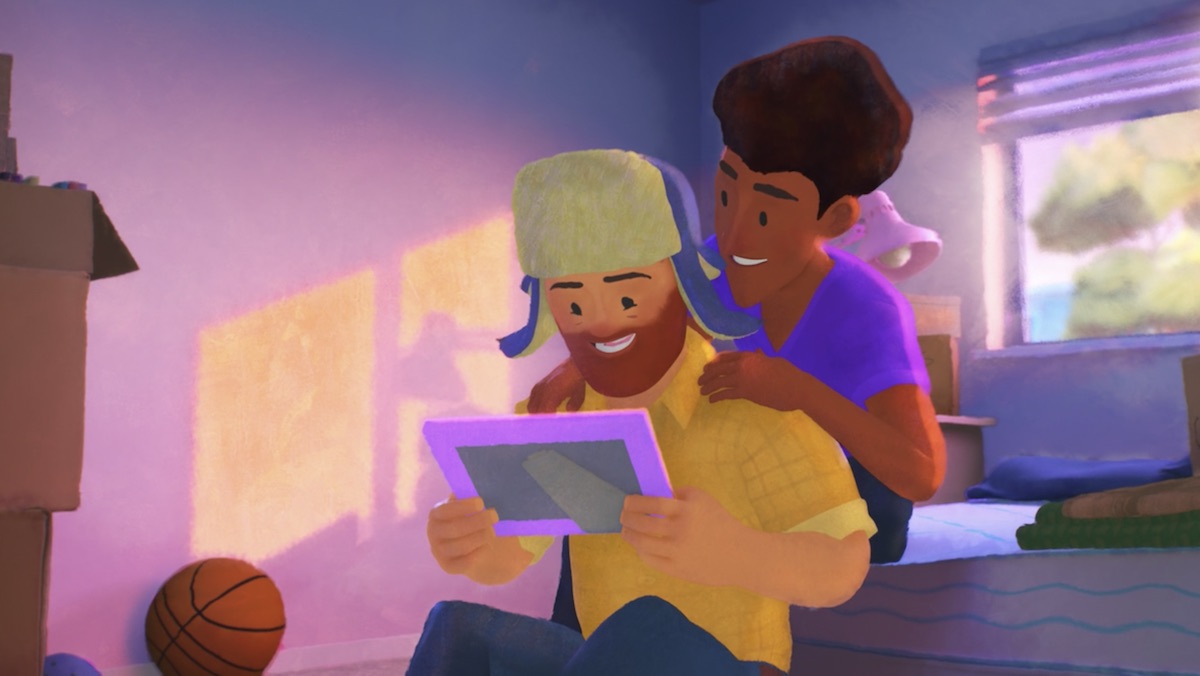 Out, which we first heard about at EW, is a new entry in Disney+’s animated SparkShorts series. The latest mini-film follows Greg, who is about to move to the city with his boyfriend Manuel. Greg’s day is turned upside down when his parents, whom he has not come out to yet, unexpectedly stop by to help him pack. Things only get worse when he then undergoes a magical body swap with his dog Jim.

His adventures as a canine teach him new lessons about his family and himself that lead to the type of Disney ending straight characters have been getting for decades. 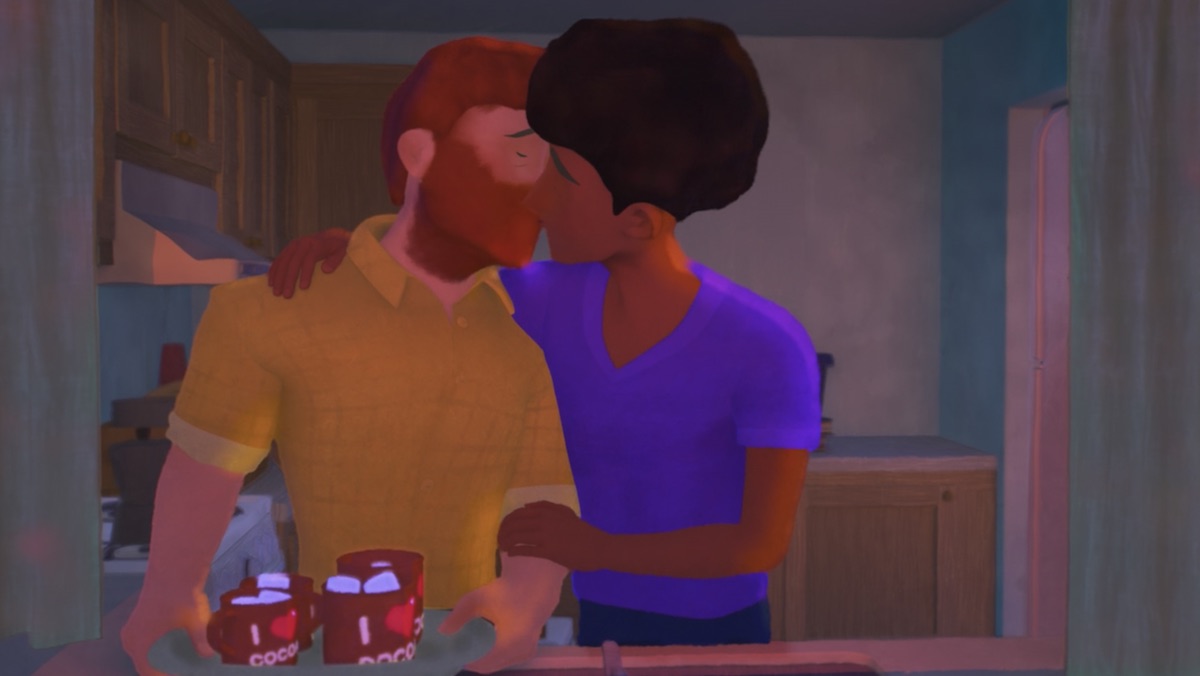 Out, written and directed by Steven Clay Hunter, might not have been released on the big screen, so there’s still a long way to go. But this still a big breakthrough for LGBTQ representation at the Disney and Pixar.