Get Ready for Oscar Isaac, a Guitar, and 'The Hippopotamus Song’ - Nerdist

Get Ready for Oscar Isaac, a Guitar, and ‘The Hippopotamus Song’

Can you imagine a conversation with Oscar Isaac where hearing about the inception of his magnificent Dune beard isn’t the best part? Recently, Isaac went on The Tonight Show Starring Jimmy Fallon. There, he discussed all manner of interesting things. And yes, that included an ode to his Dune beard. He also shared how he and Scenes From a Marriage co-star Jessica Chastain bonded over The Great British Bake Off and Succession. (And also tea and potato chips.) But the best part of his appearance on The Tonight Show? Oscar Isaac’s “The Hippopotamus Song.” Warning, Isaac cautions, “The Hippopotamus Song” can get intense. And so can Oscar Isaac playing the guitar.

But what is “The Hippopotamus Song” exactly? Conversation of the song came about when Fallon asked Isaac how he and Dune co-star Timothée Chalamet developed their on-screen relationship. Fallon asked if Isaac played Chalamet any lullabies, as he does to his son. Conversation then veered to the original songs Oscar Isaac writes on the guitar. Especially the ones he plays to his actual children. The most popular of Oscar Isaac’s lullabies is the “The Hippopotamus Song.”

This song is so energetic, it may not have the desired effect. Still, it is a lot of fun. It would absolutely delight a child. In all honesty, we are delighted ourselves. And “The Hippopotamus Song” is catchy. Fallon and Isaac get into singing it, with Fallon singing along and Isaac animatedly playing his guitar. 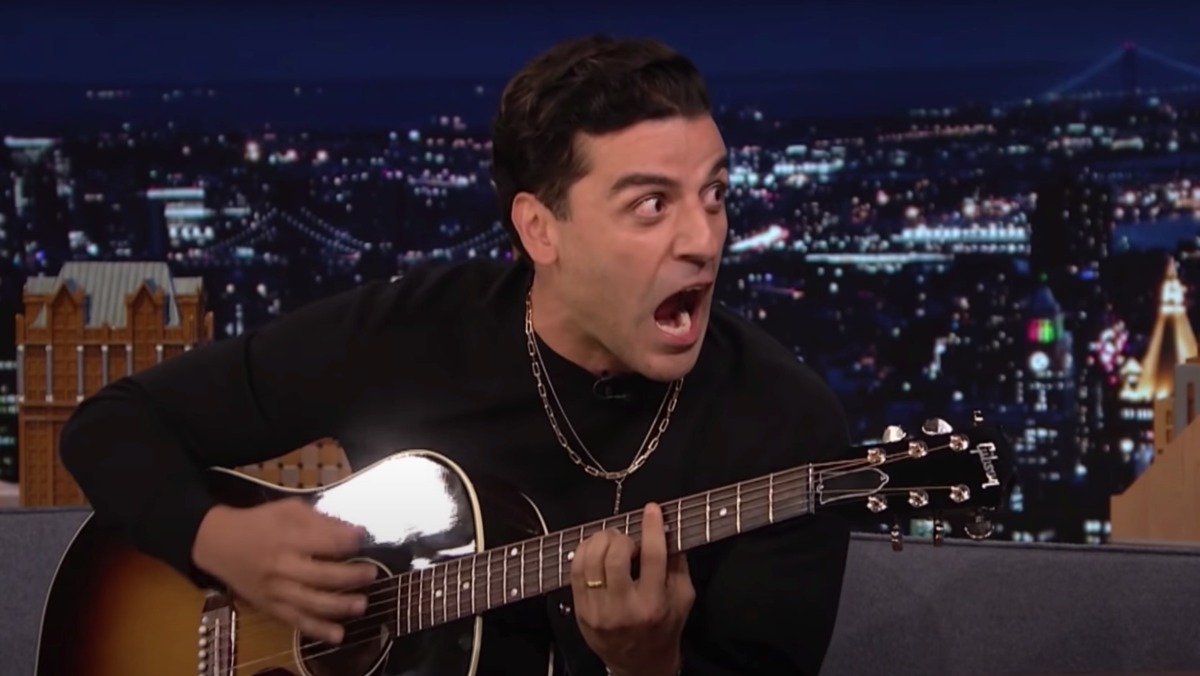 Here are some of the lyrics for those who want to sing along:

While we’re on the topic… Sign us up to watch this music video. We vote “The Hippopotamus Song” plus Oscar Isaac playing the guitar with a beard all in one. The world deserves this one. Maybe Fallon can have a cameo. We imagine Isaac’s hippopotamus co-star would absolutely love this song too.