The last few months haven’t exactly been the best time to be a Harry Potter fan. But we don’t have to only focus on the hateful, hurtful words of the franchise’s creator. The Wizarding World is bigger and better than that. And there are still plenty of other reasons to love and celebrate the Boy Who Lived. That includes the films’ incredible, memorable score written by the legendary John Williams. It’s his music that the all-new Firebird Pops Orchestra played for its inaugural event.

And while we wish they could have played it for us inside a musical hall in front of a live audience audience, this virtual performance of “Harry Potter Symphonic Suite” provides a unique way to enjoy its many layers and instruments.

In an introduction on YouTube, Firebird Pops Orchestra Founder and Music Director Brendan Kenney shared that the orchestra is a dream ten years in the making. However, he didn’t imagine it would come true under these circumstances. Because of COVID-19, his ensemble had to premiere under very different circumstances than he would have liked. Almost 60 musicians had to perform “together” virtually. And instead of a full show, they had to debut with a single song. Luckily, they picked a good one.

“Harry Potter Symphonic Suite” consists of music from Harry Potter and the Sorcerer’s Stone. Some parts are not actually in the movie, so they might be knew to you. The enchanting medley, which captures the full range of John Williams’ indelible score, features pieces from “Hedwig’s Flight,” “Nimbus 2000,” “Hogwarts,” “Diagon Alley,” “Voldemort,” “Quidditch,” “Family Portrait,” and “Leaving Hogwarts.” 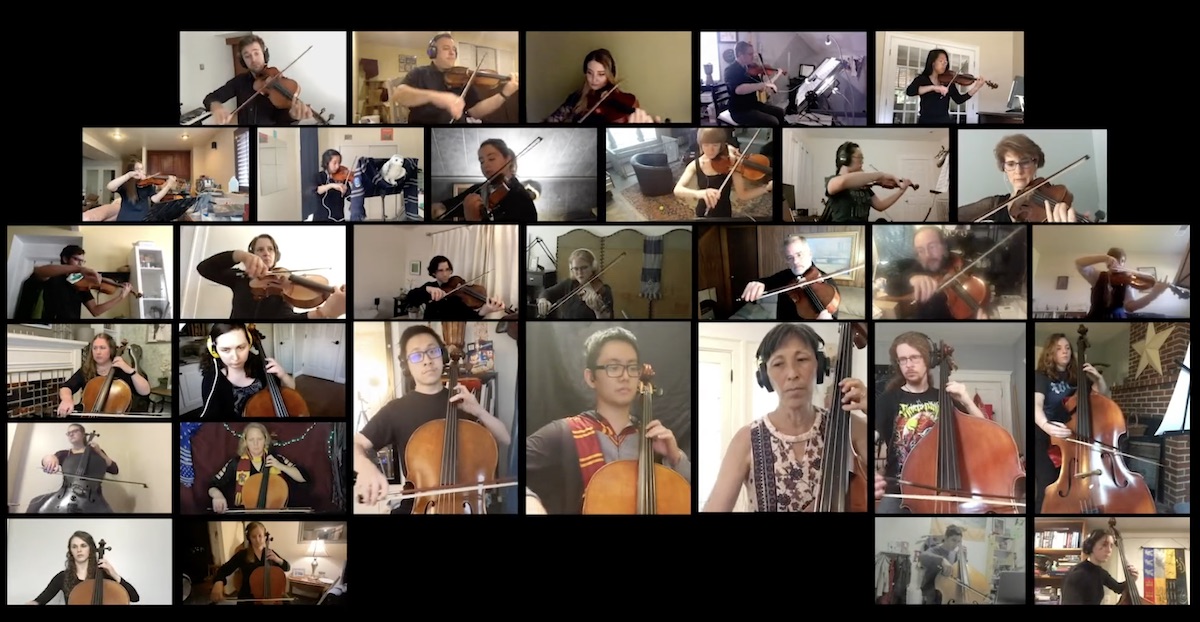 Despite being forced apart, this virtual performance offers a different, informative perspective for those of us who aren’t musicians. The video is edited to let us see the different instruments that are used in different parts, as they come in and out of the song. We can literally see how each track comes to life to create them.

It’s like getting to see the magic firsthand. And it’s a nice reminder that there’s still reason to love Harry Potter.