Daniel Radcliffe is an inspiration to many of us. The actor best-known for his portrayal of boy wizard Harry Potter in the eponymous series spent the years post-Potter experimenting with his acting chops in the horror genre, on the Broadway stage, in indies, and more. Radcliffe is also an outspoken advocate for the LGBTQIA+ community, and as such a vocal proponent of rights for all, it was inevitable that he would eventually speak up about J.K. Rowling’s recent Twitter behavior. 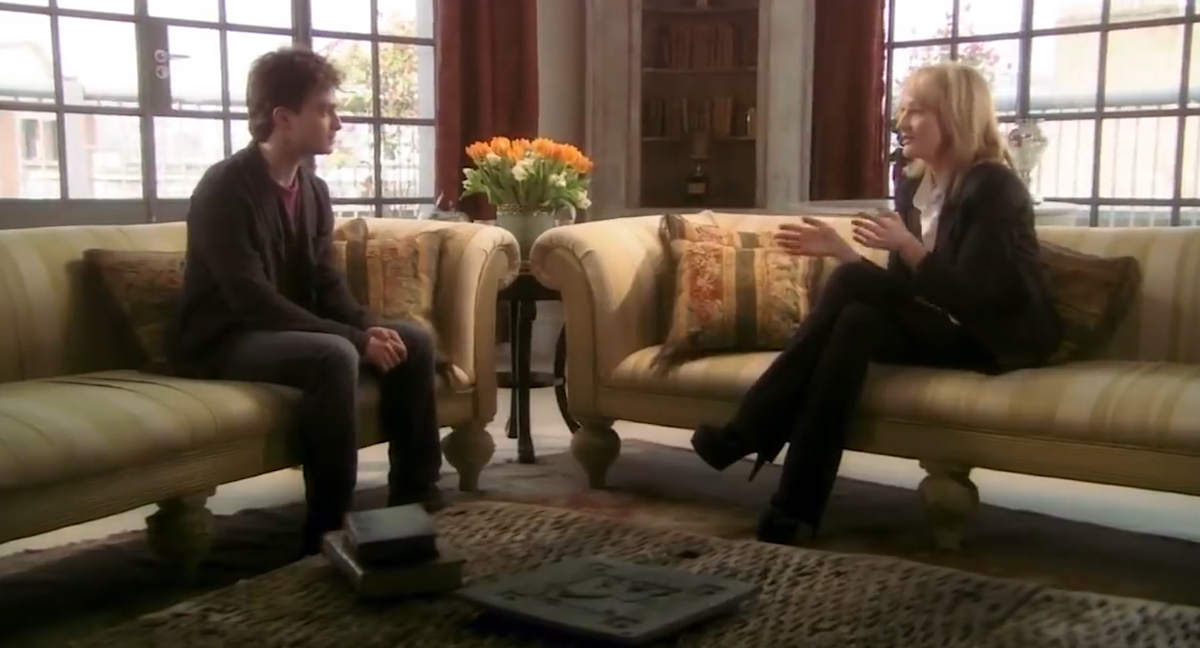 Rowling, the author of the Potter novels, has come under fire recently for tweets and Twitter antics that many consider transphobic. She capped it off with a recent tweet that read, “I know and love trans people, but erasing the concept of sex removes the ability of many to meaningfully discuss their lives.”

If sex isn’t real, there’s no same-sex attraction. If sex isn’t real, the lived reality of women globally is erased. I know and love trans people, but erasing the concept of sex removes the ability of many to meaningfully discuss their lives. It isn’t hate to speak the truth.

Rowling’s obsession with the “scientific” definition of sex and gender also got extra weird a few weeks ago, when she accidentally inserted text about TERFs, or “trans-exclusionary radical feminist,” into a tweet reply to a child.

In a thoughtful and respectful post on The Trevor Project’s website, Radcliffe acknowledged Rowling’s recent tweets and showed his support for the trans community.

“Transgender women are women,” Radcliffe wrote. “Any statement to the contrary erases the identity and dignity of transgender people and goes against all advice given by professional health care associations who have far more expertise on this subject matter than either Jo or I.“

In all seriousness, Daniel Radcliffe is saving lives with this statement. As a trans person, I used movies and books as an escape from my life and Harry Potter was one of those spaces I found refuge in.

From one Harry to another... thank you. pic.twitter.com/6tU3XsjQPb

He went on to site statistics from The Trevor Project, a suicide hotline for LGBTQIA+ youth, about the discrimination rate for young transgender and non-binary people. And though he acknowledged that Rowling is responsible for the project that kickstarted his career, his words send a clear message: he does not support Rowling’s stance.

And though she hasn’t released an official statement, it’s clear where Hermione Granger actress and feminist Emma Watson stands on the matter.

We commend Radcliffe for speaking up for trans and nonbinary people, and for using his very famous name to represent those who face some of the the worst discrimination in this world. The boy who lived continues to be the boy who rules, and an inspiration to us all.