Here's What Would Happen If We Nuked the Moon - Nerdist

Here’s What Would Happen If We Nuked the Moon

Because nuclear bombs offer one of the handful of ways humanity could potentially end itself, the gargantuan destruction they cause is worth thinking about. To imagine what would happen if someone detonated a modern nuclear bomb within a city, for example, reveals a nightmare beyond imagination. Now, we also have a look at what would happen if humanity nuked the Moon.

The YouTube channel Kurzgesagt—which literally translates to “in a nutshell” from German—created the above video. The channel has previously made countless explainers educating people on complex topics, from “stellar engines” to genetic engineering. As well as other frightening nuclear-bomb scenarios. 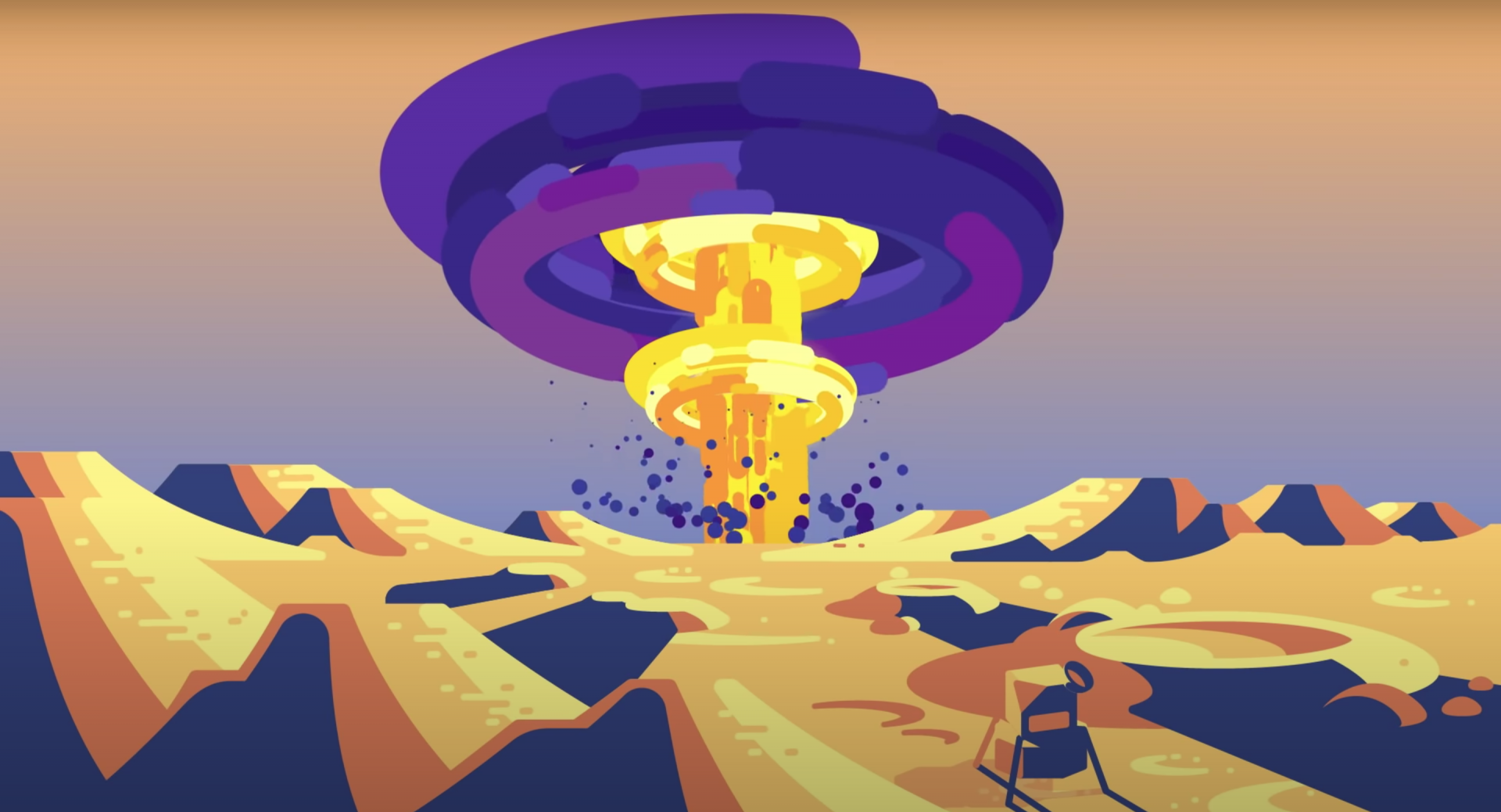 Kurzgesagt notes the impetus for the video was a study the U.S. Air Force commissioned during the Cold War. During the period, spanning from the late ’40s to the early ’90s, the Moon was a consideration for military bases. As part of the exploration into what the Moon could offer a nuclear-armed nation, the study modeled what would happen if we nuked it.

Using a 100 Megaton thermonuclear warhead as a reference—that’s twice as powerful as the most powerful one ever detonated—Kurzgesagt shows how nuking the Moon would create a massive explosion on its surface; one unimpeded by an atmosphere, allowing it to expand much further than it would here on Earth. 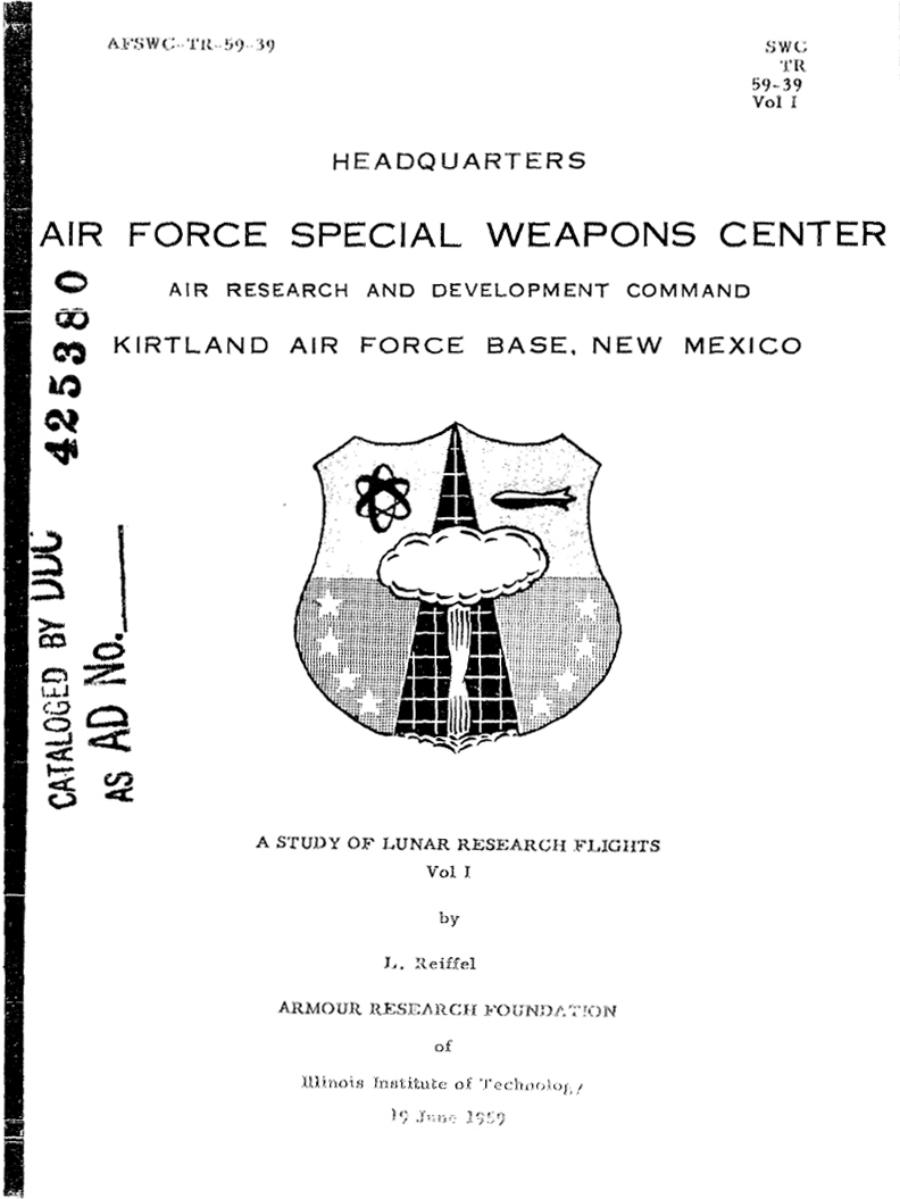 The lack of atmosphere would also mean anyone looking at the nuclear bomb blast would die. Kurzgesagt notes that Earth’s atmosphere is ultimately what stops the radiation from nuclear bomb explosions from spreading. But on the Moon, it would radiate freely, and even kill people in orbiting spaceships.

The theatrics would be quick, however, and, in a cosmological sense, the explosion wouldn’t be that remarkable. The study found the Moon’s orbit would be unchanged (Kurzgesagt says a nuke would move the Moon as much as somebody blowing air would move a truck), and it would simply be left with another crater on its surface. 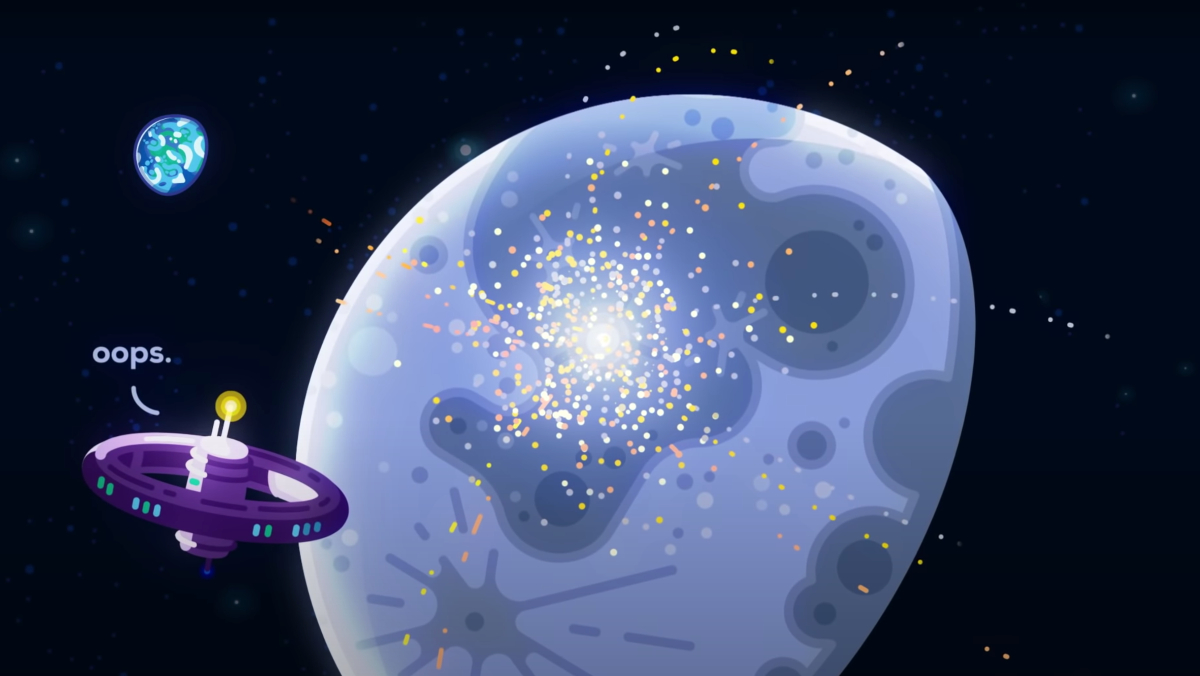 For humanity, however, the bomb blast would be quite terrible. Pieces of the Moon would rain down on Earth and wipe out satellites and spacecraft in orbit. There would also be radioactive debris on the Moon’s surface. But while terrible, this is nothing compared to what would happen if we detonated a nuke on Earth.