Let Chris Hemsworth Lead You on a Goofy Guided Meditation

As the MCU’s God of Thunder, it’s safe to say Chris Hemsworth knows a thing or two about physical fitness. But it turns out he’s also a master of mindfulness… well, he’s working on it, at least. Hemsworth released a series of meditation videos for his fitness app Centr. And as the low-key funniest Chris, the videos are as delightfully goofy as we’d expect from him. While his affirmation videos don’t promise to make 2020 any better, he’s fairly confident they won’t make the year any worse. And luckily, he absolutely clears that very low bar.

For what it’s worth, the Thor: Ragnarok actor has an incredibly soothing voice. And the meditation music is absolutely a 10/10. Unfortunately, the video is lacking in the actual relaxation department. Affirmations That Positively, Absolutely, Probably (Most Likely) Won’t Make Your 2020 Worse by Chris Hemsworth are more successful at making us laugh than actually sending us into a relaxed state.

There’s a sort of Deep Thoughts by Jack Handey quality to the video series, with their serene settings and hilariously meandering voiceovers. Each of Hemsworth’s six Affirmations videos, which can be found on Centr YouTube Channel, find Hemsworth searching for inner peace to no avail. Plagued by his own wandering thoughts or the real world distractions around him, like children, his dog, high tide. But to be fair, his internal monologue is not unlike my own futile attempts to clear my mind during yoga or while attempting to meditate.

As much as Hemsworth’s very distracted meditation sessions make for silly videos, it appears he won’t be leading Centr’s meditations. The Centr team has a number of meditation and mindfulness professionals leading the way. Plus the app has sleep visualizations to help with the racing nighttime brain, de-stressing tips, and confidence boosters. 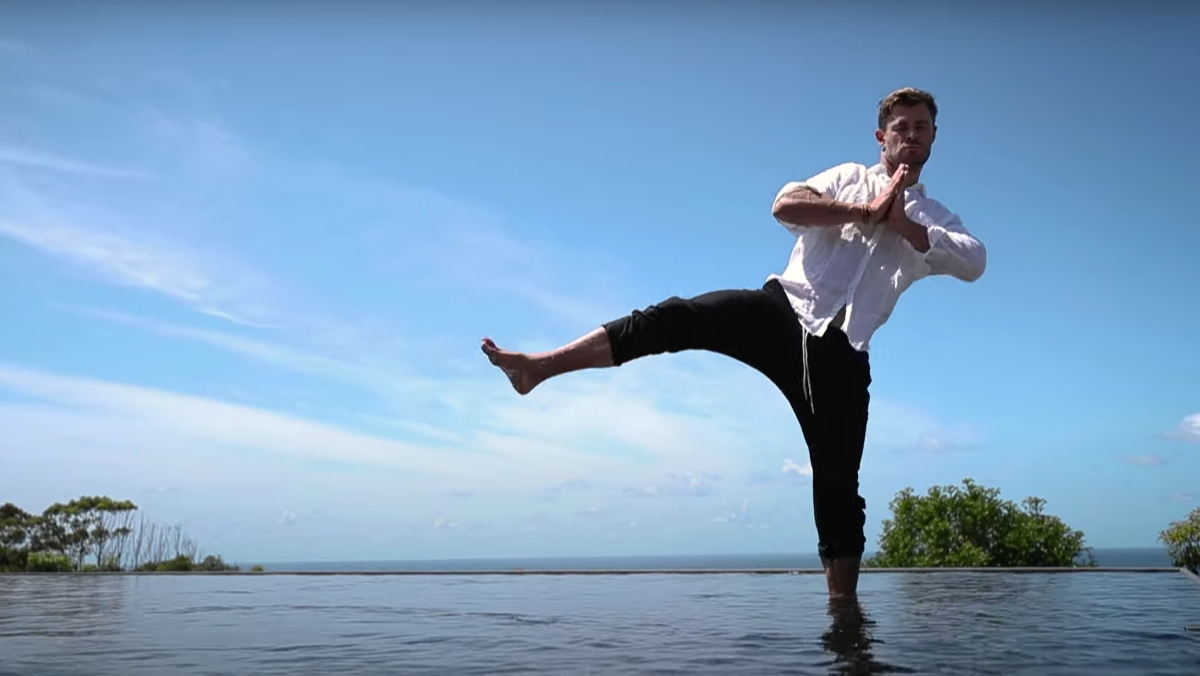 It’s probably for the best that Hemsworth isn’t quitting his day job. However, the actor definitely succeeded in making the case for setting aside a few minutes to meditate. A successful meditation session is easier said than done. And while I wouldn’t call any of the funny Affirmations videos successful meditations, it’s the thought that counts, right?