Marvel's Heroes Have Aged Up in WASTELANDERS Podcast Saga - Nerdist

Marvel’s Heroes Have Aged Up in WASTELANDERS Podcast Saga

It’s never too late to save the day, and you’re never too old to be a Guardian of the Galaxy. Hopefully. Otherwise Earth is going to be in some major trouble in Marvel’s new podcast series, Wastelanders: Old Man Star-Lord. Thirty years after super villains gained control of the planet, a past-his-prime Peter Quill and an extra grumpy old Rocket return to find a post-apocalyptic nightmare. And they’ll have to hearken back to their glory days if they have any chance at fixing the world.

But that’s just the start of a much bigger story. Some old favorites will also be returning in Marvel’s Wastelanders saga. Clint Barton and Natasha Romanoff will each follow with their own podcast series about reclaiming a world ruled by the bad guys.

Timothy Busfield (The West Wing, Field of Dreams) voices an older Star-Lord in Marvel’s newest narrative podcast series for SiriusXM. He’s joined by Chris Elliott (Schitt’s Creek, Groundhog Day) as Rocket. They’re both “a little paunchier, a little slower, and a lot saltier than they were during the glory days of the Guardians of the Galaxy.”

But after crash-landing on Earth, they find a very different, much darker world waiting for them. “Earth officially sucks” since the bad guys won. Most of the heroes Quill and Rocket knew are gone. Some old familiar faces are still around, though, and they’re all looking for the same powerful item. From the show’s official synopsis:

“The former Guardians are accompanied by a Rigellian Recorder, affectionately dubbed “Cora,” who documents their mission to find the Black Vortex—an ancient relic reported to yield cosmic powers—before guillotine collars bestowed upon them by The Collector snap their necks. In the barren, desolate wasteland of the mid-west as controlled by Doctor Doom, they encounter the ageless telepath, Emma Frost, outlaw Ghost Riders, and the bloodthirsty Kraven the Hunter. Who will find the Black Vortex first and what will be the price of its power?”

Anyone know if they make boosters for walkers? 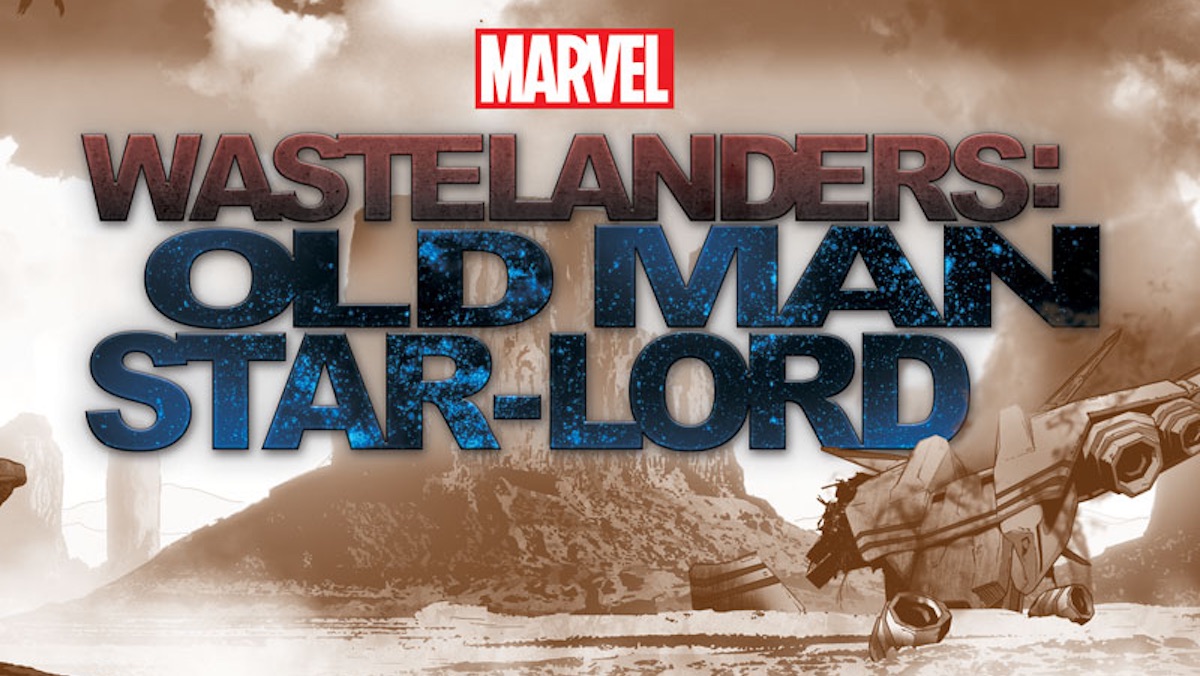 Joining them in the cast are Nadine Malouf (High Fidelity) as Cora; Patrick Page (Hadestown) as Kraven the Hunter; Vanessa Williams (Ugly Betty) as Emma Frost; and Danny Glover (Lethal Weapon) as Red. That last one is especially appropriate, because if anyone is too old for this—well, you know. 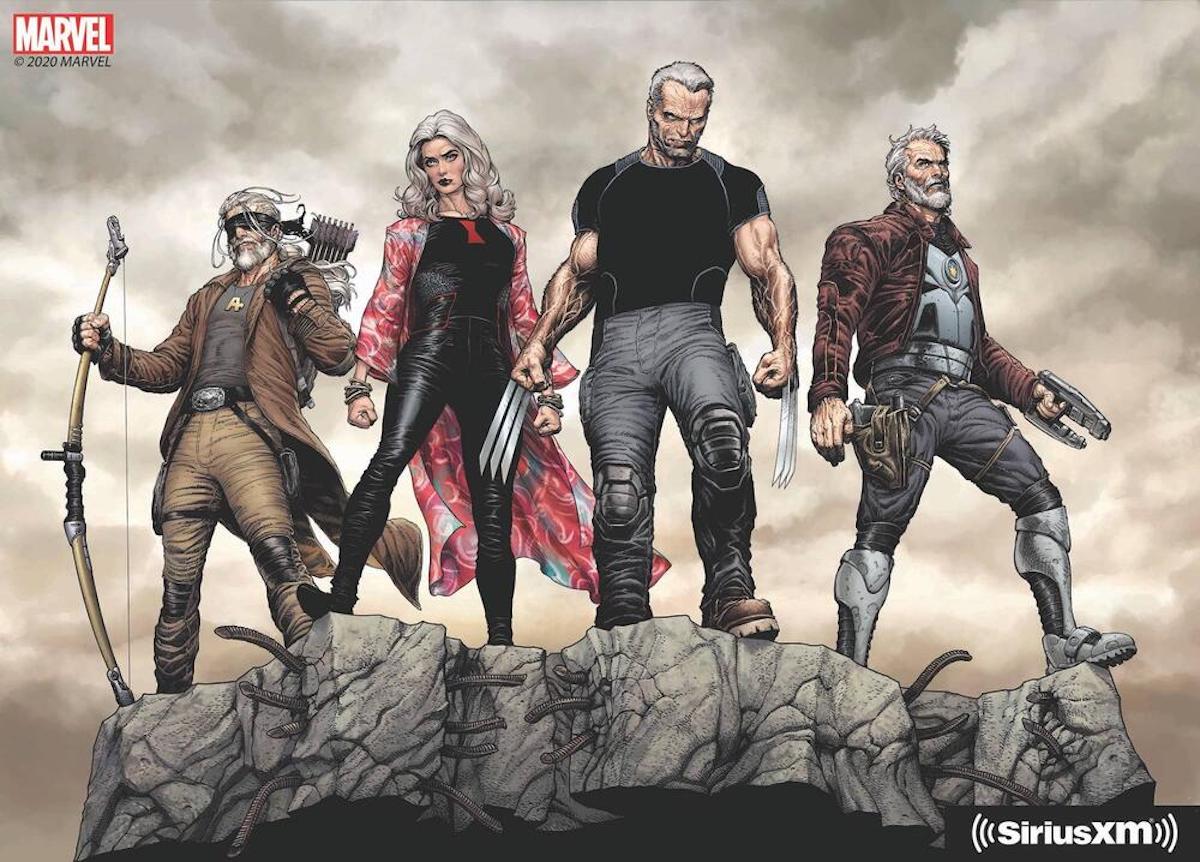 Old Man Star-Lord won’t be the end of the Wastelanders story—it’s just the beginning. New series art shows a more mature Wolverine is still around to fight. And he’s not the only familiar face left.

Then Susan Sarandon herself will play Natasha Romanoff, in the perfectly titled Wastelanders: Grey Widow series. That one does not have a release date yet. But new artwork showing the elderly Logan, Peter Quill, Clint Barton, and Natasha Romanoff will more than sustain us until we hear the entire saga.