Alien has one of the most infamous dinner scenes in movie history. But it doesn’t exactly make anyone crave a hot meal. It’s hard to feel hungry after watching a creature burst out of someone’s chest. If that happened at your local TGIF you would not finish your New York Strip. There is a now way to make space terror tasty, though. All while having a lot of fun in the kitchen. You can throw an entire dinner party inspired by the sci-fi horror franchise, with the official new Alien Cookbook. 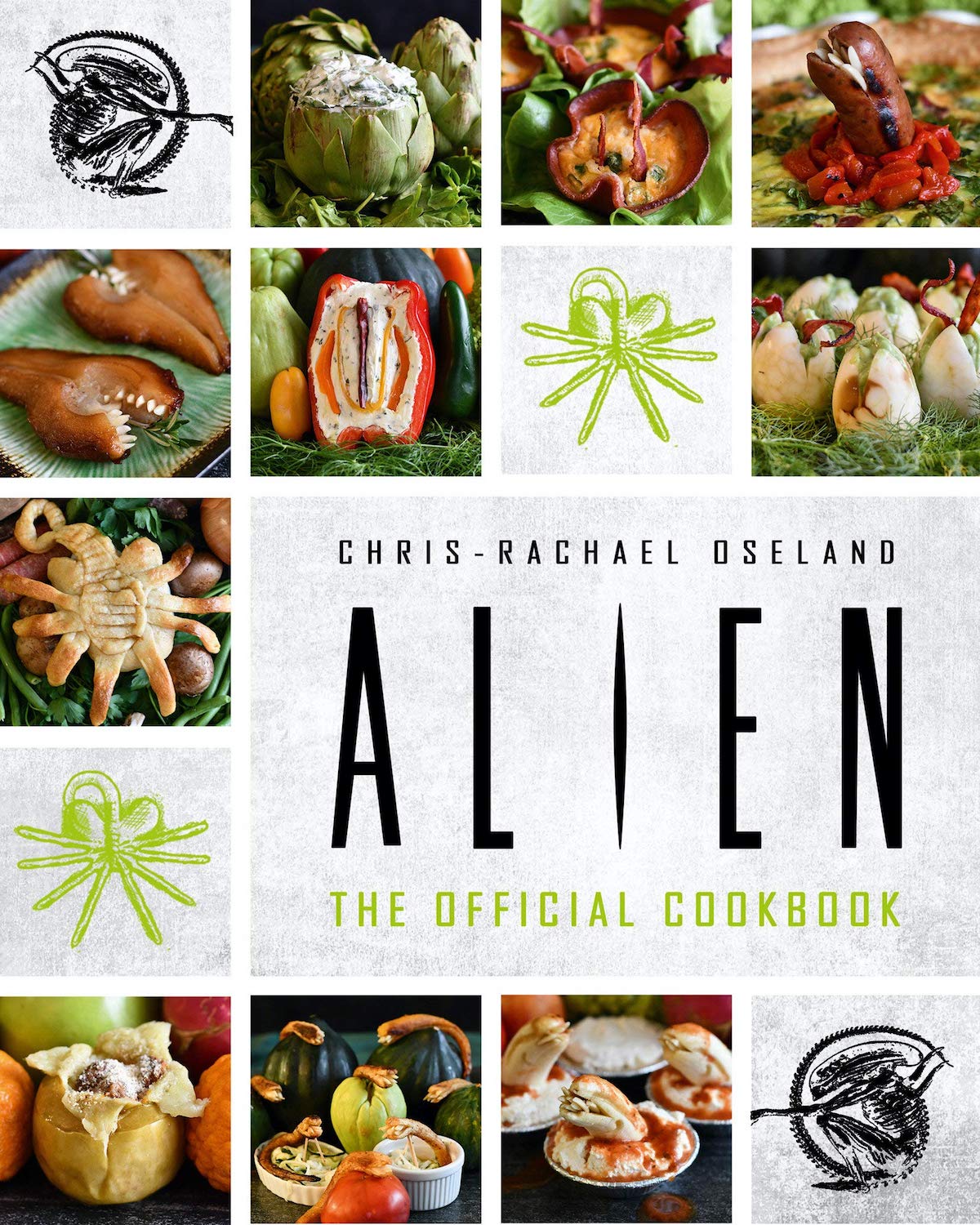 Kitchen Overlord‘s Chris-Rachael Oseland has a new collection of recipes (which we first heard about at Laughing Squid) that turns Xenomorphs into Xenomeals. Her Alien Cookbook has 50 recipes celebrating the series. Fortunately that does not include a dish that results in a monster baby turning your insides into hash. These recipes transform some of the films’ most memorable moments into amazing meals. With food that is equal parts unsettling and equal parts incredible.

Dishes include Avocado Xenomorph Egg, Oven Roasted Bok Choy Facehuggers, Red Pepper Quiche with Sausage Chestburster, and Avocado & Bacon Stuffed Deviled Alien Tea Eggs. And with recipes for appetizers, small plates, entrées, desserts, and sauces, you can make a whole meal entirely out of nightmare fuel. As the cookbook’s official synopsis says, “there’s something to whet every appetite, no matter how monstrous.” 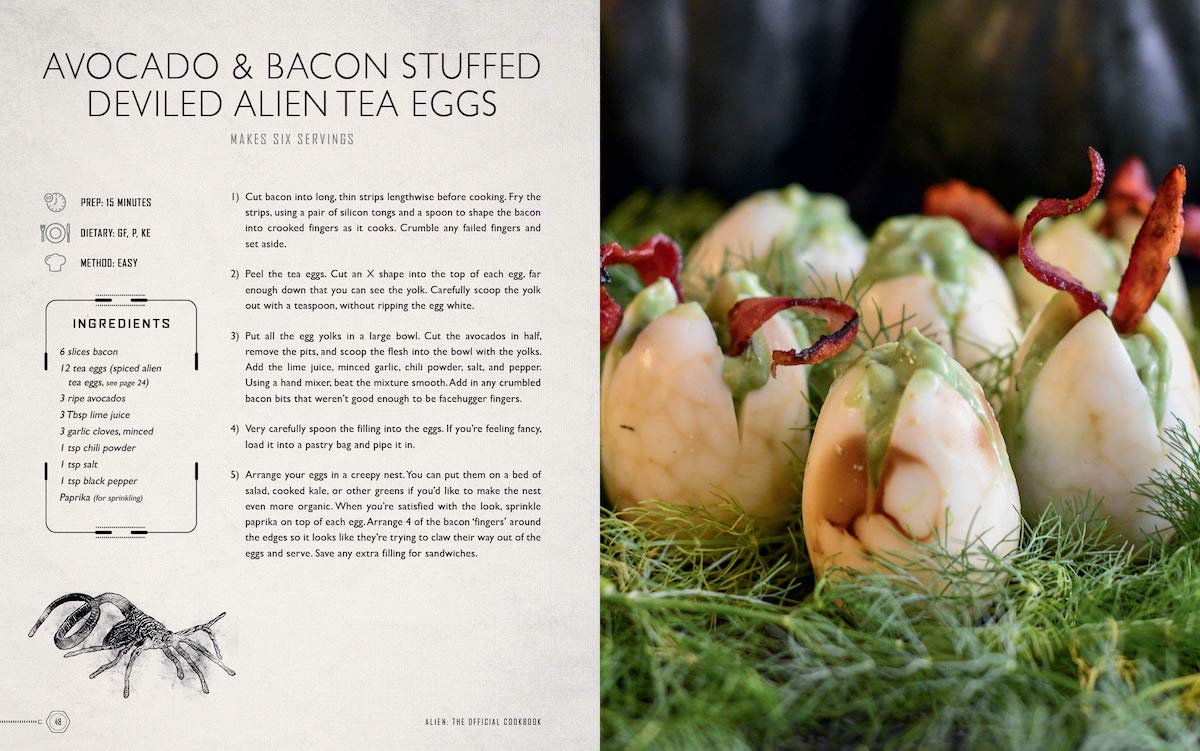 This is just the latest pop culture cookbook from Oseland. She’s written recipe books for The Hobbit, Doctor Who, and Settlers of Catan. But the Alien Cookbook, in stores now, might be our favorite one yet. The Alien franchise has never exactly made us hungry. But it sure has been a lot of fun. And eating a chestburster is definitely preferable to incubating one.

Just be careful when you’re cooking, though. In space no one can hear you scream. But if you burn yourself in the kitchen the whole neighborhood will hear you.